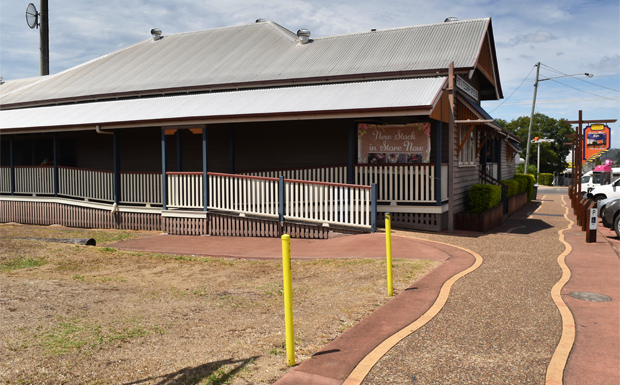 South Burnett Regional Council will receive $500,000 from the State Government towards its $1.24 million upgrade of Murgon’s CBD footpaths.

The funding, from the Works For Queensland scheme, was confirmed by Premier Annastacia Palaszczuk on Thursday.

The project will replace the footpaths on both sides of Lamb Street as well as upgrade old underground infrastructure which Council says is nearing the end of its working life.

The new footpaths will be designed to match the strip currently outside the Murgon Post Office.

The footpath funding was one of a 494 Works For Queensland projects in regional Queensland announced by the Premier in Parliament under Round 3 of the program.

The Works for Queensland program is designed to help councils deliver new infrastructure or improve the condition of existing assets and renewable energy initiatives.

“This vital funding is about getting people into work and is being used by councils for new parks, gardens, roads and other community facilities that are improving many regional towns and cities,” the Premier said.

“Councils estimate that the 494 new projects will create or support more than 4500 jobs, which is a fantastic result for regional Queensland families.

“This is on top of the more than 14,000 jobs supported by the first two rounds of Works for Queensland, making the program a regional jobs powerhouse.”

The latest projects must be completed by June 2021.