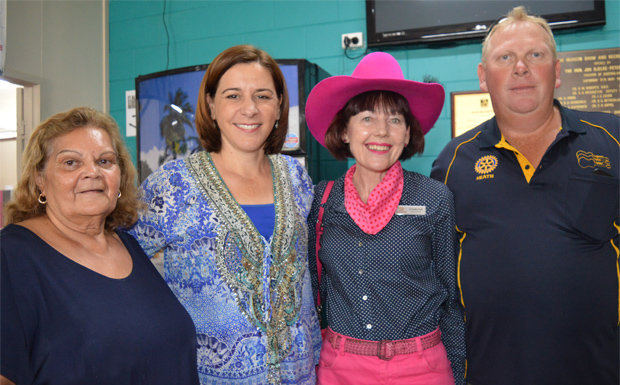 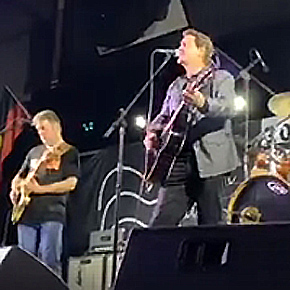 Murgon’s big celebration of country music is over for another year after a huge weekend at the South Burnett PCYC.

Caravans and campervans started turning up at the Murgon Showgrounds early last week, and by Friday afternoon there were 238 vans on site with more expected.

The professional entertainment took to the stage after the official opening on Friday, but there had been three-and-a-half days of performances by walk-up artists ahead of that.

Walk-up artists also banded together to close the event on Sunday.

On Thursday night, a dance featuring old-time and bush music attracted 280 people to the dance floor.

The PCYC’s main auditorium was packed again for Friday’s opening ceremony, which this year featured a very short pink ribbon and a hedge trimmer! (see video below).

But even more people packed in for the headline concert on Saturday night which featured multiple Golden Guitar winner Adam Harvey.

An estimated 1000 people filled the hall for the show.

The Murgon Music Muster is organised by the Rotary Club of Murgon and always provides an economic boost to local businesses.

This year the profits from the event will be distributed to the Royal Flying Doctor Service, Southern Cross Care Castra and Blue Care South Burnett.

Organisers are already planning next year’s Muster which will be held from October 31-November 3 and will feature Tania Kernaghan and Tracy Coster. 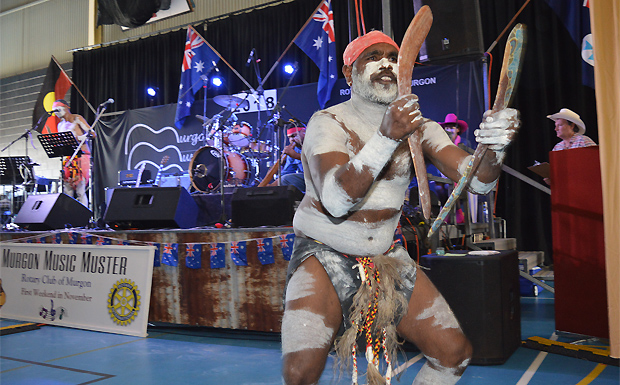 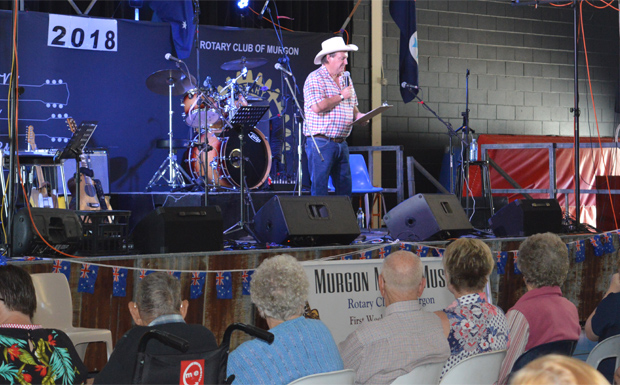 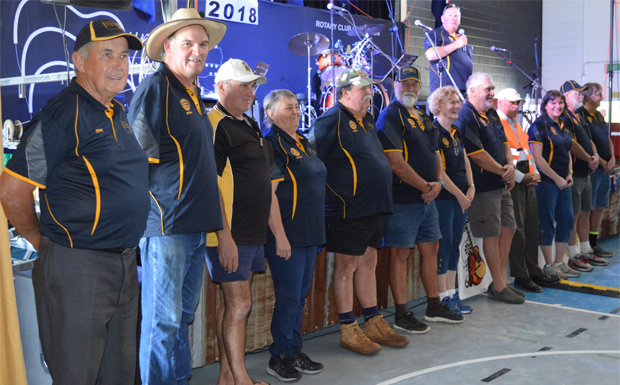 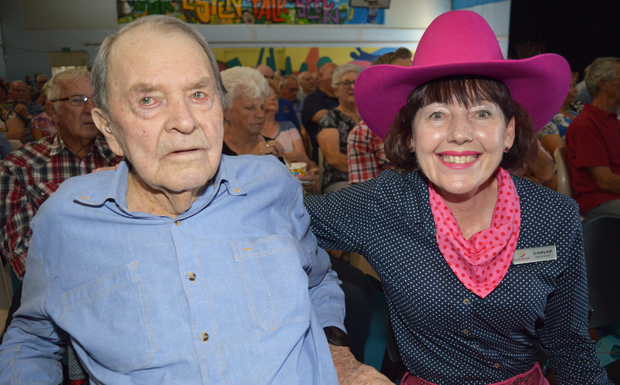 Mick Duff, from Di Di Station near Proston, hasn’t missed a Murgon Music Muster since it started and he wasn’t going to let recent health problems stop him this year … he’s photographed with his daughter, Cr Kathy Duff 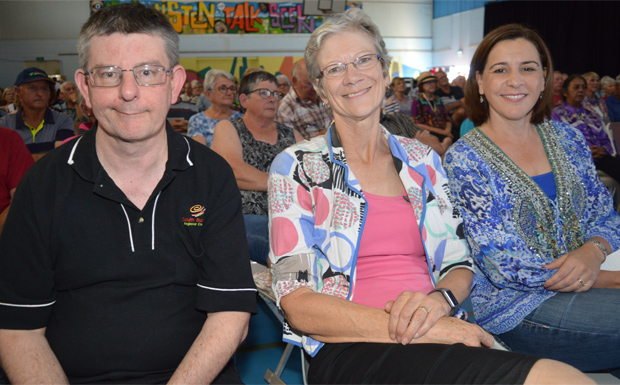