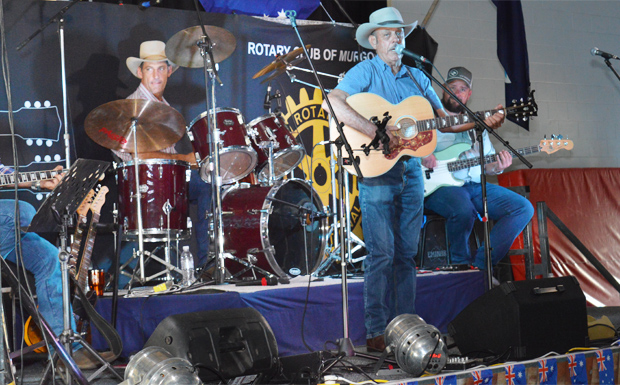 The new-look Murgon Music Muster has been hailed a great success with the new layout and sound curtains in the PCYC Hall being praised by organisers and performers.

Campervans and caravans started rolling into the Murgon Showgrounds at the beginning of the week and by Saturday, there were at least 140 vans set up on the junior cricket oval.

The amateur singers – the “walk-up artists” – had control of the stage from Wednesday until Friday afternoon, ably backed by the Southern Cross Pickers Band – Glen and Brett Albrecht, Dan Manning and Michel Rose.

They then gave way to the professional artists.

The Muster officially roared into action with an opening concert which included Aboriginal dancers from Murgon State High School and a whip-cracking demonstration from St Mary’s Catholic College.

The Murgon Music Muster is organised by the Murgon Rotary Club and run with the help of about 80 volunteers from the local community.

The club organises catering at the event for all the campers and visitors as well as running a bar, which was popular as the temperatures rose on Saturday.

There were also walk-up bush poets every morning as well as Gospel walk-up singers on Sunday morning.

The highlight of this year’s Muster was the new layout in the PCYC Hall, with the stage shifted to the western end of the building and special acoustic curtains hung along both sides of the hall and on either side of the stage.

Muster chairpeople Rowena and Heath Sander praised Andrew Beckett, from Bullroarer Studios at Murgon, for his work on the mixing deck.

“We think it’s safe to say that the sound issues in the hall are fixed,” they said.

“Between the acoustic curtains, the sound system and (Andrew’s) professional expertise, the sound was amazing, which we think no one could fault.” 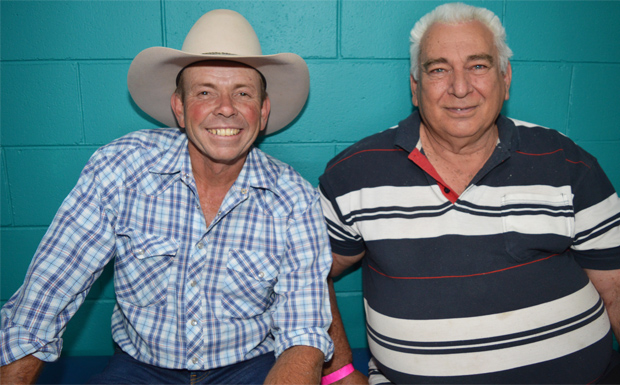 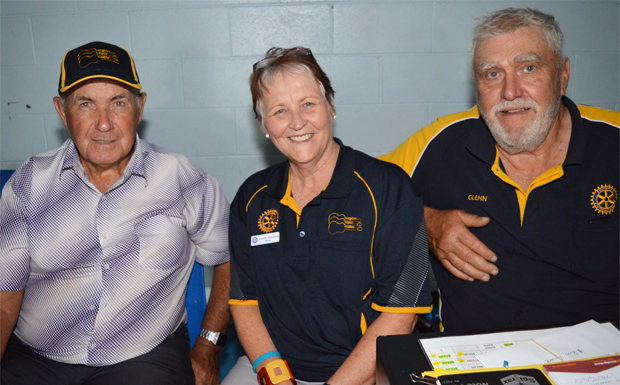 The new layout has improved the acoustics in the hall ... the stage has been relocated and large curtains down either wall have stopped the echoes 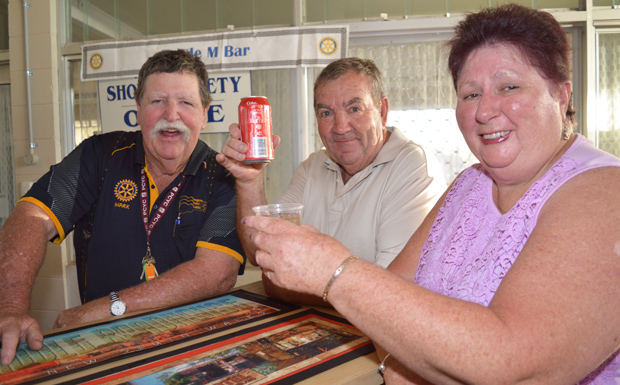 Toasting another great muster ... Mark Quinn, from Murgon Rotary, and David and Louise Blake, from Maryborough