Muster’s A Cut Above Rest 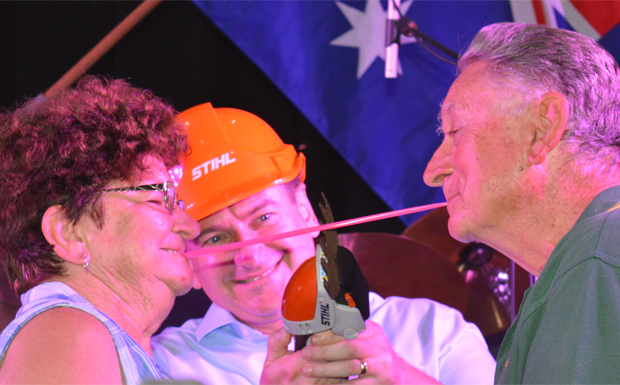 A record number of caravans and campervans have pulled into the Murgon Showgrounds for this year’s Murgon Rotary Music Muster.

Rotary president – and co-chair of the Muster organising committee – Heath Sander told southburnett.com.au that 230 vans had booked in by the time of the opening ceremony on Friday afternoon.

“We’ve broken the record!” he said.

She returned later on Friday night for her headline set, played to a packed house.

Heath Sander said two charities would be supported by Murgon Rotary from this year’s event: the Palliative Care Unit at Murgon Hospital and HeartKids.

Former Murgon police officer Cory Schmidt took to the stage to explain to the audience how important HeartKids had been to his family when his daughter Olive, now 4, had required a heart transplant.

Cory and his family had to temporarily re-locate to Melbourne while Olive waited a year for a suitable transplant organ. For most of this time she was connected to a pump which was keeping her alive.

However, she had to be constantly monitored at her bedside. Cory and his wife – also a police officer – did alternate 24-hour shifts. Their only break? From HeartKids …

Cory was overwhelmed when a former colleague from Murgon police station, Sgt Ken Slater, presented him with a cheque for $1000 for HeartKids, raised by a car club of which he is a member, the Goomeri Chrome Bumpers.

The opening ceremony also included a Welcome To Country by Aunty Vera Sullivan and a performance by the junior Wakka Wakka dancers.

Emerging local talent Emily Kinsella, from Moffatdale – who also sang at the recent Relay For Life in Kingaroy – performed two songs during the opening.

The culmination of the ceremony was the traditional cutting of the pink ribbon.

Previously a chainsaw was used, but this year compere Deputy Mayor Kathy Duff opted for something a bit safer … a cordless grass trimmer.

Cr Duff conscripted two volunteers from the audience to held the very short pink ribbon – in their teeth! – while Member for Wide Bay Llew O’Brien wielded the cutter.

The Muster will continue all day Saturday and will wind up on Sunday. 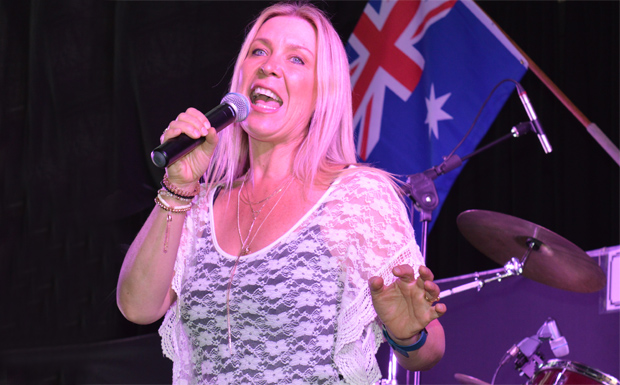 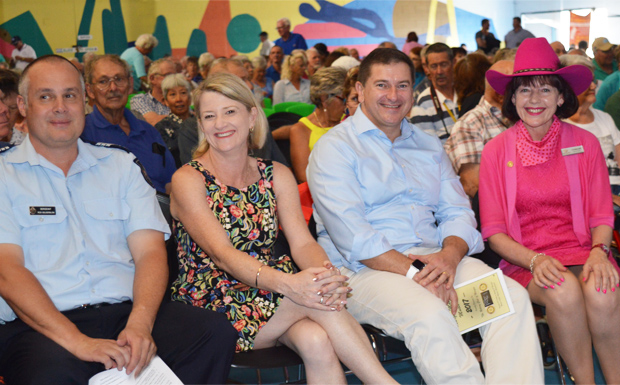 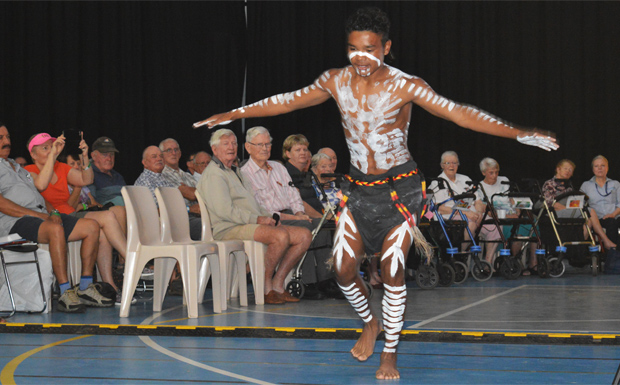 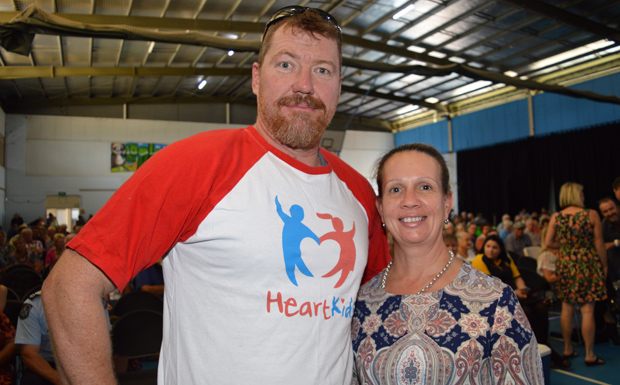 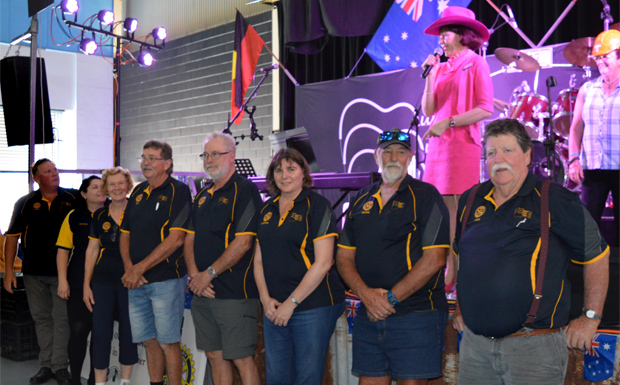 Cr Kathy Duff, who compered the opening ceremony, ensured that all the Murgon Rotary volunteers who have been working hard at the Festival received acknowledgment from the large crowd 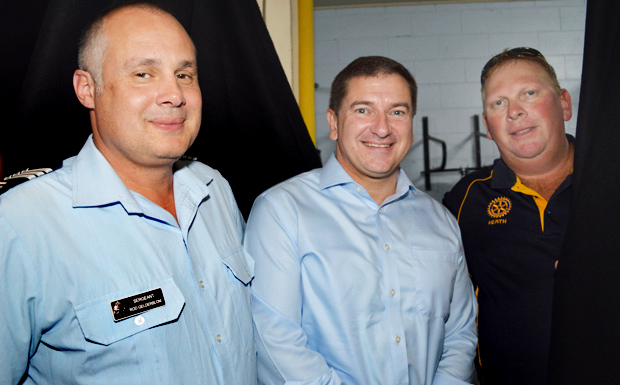 Another important acknowledgment at the opening ceremony was the $20,000 grant from the Federal Government, an election promise by Member for Wide Bay Llew O'Brien, which enabled acoustic curtains to be hung around the PCYC Hall to stop echoes during the Muster ... with the curtains, from left, South Burnett PCYC manager Sgt Rod Gelderblom, Llew O'Brien, and Murgon Music Muster co-chair Heath Sander