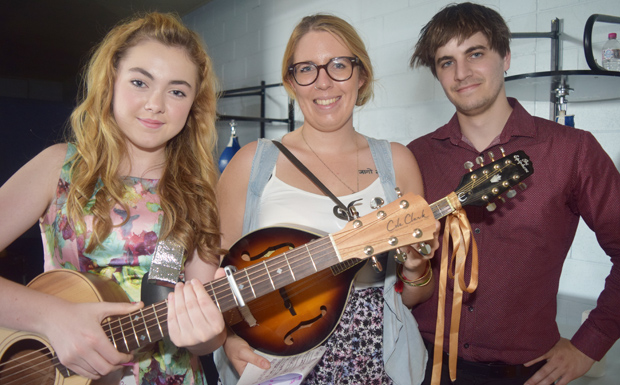 Bridget O'Shannessy, Asha Constance and Dan Kerin came up from Brisbane for the Muster

There was a feast of music for country fans at the annual Murgon Music Muster at the weekend.

Twenty featured acts plus about 20 walk-up artists kept the large crowd entertained over the four-day festival.

Caravans started streaming into the Murgon Showgrounds mid-week for the annual muster, which is organised by the Murgon Rotary Club.

Club president Glenn Kapernick said the Muster had been very successful and was “holding its own”.

“We had probably about the same number of visitors – or maybe a little bit more – as last year,” he said.

“I’m quite happy with that, as other similar events have been down.”

Glenn said the food and the music had been good, and there had been a very positive atmosphere. 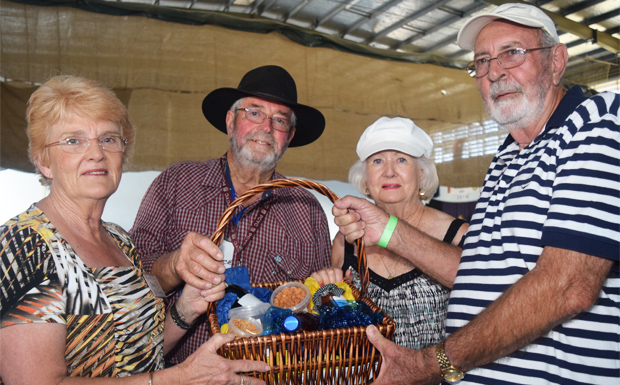 Jenny and Bruce Bishop present the prize for registering online to Diana and Ron McDonnell, from Hervey Bay ... Bruce, from Murgon Rotary, is co-ordinator of the Music Muster

Caravans and campers filled the oval outside the Murgon PCYC