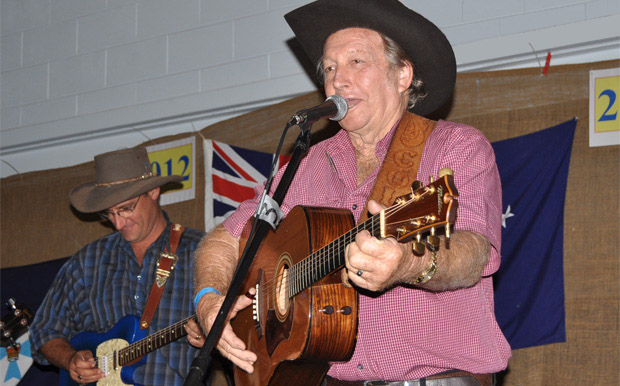 Col Edmonds, from Mackay, entertains the crowd on Saturday afternoon

It looks like the Murgon Music Muster has well and truly become part of the grey nomad “circuit” with campervans and caravans packing the Murgon Showgrounds for the four-day feast of music.

The muster – which is in its second year – is a major fundraiser for Murgon Rotary.

Muster spokesman Buddy Thomson said campers started rolling into the showgrounds on Monday last week even though the festival only got underway on Thursday.

He said he was “really happy” with the attendance figures, which were up on last year.

All the entertainment was held inside the South Burnett PCYC building.

Not all the visitors came along  just to enjoy the music, some came to share their skills with special times set aside for “walk ups” on stage.

Buddy said the headline act for the weekend was the multiple Golden Guitar-winning Lindsay Butler Band.

Butler was inducted into the Country Music Roll of Renown in 2007 and the Hall of Fame in 1980. 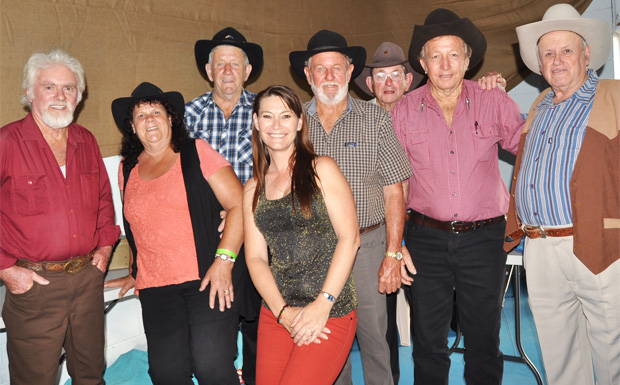