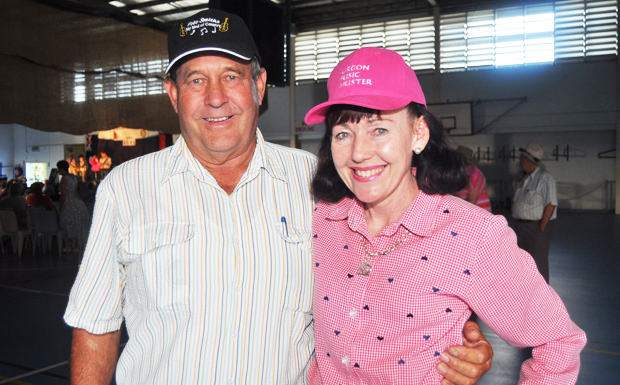 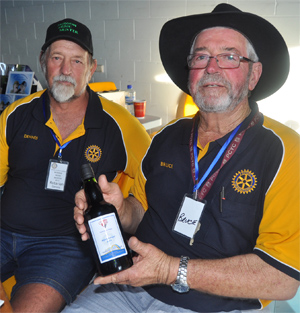 Murgon Rotary organised the muster ... Dennis Wolter, from Moffatdale, and Bruce Bishop, from Cloyna, were manning the greeting table

The Murgon Music Muster is continuing to grow with almost 160 caravans and campervans rolling into the Murgon Showgrounds for four days of country, folk, bush ballads and bluegrass.

This is the third year the Muster has been held.

Bruce Bishop from Murgon Rotary – the organisers of the event – said numbers were “up quite a bit” on last year and it was getting better and better each year.

The music kicked off on Thursday night with a special performance by popular Cherbourg band Muddy Flats, who came back for more on Friday.

Walk-artists had an opportunity to share their talent on Thursday, Friday and Sunday.

There were also a number of invited bands and singers, including Natalie Fenton, Bob and Michelle Ovenden and Glen Albrecht.

The featured band, the Lindsay Butler Show Band, took to the stage on Saturday afternoon.

Bush poets had the opportunity to take to stage at the Poet’s Breakfasts on Friday and Saturday mornings. 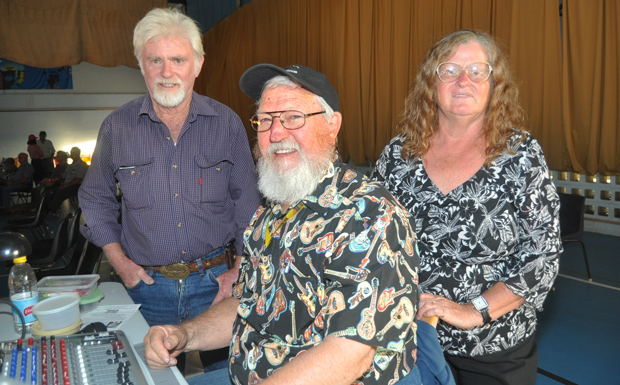 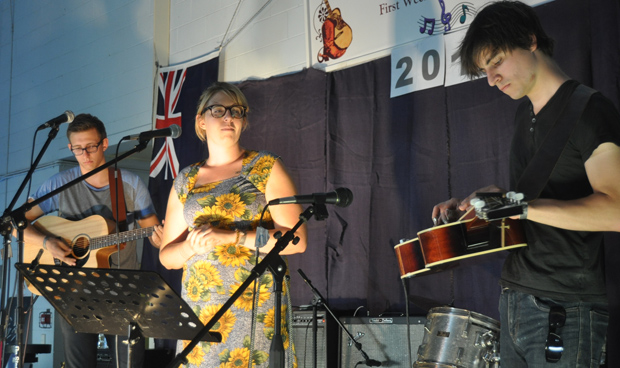 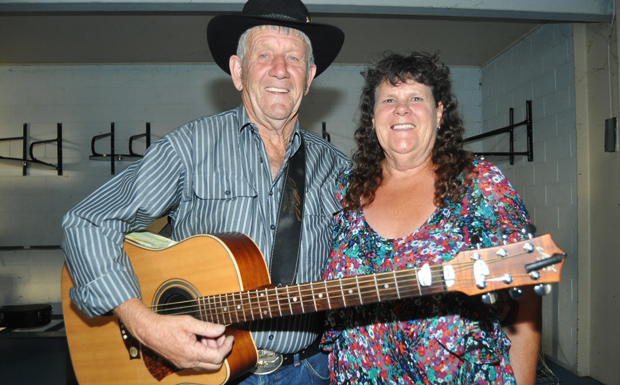 The Murgon Showgrounds parking area was packed with caravans and motorhomes 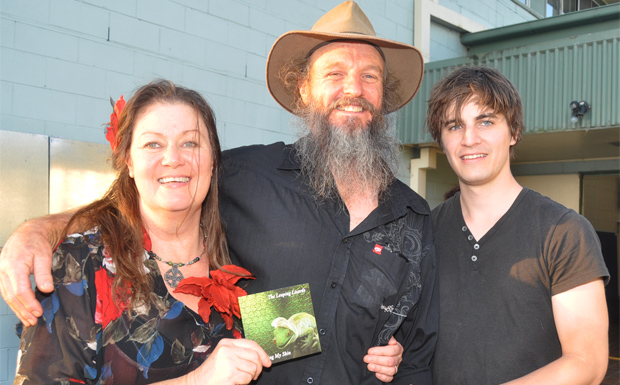 The Leaping Lizards, from left, Donna Reynolds and Ron Dimmick with Brisbane bluegrass musician Dan Kerin and their new CD "Shedding My Skin"