Murgon Gets Behind Music Muster 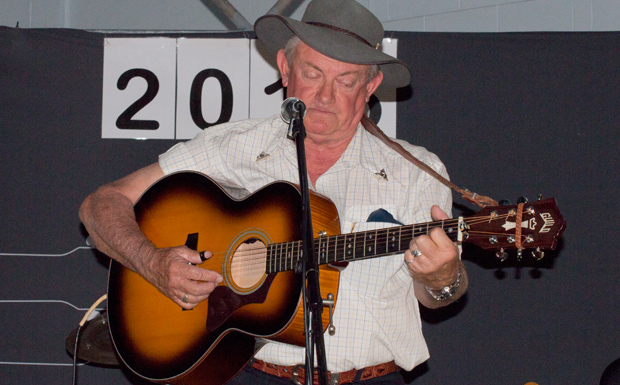 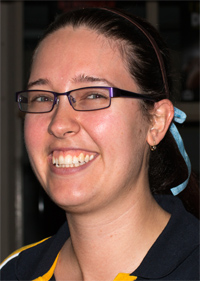 About 140 caravans gathered at the Murgon Showgrounds last week for the 5th annual Murgon Music Muster which wound up on Sunday.

The week ended with a cavalcade of artists performing on stage at the South Burnett PCYC.

However,  even during the week leading up to the Muster, Murgon was alive with the sound of traditional Australian country music.

Buskers entertained in the streets while many local businesspeople also got into the spirit by wearing cowboy hats.

The Music Muster is organised by the Murgon Rotary Club, and president Melissa Young said the hats definitely helped to make locals aware of the event.

“Even the high school kids were talking about the music during the week,” she said.

The caravans arrived from all over Australia, many following the trail of musters throughout Queensland and northern NSW.

Performers Len and Jeanne Connor, from Lake Boga in Victoria, have been following the muster circuit for nine months this year.

They are often joined along the way by their friend, Taroom singer Lorraine Smith, who enjoys performing as walk-up artist.

Grey nomads, who make up most of the muster audiences, also travel from muster to muster, camping at muster sites.

Barry Turner, from Hervey Bay, said he was one such Muster fan.

“We don’t sing or play anything,” he said.  “But my wife and I go away in the caravan to a lot of the musters and we really enjoy it.”

When the caravans leave, the Murgon Rotary Club members get right back to work as planning for the next muster begins months in advance.

“We start getting things organised at least four months before the event.”

Proceeds from the Murgon Music Musters are distributed by Rotary to local charities.

“Last year they went towards a bus for Castra, our local nursing home, but we’re not sure yet where we’ll donate the money this year,” club member Phillip Braithwaite said.

Rotary volunteers Dennis Wolter, Janelle Kapernick and Sandra Hoffman all agreed  that the event was getting better and better every year. 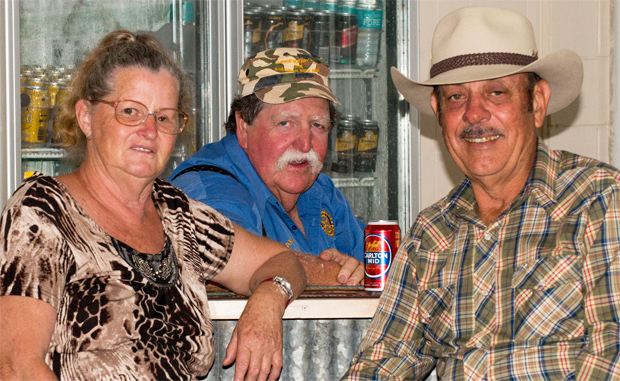 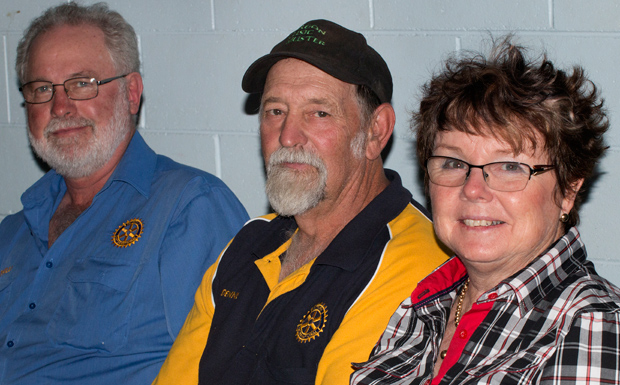 Murgon Rotary volunteers Phillip Braithwaite, Dennis Wolter and Janelle Kapernick have helped on all five Murgon Music Musters and say they are getting better every year 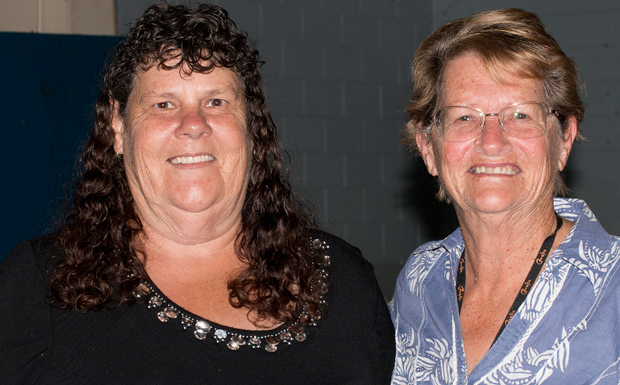