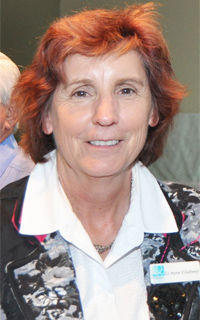 Toowoomba Regional Council is inviting submissions from local residents on proposed changes to the Planning Scheme to control development within flood risk areas.

New maps have been released, including for the townships of Yarraman and Cooyar.

Council has been working with property owners, communities and other stakeholders across the region to gather flood information since 2015.

Cr Anne Glasheen said the amendment was to ensure that development within flood-risk areas appropriately responded to the risk and protected people and property.

“The Toowoomba Regional Planning Scheme identifies which land uses and which types of development require development approval and the standards that new development must meet,” Cr Glasheen said.

“Property owners with an identified flood risk on their properties will receive letters explaining their flood risk and providing information on the proposed amendment this week.

“The amendment can also be viewed via Council’s website and at Customer Service Centres.

“If you wish to speak to a planner about the amendment, you can call Council on 13-18-72 or book an appointment at one of the community consultation sessions during September 2018.”

Council will consider feedback before finalising the amendment in late 2018.

The final amendment will be adopted by Council in early 2019 following State Government review and approval.

Community consultation is open between August 27 and September 21.

Written submissions about any aspect of the proposed amendment can be made until 5:00pm on September 21 by:

To be considered, submissions must: