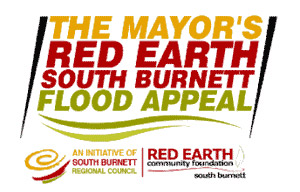 The appeal raised more than $80,000 in total and has already distributed $51,500 to farming families in the form of South Burnett Dollars (vouchers for businesses in the South Burnett).

The next stage, which will distribute funds collected via donations to the Foundation for Rural and Regional Renewal website, will enable community groups to fund projects which deliver community-wide benefit.

“Projects might include first aid or other training for a group of farmers in an area, a special event or something similar. Bugger the Drought or Women’s Pamper Days may also be considered if a community group wishes to organise them.

“We invite existing community groups to apply so we can support our communities in the way that suits them – each community of primary producers is different and we want them to determine what will benefit their community the most.

“We will be seeking applications from across the South Burnett, as the flood impact was widespread in our region.”

Funding will be available for up to $2000 per project.

“Some flood appeal funding is still available for eligible individuals and late applications would still be considered,” mayor Kratzmann said.

For any queries about eligibility and projects, contact Louise Judge on 0438-625-710.