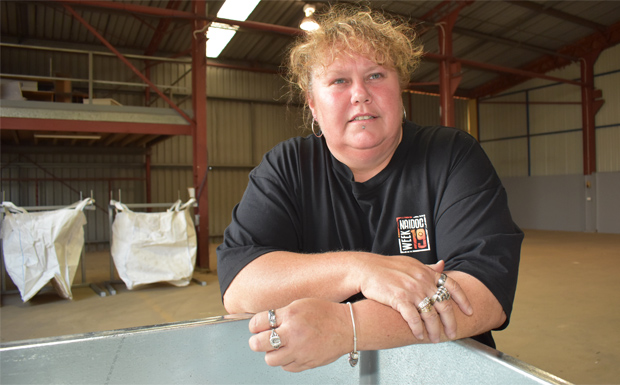 Chrissy Beresford … looking forward to starting work at the new Container Refund Point which will open in Kingaroy on Tuesday, October 1

Kingaroy’s new Container Refund Point – the spot where you can drop off cans and bottles for a 10 cent refund – will open on Tuesday.

The depot, located in the Kingaroy Industrial Estate, is being run by Cherbourg Aboriginal Shire Council as an extension of its successful recycling business in Cherbourg.

Entry is via Kingaroy Street, just past the intersection with Cornish Street.

People will drive around the building and then enter the large shed via a back door.

There they will be greeted by staff who will unload and count the bottles and cans.

Refunds will be paid by electronic funds transfer (EFT) as there will be no cash transactions carried out at the depot.

To receive a refund, an account must be opened online first at the Containers For Change website

This is the same procedure that is in place at Cherbourg.

They have been receiving training at Cherbourg and were given a run through of the operation on site in Kingaroy on Thursday.

The new depot is part of a long-term dream by Cherbourg Materials Recovery Facility manager Andrew Beckett to expand recycling in the South Burnett.

For the moment, only those containers which are eligible for a refund under the State Government’s refund deposit scheme (see below) will be able to be left at the Kingaroy depot.

All material collected collected in Kingaroy will then be transferred to Cherbourg for further handling. 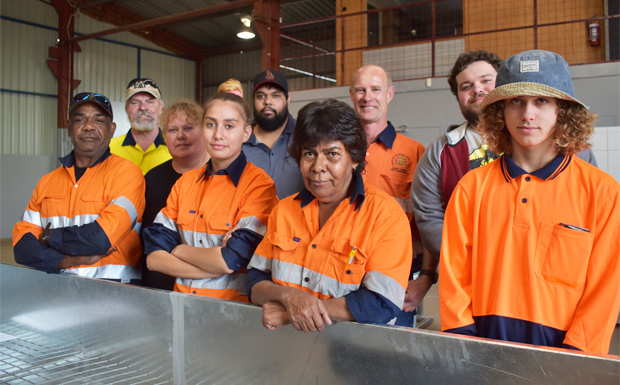