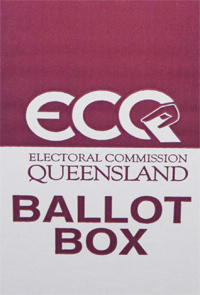 The Council poll in on March 28

Would-be councillors and mayors will be able to officially nominate to stand at the 2020 Council elections from this Saturday (February 22).

This is when the Electoral Council of Queensland plans to publish the “Notice of Election” and all councils will move into a caretaker period (ie. councillors cannot vote on major decisions).

Would-be candidates have until noon on Tuesday, March 3, to put up their hands.

The ECQ has warned that new requirements apply for candidates, political parties, third party campaigners and political donors for the 2020 local government poll.

These are explained on the ECQ website but one of the major changes is mandatory training.

In order to nominate, all candidates (including sitting councillors) must complete new mandatory training being conducted by the Department of Local Government, Racing and Multicultural Affairs.

Candidates must declare they have successfully completed the course when lodging their official nomination forms.

The ECQ will conduct a random draw to determine the order in which candidates appear on ballot papers on Wednesday, March 4.

The actual election day is Saturday, March 28. Polling booths will be open from 8:00am to 6:00pm.

Voters have until 5:00pm on February 28 to either enrol for the first time to vote, or to update their enrolment to a new name or address.