Community Is Key At Christmas 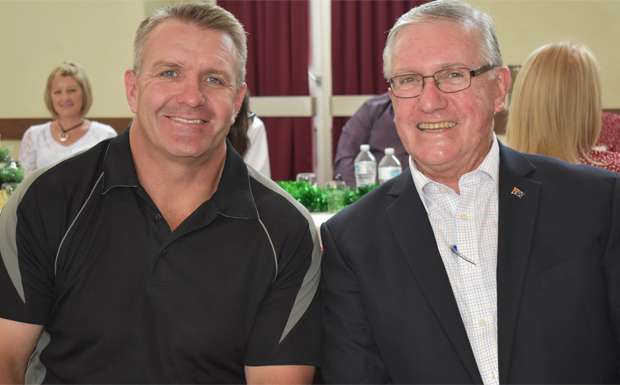 The 200 or so people who packed into Kingaroy Town Hall on Friday for the South Burnett Mayor’s Christmas charity lunch took home some key messages … be grateful and cherish community.

The annual lunch raises funds which will distributed as vouchers by care agencies to local families in need at Christmas.

Diners paid $25 a head for the two-course meal prepared by QCWA volunteers from donations by SupaIGA Kingaroy and Swickers SunPork.

They also snapped up raffle tickets for prizes donated by local businesses.

“We all ought to be thankful for what we have,” Mayor Keith Campbell reminded the audience.

“There are lots of situations which come into life which are not invited, which are totally unexpected and we have to deal with them.

“We need not be judgmental but be thankful that we have the opportunity of being able to help people in this way.”

Guest speaker, retired rugby league star Shane Webcke, spoke about his family (“we were as poor as church mice but we had full tummies, warm beds and a mum and dad who loved us”), the industrial “accident” which killed his father (“it forced me to grow up really, really quickly”), and how his rugby league career began almost by accident.

But it was his message about community – and looking after each other when times were hard – which seemed to hit home with the audience.

“In a world where we have been invaded by all of these social media platforms designed to bring us together which actually rip us apart, it is the notion of what we’ve got in regional Queensland that is so valuable,” Shane said.

“That is what we have here today.”

He reminded the audience the world’s problems were always going to be there.

“If we start to focus too much on those and lose our sense of community and looking after ourselves, then we will lose the essence of what we love best, of where we are from,” he said.

Shane said the generosity of the businesses who had supported the lunch – and everyone who attended – would help families like his when he was growing up.

“It’s not a question of a vast material basket of things, it’s just those little things … to know that someone else is thinking about them, is the most valuable thing,” he said.

UPDATE December 3:  A Council spokesperson this year’s luncheon raised about $5400 which would go towards the purchase of 108 x $50 vouchers which will be forwarded to 10 community groups for distribution. 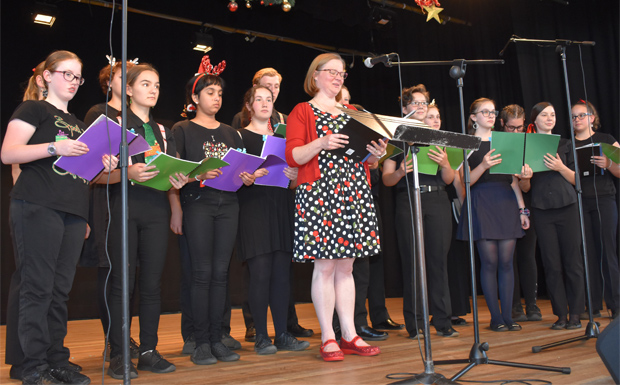 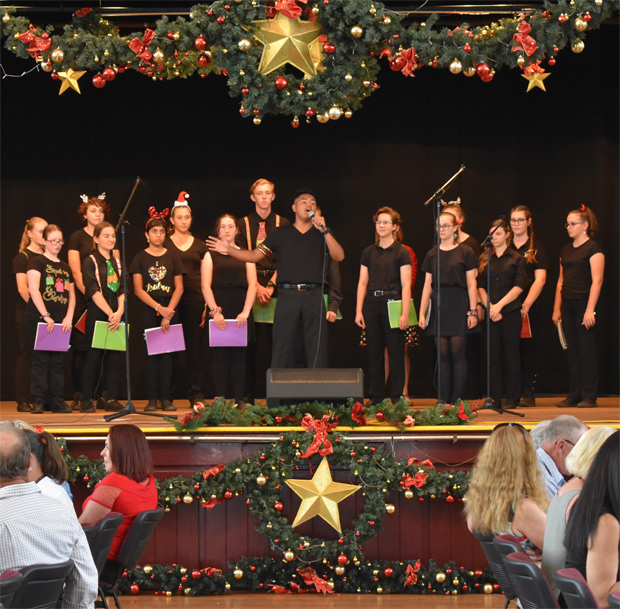 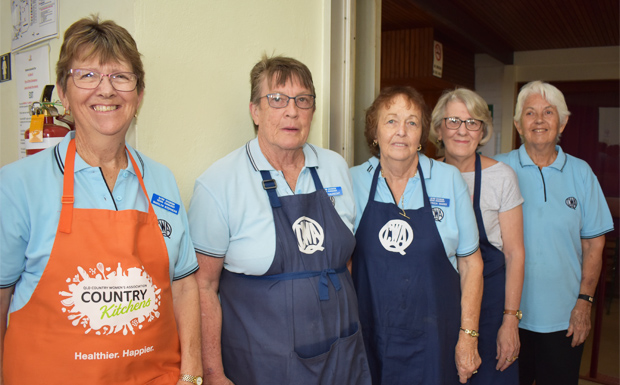 The food was prepared and served up by a team of volunteers from the QCWA , including, from left, Marilyn Stephens, Lois Thurecht, Patricia Magee, Robyn Ernest and Jennifer LePatourel … all members in Kingaroy 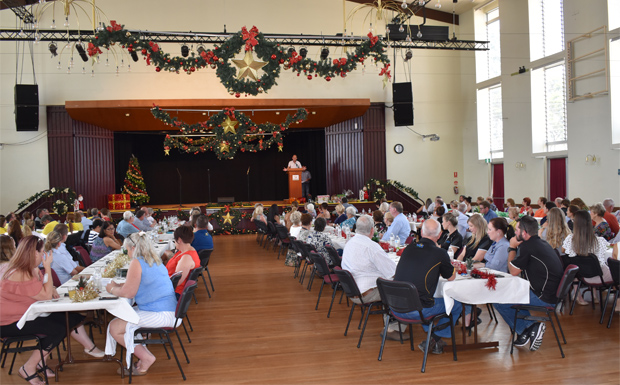 Lutheran Pastor Mark Doecke said the Blessing prior to lunch