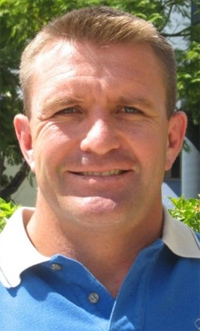 There are still seats available for this year’s Mayor’s Community Luncheon at Kingaroy Town Hall on Friday (November 22).

Mayor Keith Campbell told southburnett.com.au on Tuesday that 160 seats had been sold but tickets would still be on sale at the door on the day.

And guests who turn up half an hour early can get to meet this year’s guest speaker in person.

Former Test player and State of Origin legend Shane Webcke will be available for photos and autographs from 11:30am before the lunch gets underway at noon.

Webcke, who spent his whole career playing for the Broncos, represented Australia in 26 tests and donned a Maroon jersey 24 times.

He retired from NRL football at the end of the 2006 season after helping the Broncos secure a Grand Final victory against the Melbourne Storm.

Webcke set up Darren Lockyer for a field goal which put the game out of the southerners’ reach.

These days Webcke is a much sought-after dinner speaker.

Guests will also get to enjoy a two-course buffet prepared by local QCWA volunteers, along with musical entertainment provided by Sue Dowideit-Reiger and the Kingaroy State High School choir.

There’ll also be raffles, with prize drawings held before the event concludes about 2:00pm.

All proceeds from the lunch will be converted into food vouchers and donated to South Burnett families in need.

Tickets are $25 per head, and can be bought at the door on the day.