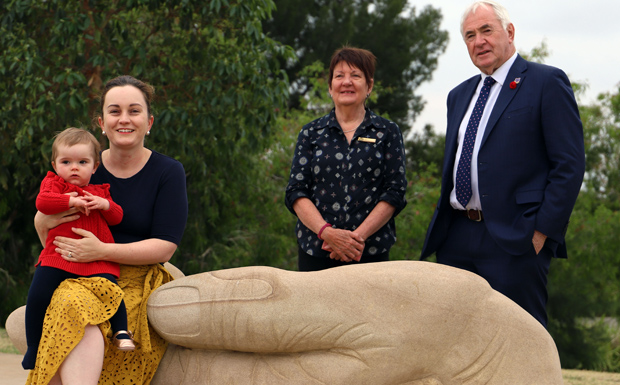 A bench in Yarraman is going to be painted red as part of a campaign to raise awareness about family and domestic violence.

The bench will be located under the tree between the Yarraman Post Office and Yarraman Library.

It is part of a Queensland campaign by the Red Rose Foundation which is being supported by Toowoomba Regional Council.

Mayor Paul Antonio was asked by the Foundation if he would consider painting one of the region’s park benches red as part of its Red Bench campaign.

He replied he would work to see 16 red benches materialise across the region to mark the United Nations’ 16 days of activism against violence.

Five would be painted by Council – including the one at Yarraman – and he had asked other community organisations and businesses to join in to paint the rest.

“This is a simple but powerful step we can take as a community to raise awareness about domestic and family violence and the impact it has on so many lives,” Mayor Antonio said.

“A red bench is a permanent visual reminder that we all must work to change the ending and call out abusive behaviour in our families, neighbourhoods and broader communities.”

Brisbane City Council, Redlands City Council, Bundaberg Regional Council, the State Government and several community groups have all all signed up to the campaign.

“I’m proud to lead this campaign on behalf of the Red Rose Foundation and have now asked other businesses and community groups to get on board,” Mayor Antonio said.