Ex-PM Pops In To Cherbourg 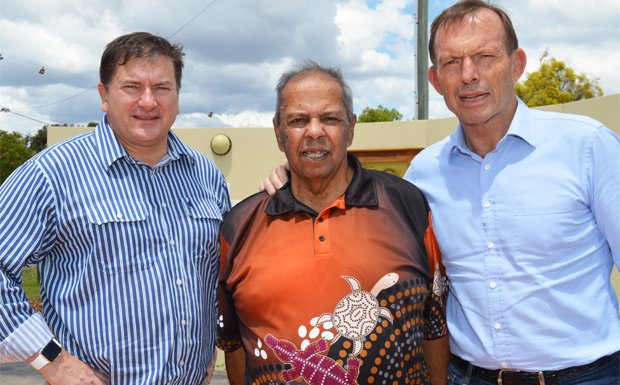 Mr Abbott, who was accompanied by Member for Wide Bay Llew O’Brien, had a meeting with local Councillors, visited Cherbourg State School and then enjoyed a guided tour of The Ration Shed by Wakka Wakka Elder Eric Law, AM.

A small group of protesters greeted Mr Abbott outside the Council Chambers, including Alwyn Doolan who is part-way through his “Message Stick Walk” from Cape York to Canberra.

The incident didn’t appear to faze Mr Abbott who said he would return to Cherbourg at some stage to hold a community meeting.

“Like every place in Australia, Cherbourg has its issues, but a lot of good people are doing wonderful things here,” Mr Abbott told Radio Cherbourg later.

“I hope as a result of this trip, a couple of things might change for the better.

“I look forward to coming back to Cherbourg sometime in the New Year and maybe spending a bit more time and having a proper community meeting.”

Mr Abbott said there were “all sorts of things” he hoped would be followed up on after his visit.

“In terms of transport, in terms of infrastructure, in terms of policing … let’s hope that next time I come, there’ll be some differences for the better,” he said.

The former PM studied the time line on the wall of The Ration Shed, asking a number of questions about various photographs.

He then visited the Boys From Barambah exhibition, had a quick look inside the Boys Dormitory which is undergoing extensive renovations, and then inspected the War Memorial.

He said it had been an opportunity for Cherbourg to get across its message “and I think he was listening”. 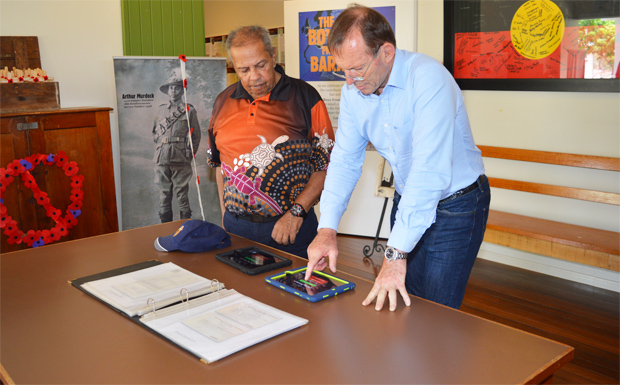 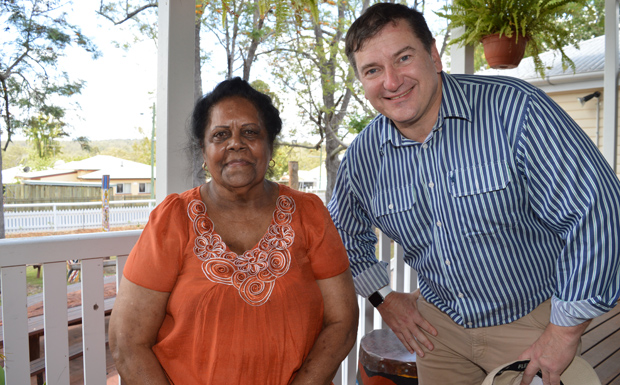 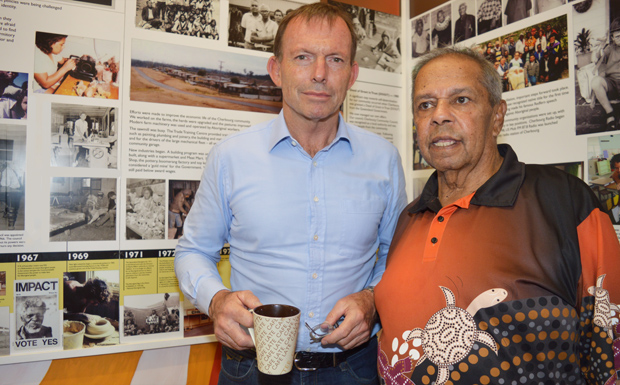 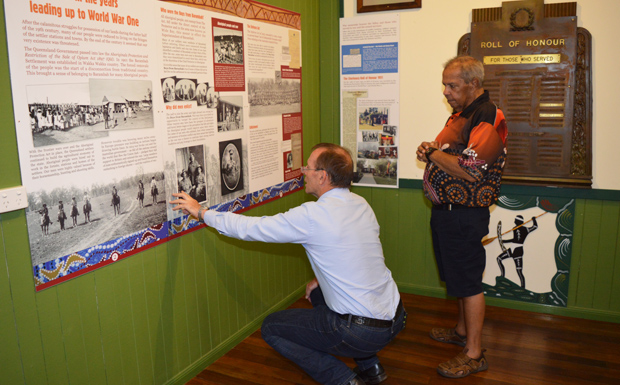 Mr Abbott studies a photograph of Martin Bligh, Frank Fisher and an unnamed Indigenous soldier in the Boys From Barambah exhibition