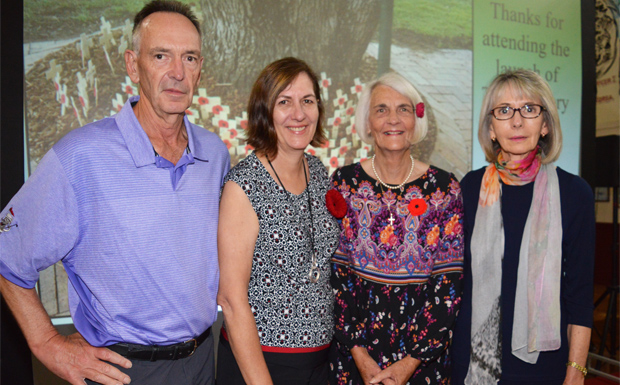 Author Liz Caffery, second from right, was supported at the book launch by her brother Bob Burns, and sisters Jane Deed and Judy Hansen … all great nieces and nephews of Eric Tate who died at Passchendaele

Guest speakers shared their families’ tales of war – and recovery – at the official launch of Liz Caffery’s book “The Memory Tree” on Friday night in Nanango.

Tara’s Hall was filled with guests for the launch, many of whom were descendants (or at least relatives) of the World War I soldiers whose stories were profiled in the publication.

Compere Barry Green told the crowd it was a fabulous book, and something of which the Nanango Tourism and Development Association – which gained funding for the project – could be proud.

Author Liz Caffery said the primary purpose of the book was “to remember”.

Two of the special guests in the audience were Jason and Dexter, whose images on the front cover of the book were captured by local photographer Clive Lowe on Anzac Day in 2015.

Liz said “The Memory Tree” could be read at three levels: simply flicking through and looking at the photos, or stopping at one or two stories, or read from cover-to-cover.

She said it would ensure the legacy of Nanango’s Anzacs would be passed on from generation to generation.

The audience sat quietly as a slideshow of 140 portraits of Nanango World War I soldiers (and nurses) detailing their service and fate was shown.

Singer and guitarist Tony Foran accompanied the display with some haunting live music.

“Notice their youthfulness, their eyes full of excitement and eagerness, unaware of what lay ahead … their uniforms worn with pride, their emu feathers worn jauntily,” Liz said.

Tragically, 20 per cent of the men from Nanango were to perish in the “war to end all wars”.

Family members who shared their stories were Gabriel Holmes, from Brisbane, the granddaughter of Billy Banks; Mitchell Hunter who spoke about Jack and Jim Hunter; and Peter Mangan who shared the story of Mick Mangan, who served at Gallipoli and in France and Belgium and miraculously survived the war.

Peter pointed out that if he hadn’t, 182 direct descendants of Mick wouldn’t have been born, including 43 who still live in the South Burnett.

Madeline served on a hospital ship and noted in her diary about stray bullets hitting the vessel: “One chap was killed as a nurse handed him a glass of water.”

She met her husband, who came from Cloyna, on a boat ride on the Nile …

Another highlight on the evening was the presentation of a “Dead Man’s Penny” to Nanango RSL Sub-Branch president Charlie Kemp.

The penny was originally presented to the family of Maidenwell resident August Lubomirski who served as a trooper in the 5th Lighthorse and was killed in action on July 29, 1918, at Wadi Anjah in Palestine.

It eventually passed into the possession of Daun who decided the Sub-Branch was the safest place for it to remain.

Twenty copies were included in the first publication run of “The Memory Tree”, and these were handed over to various community groups on the night, fulfilling the requirements of the State Government grant. 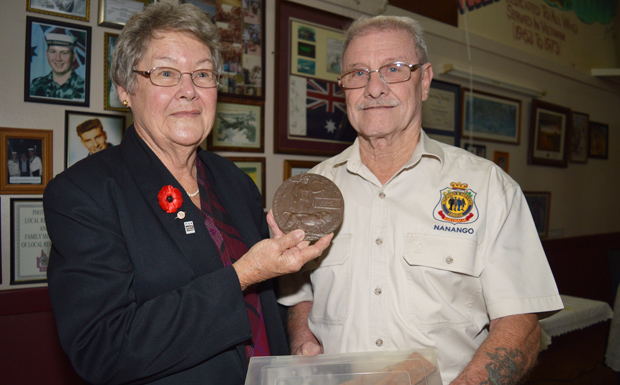 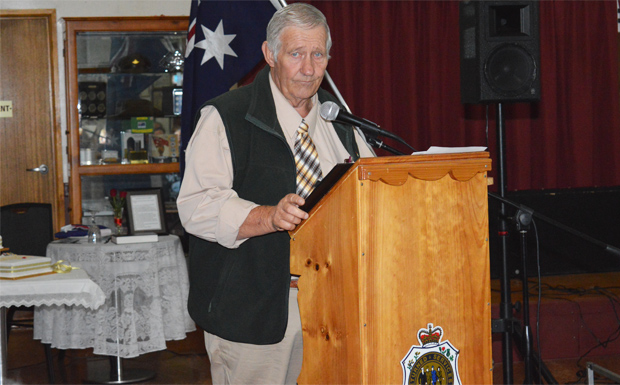 Compere for the evening was former South Burnett and Nanango councillor Barry Green … Barry also shared the story of another World War I veteran, Arthur Cripps 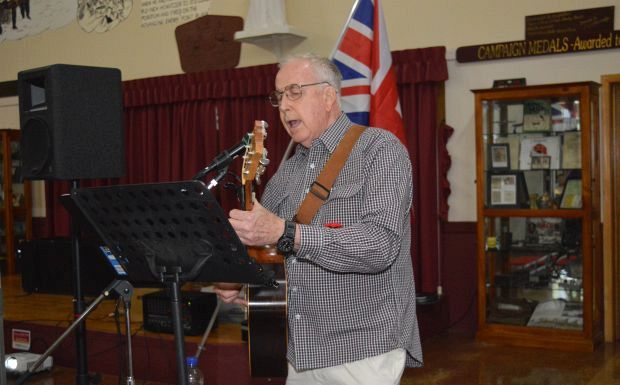 Tony Foran provided music on the evening, including a specially re-worded Armistice version of “I Am Australian” 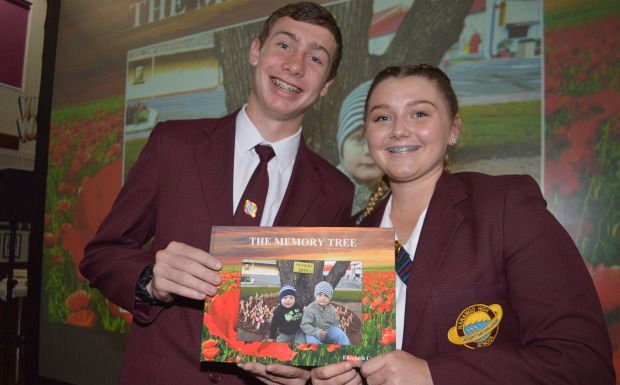 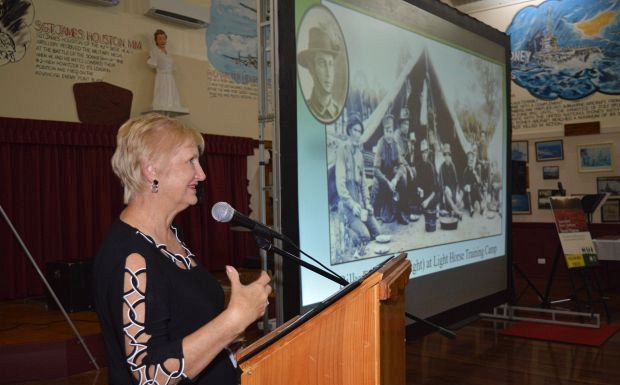 Gabriel Holmes, from Brisbane, shared the story of her grandfather, Lighthorseman Billy Banks 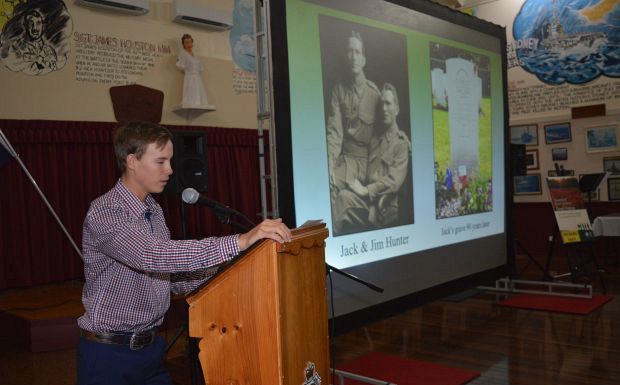 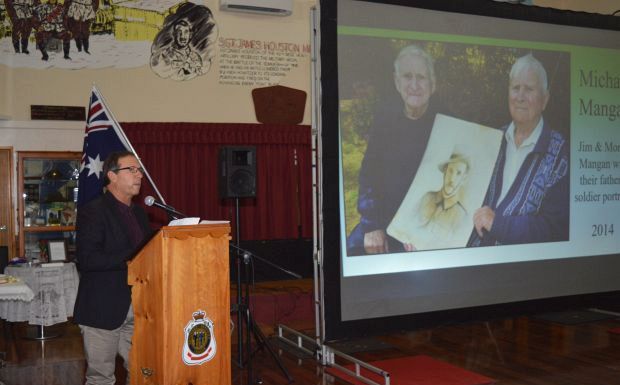 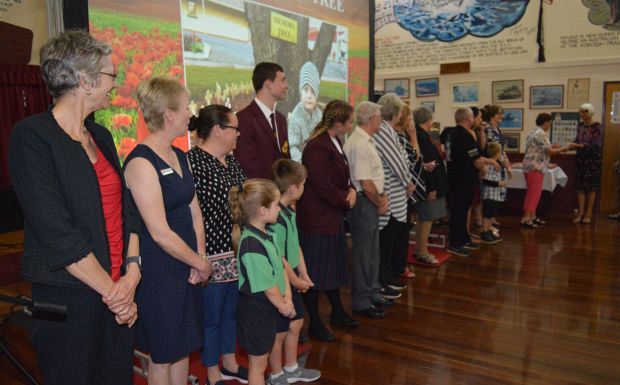 Representatives from community groups, schools and Council lined up to be presented with their copy of “The Memory Tree”