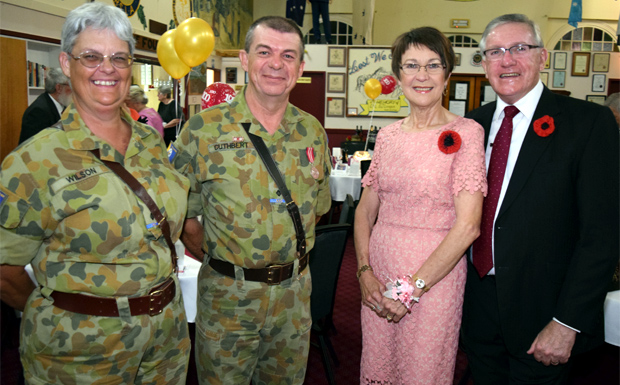 Tara’s Hall in Nanango was packed with more than 70 elegantly dressed people on Saturday night, including many former armed forces personnel.

They came to celebrate the town’s Armistice Centenary Ball in style, as well as recall a similar day 100 years ago when Australians greeted the end of World War I with a mixture of grief, relief and elation.

Gentlemen in suits – some with medals – and their elegantly attired partners enjoyed a night of entertainment from the seven-piece band Swing Magic, accompanied by a light supper and refreshments from the bar.

They were welcomed at the door by members of Nanango’s 177 Australian Army Cadet Unit, who handed out corsages while the ball’s guests took their places at tables festooned with place cards, commemorative balloons and electric candles.

The Ball was organised by the Nanango Citizens Auxiliary and sponsored by Nanango RSL, Heritage Bank Nanango and the South Burnett Regional Council as the centrepiece of Nanango’s three-day Armistice Centenary commemorations.

The celebrations kicked off on Friday night with the launch of historian Liz Caffery’s book “The Memory Tree”, which recounts the stories of Nanango’s WWI servicemen and women, and concluded on Sunday with a formal commemoration service at Nanango’s war memorial.

While the Ball recalled a dark period in Australia’s history 100 years ago that left few households untouched, most guests seemed light-hearted and out to enjoy themselves.

Two highlights of the evening were the cutting of an Armistice Centenary cake that had been lovingly prepared beforehand by Nanango Citizens Auxiliary members; and the presentation of a Vietnam War plaque to Nanango RSL by Lawrie Smillie and his friend Jeff Meilland, who had created it.

Lawrie and Jeff had both been privates in B Company of the 9th Royal Australia Regiment (9RAR), and served in Vietnam.

They gave the plaque to Nanango RSL in memory not only of the Vietnam War, but of all the conflicts Australian servicemen and women have served in.

It features the 9RAR battalion badge, the battalion mascot ‘Stan the Ram McArthur’, and helicopters that became symbolic of that conflict.

The plaque will now join the RSL’s collection of war memorabilia in Tara’s Hall. 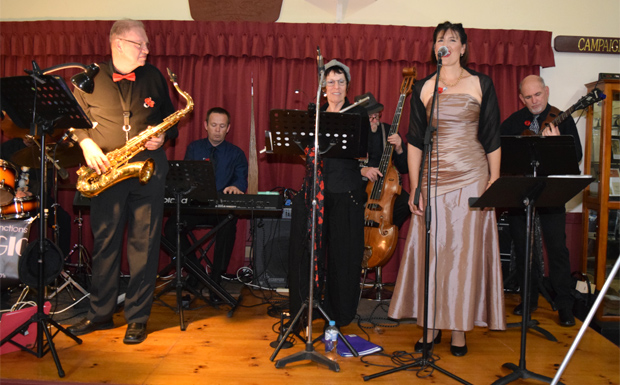 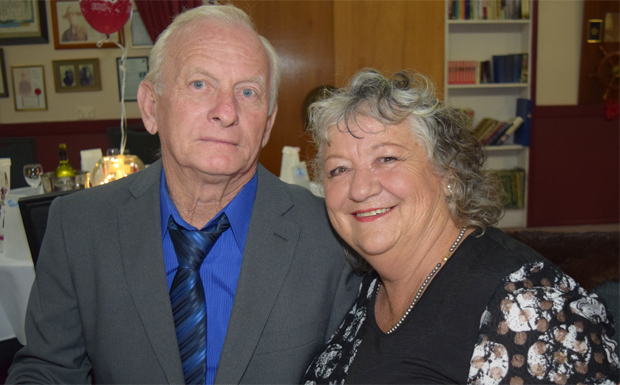 Leo and Jane Erkens, from Nanango, took the opportunity to get out for a night of entertainment 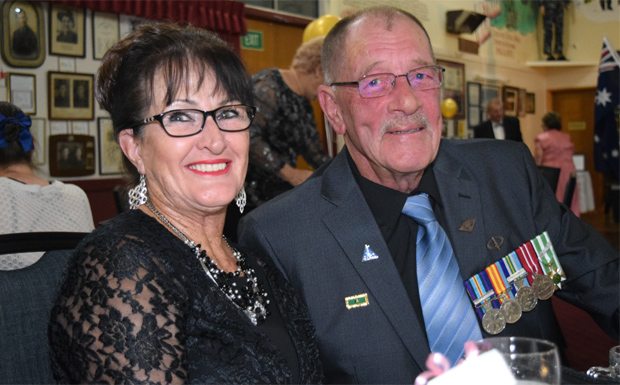 Kay and Rob Wolfenden were ready for a great night; Rob – a veteran of the Battle of Coral-Balmoral – wore his medals along with a green commemorative badge he received in Townsville in May this year celebrating the 50th anniversary of one of the largest conflicts of the Vietnam War 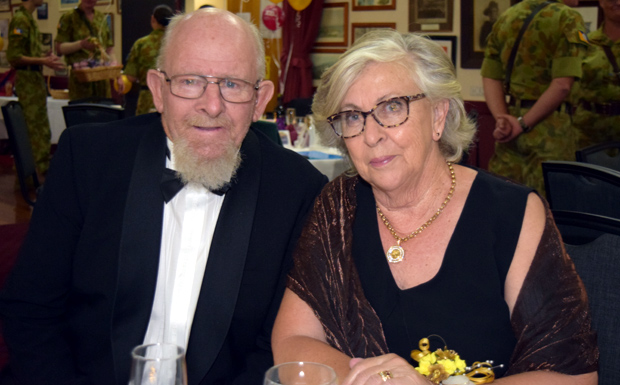 Dallas and Lyn Marks, from Nanango, were also ready to have a good time 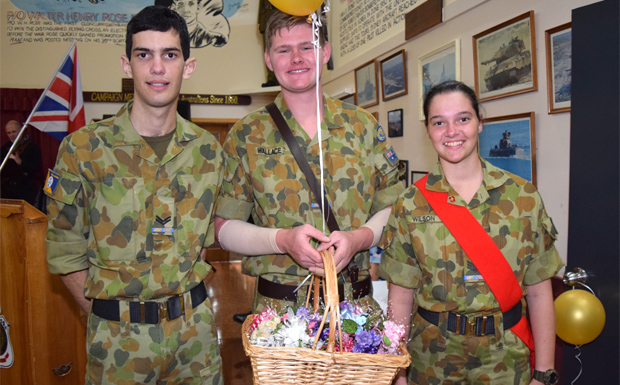 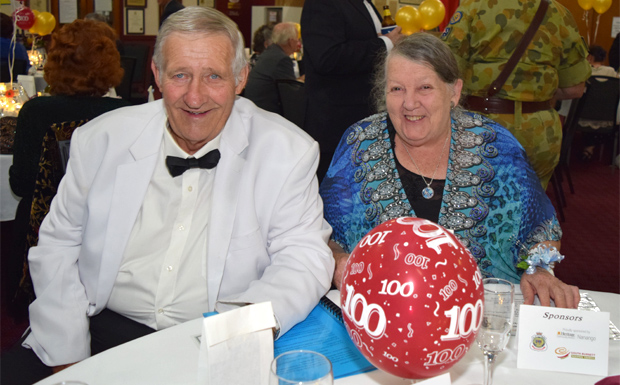 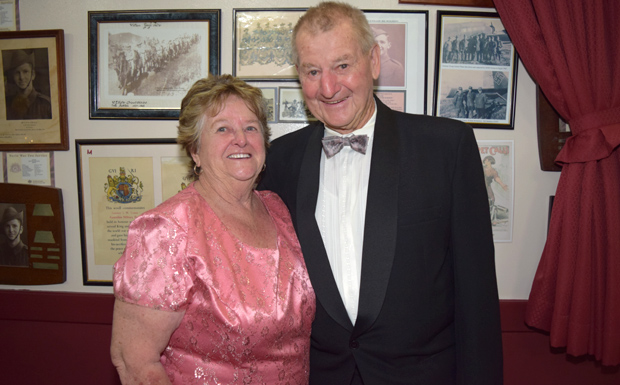 Shirley and Ron Jinks, from Nanango, were very pleased with how the night turned out … Shirley had played a role in helping to organise the event 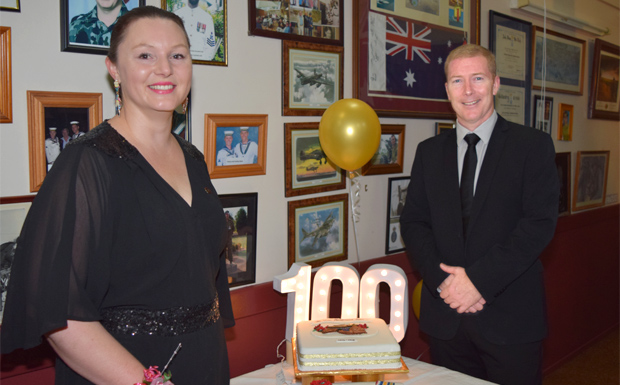