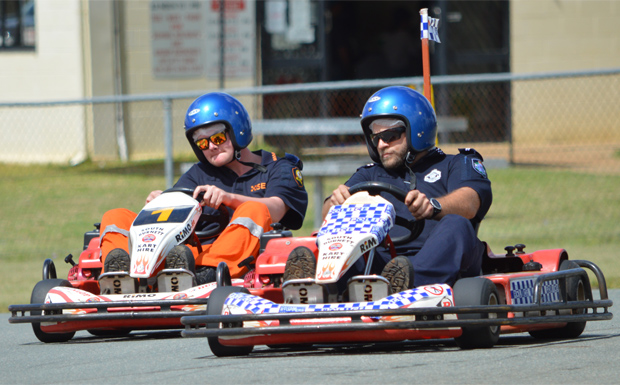 Nanango police took it to the track on Saturday for their third annual road safety day at South Burnett Kart Hire.

Rain may have keep numbers down slightly but there was still a strong crowd of would-be racers willing to challenge the police on the race track at Nanango.

SES volunteers, firefighters and paramedics joined in the fun.

There were also jumping castles for children to enjoy plus a sausage sizzle put on by Nanango SES (and free donuts!).

The day, which was sponsored by Heritage Bank Community Branch Nanango, had a serious side as well.

A highlight was the “rescue” scenario from a wrecked Holden Commodore.

Firefighters and paramedics combined to extract the “injured” driver.

Road safety is no laughing matter, which the emergency services people present know only too well.

All of them would have attended many serious crashes on our roads.

Monday night’s fatal crash on the D’Aguilar Highway, in which a young man died, also would have been weighing on many of their minds …

The message the police hope people took home is the Fatal Five: Speeding, drink and drug driving, failing to wear a seatbelt, driving while fatigued, and distraction and inattention.

Funds raised on the day will be shared by Police Legacy and Nanango SES. 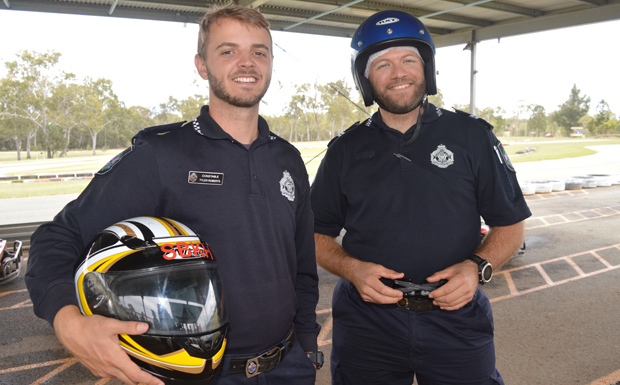 Constable Tyler Roberts, from Nanango Police Station, was one of the main organisers for the day … he’s pictured with Senior Constable Jamie Leonard, from Murgon Police 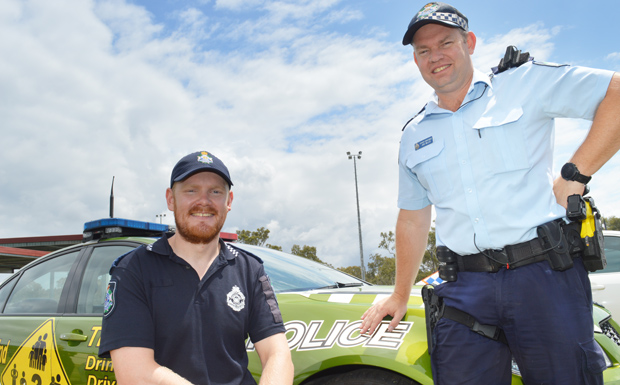 The other major organiser for the event was Constable Andrew Kendall, from Nanango Police … he’s with Senior Constable Jade Miller, from the Kingaroy Road Policing Unit 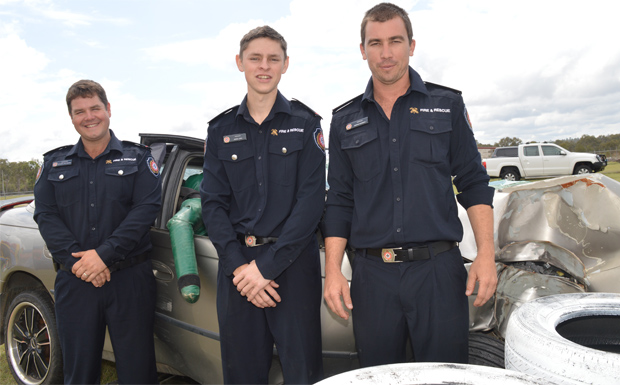 Nanango firefighters Michael Callaghan, Jesse Lean and Kieran Mangan were tasked with extracting the “injured driver” from the wreck 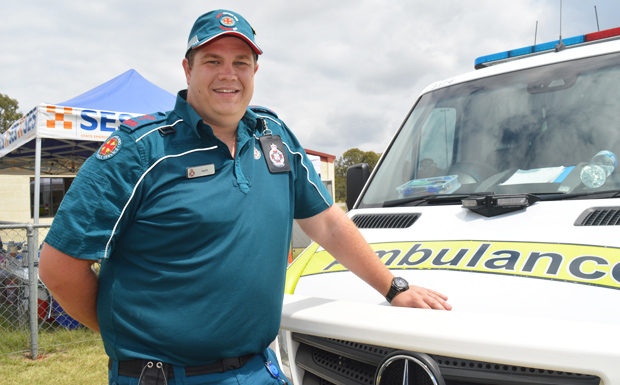 Advanced Care paramedic Matt Jeffreys, from Kingaroy Ambulance, was adding his expertise to the rescue demonstration 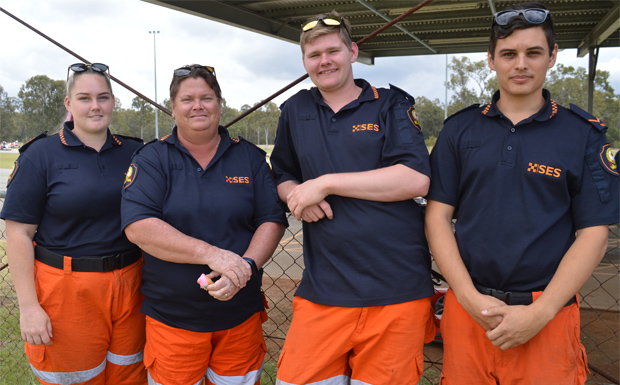 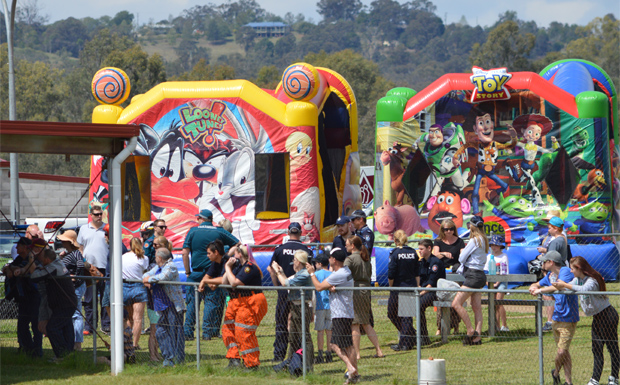 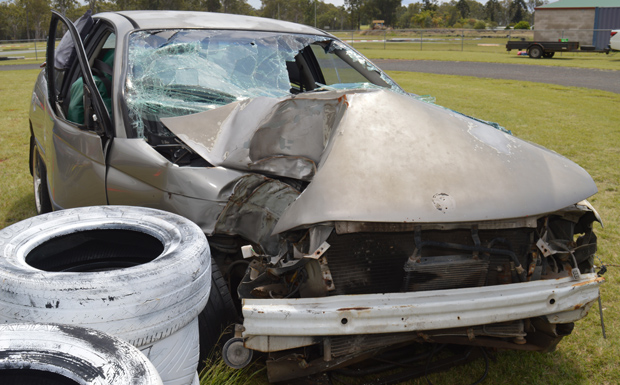