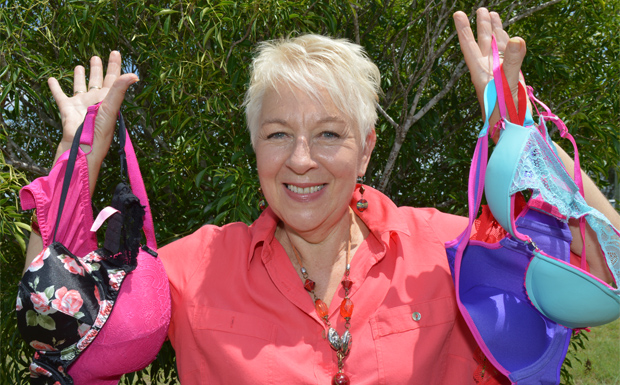 Jenny Morgan’s been at it again … collecting bras for the ladies of Papua New Guinea, but this time she’s getting a helping hand from the Kingaroy Rotary Club.

For the past couple of years, the Nanango resident has been sending bras to PNG  for distribution in remote villages near Milne Bay where bras are considered “luxury items” because they are either unavailable or if available, were usually imported from Asia and too small.

She put out a call for donations, and the bras started flooding in from across the South Burnett, as well as from all over Queensland and NSW.

Jenny has now sent thousands of bras to PNG, which have been gratefully received by local women.

However, red tape in PNG created a hiccup for Jenny’s latest donation, forcing her to look around for other options for transportation.

She approached the Kingaroy Rotary Club and was invited to speak at a recent meeting about her plight.

The club has now come on board to help get her latest collection of just under 2000 bras to their rightful destination.

The boxes of bras will be included with other items that Rotary sends to PNG.

They will now head to Brisbane for the first leg of their journey north. 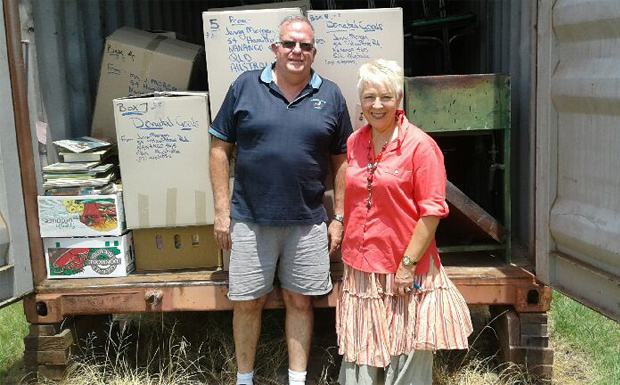