Life in Wondai paused briefly on Sunday morning to salute the service of the millions of Army, Navy and Air Force Reserves who have served Australia in times of war and peace.

It was 17th year that Reserve Forces Day has been observed in the town, and the 16th year that a parade has been held down Mackenzie Street.

The commemoration – one of the few of its kind in the nation – is organised by a small committee headed by local resident Noel Selway.

The weekend event provides an opportunity for former and current reservists to socialise as well as honour their comrades.

The weather gods smiled on Sunday’s commemoration, which organisers feared could have been washed out.

However, the wreath-laying at the Wondai Memorial, the parade and the formal ceremony in Coronation Park went ahead without a hitch.

Wondai has proud links with the Army Reserves – and the former Citizens Military Forces – through its hosting of a depot of the 25/49 Royal Queensland Regiment.

25/49 RQR has a distinguished lineage, tracing its roots back to the 8th Company Queensland Volunteer Rifle Brigade which was formed in Toowoomba in 1875.

Members have served in both World Wars and, more recently, in the Solomon Islands, East Timor, the Sinai, Iraq and Afghanistan.

“It is a day for all Australians to recognise and appreciate the enormous contributions of reservists to our nation.”

The theme for this year’s commemoration was 1942.

“With war encroaching on the Australian mainland, the militia numbered at its peak some 288,000 personnel,” Brigadier Armstrong said.

“And while training and equipment shortages were persistent, the militia provided a critical component for the Australian war effort.

“In 1942 alone, militia units were preparing to deploy to New Guinea and other Australian territories to engage with the enemy.

“Notably that year the 25th Battalion and 49th Battalion, as well as the 61st and 31st Battalions with, of course, the 39th Battalion, engaged in that magnificent action on the Kokoda Trail.

“The militia also provided tens of thousands of volunteers to the 2nd AIF engaged in operations across the Middle East and Pacific.

“And the militia was also preparing defences around the Australian mainland, preparing for a possible attack by the enemy.”

He also acknowledged the efforts of the Volunteer Defence Corps who were committed to serve and protect their communities.

Brigadier Armstrong said today’s Reservists remained an integral part of the military, ready to step up in response to any challenge and in defence of Australia’s national interest.

He said Reservists in recent months had been deployed to assist during bushfire and flood emergencies, border protection duties and the COVID-19 pandemic.

“Earlier this year, the Minister for Defence announced plans for the ADF and the Army to grow in size as well as a significant investment in recruiting and facilities,” he said.

“This growth will include the Reserves and our 11th Brigade. Right now we are looking at how we can increase our recruiting and presence in regional areas such as this one.”

He said his vision was for regional depots, such as the one at Wondai, to be revitalised.

The Wondai Town & District Band led the parade before heading to the park; the lead was then taken over by the members of the 5th Light Horse Regiment Gympie re-enactment troop: 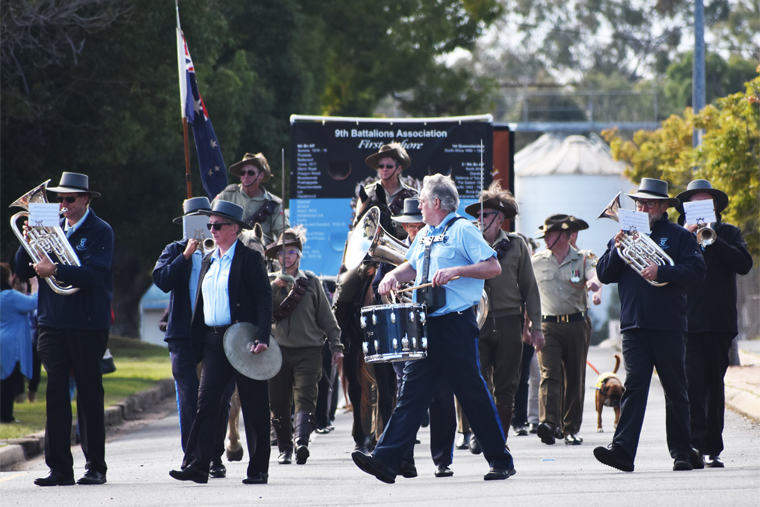 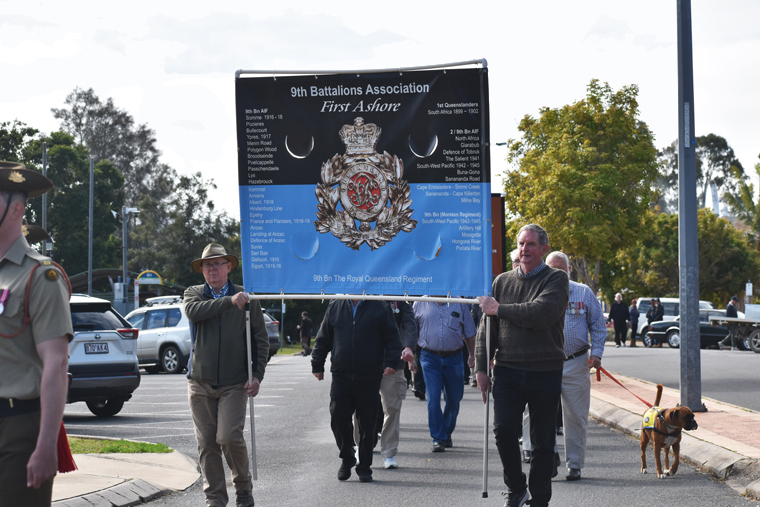 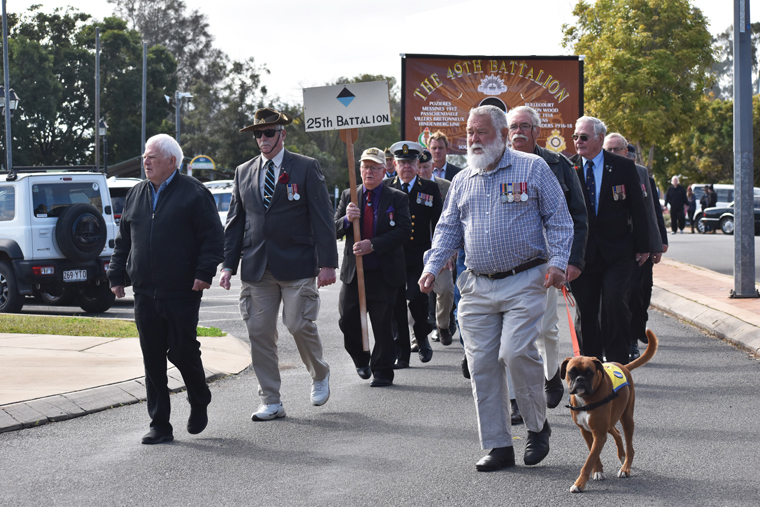 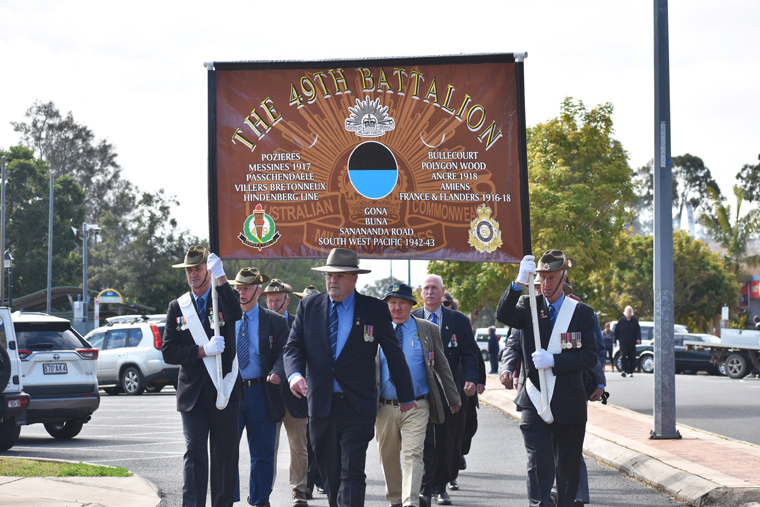 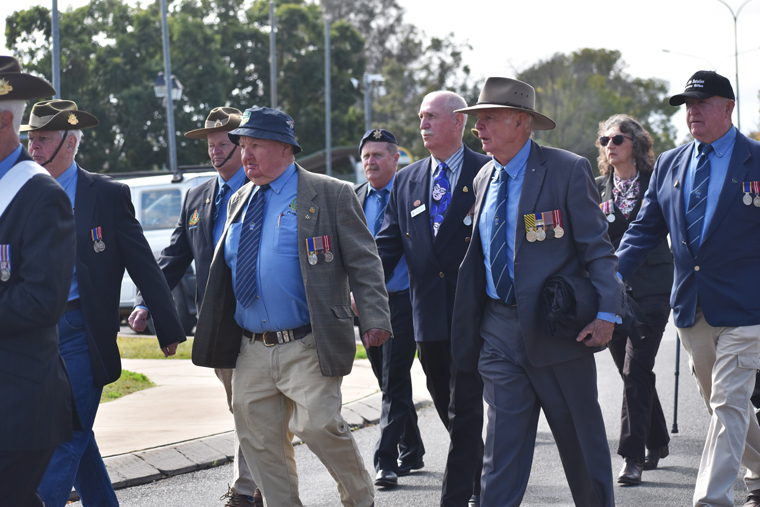 One Response to "Wondai Honours Our Reserves"