Three helicopters were called in on Saturday morning to assist firefighters tackling a bushfire burning in rough country near Coomba Waterhole at Maidenwell.

The two waterbombers plus a spotter aircraft were assisting rural firefighters on the ground.

They were being refuelled in a paddock across from Maidenwell Hall.

At 11:00am, there were eight fire crews at the fire, which flared up on Friday afternoon.

Local resident Eric Everett said the fire was burning along the river from Coomba Falls in difficult country.

A QFES spokesperson said the blaze was posing no threat to properties at this time but nearby residents would be affected by smoke throughout the day.

The risk of fires in the Wide Bay Burnett and Darling Downs regions is currently listed as “Very High”, a situation that will remain in place at least until Tuesday.

Fire crews were also in action on Saturday morning at a bushfire burning in Allies Creek State Forest, south of Myola Road and west of Williams Road, at Brovinia.

A QFES spokesperson said multiple fire crews were working to contain the blaze but it was  posing no threat to property at this time.

This incident was reported at 7:35am on Saturday and at 11:30am there were five fire units at the scene.

Due to the heightened fire conditions, a local fire ban has been imposed in the Somerset Council area from 1:00am on Sunday morning.

It will remain in place until 11:59pm on Monday.

Under a local fire ban, open fires are prohibited and all Permits To Light Fire which have been issued in the Somerset area have been cancelled. 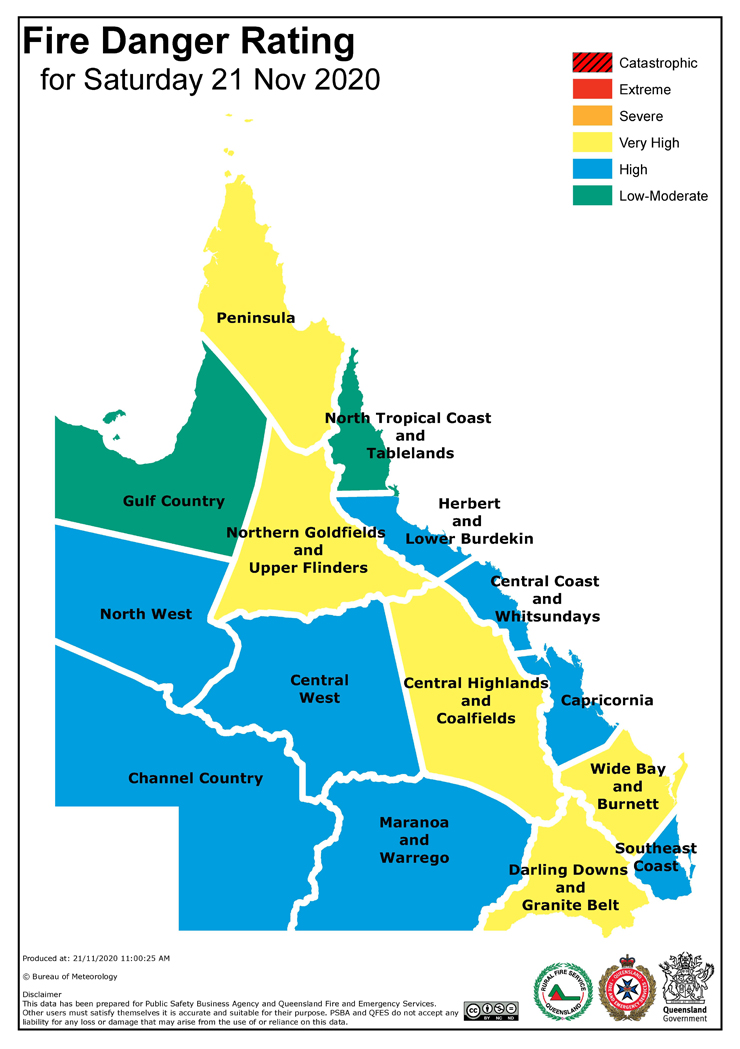 Kathryn Is Our Citizen Of The Year