Beautiful Day But Where Were You? 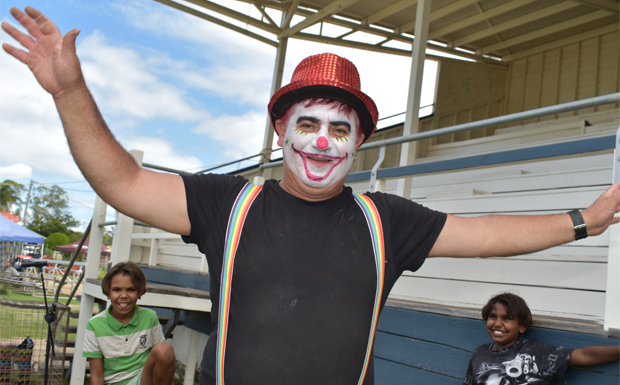 Tyrone O’Reilly, from Circus Fire Stunts, was keeping the kids amused with his circus equipment

“It was definitely affected by the paranoia about the virus,” Alan said.

“We had a beautiful day but only about half the crowd that we would have liked turned up.

“And only about half the crowd that normally comes to the rodeo was there.”

However, he believed the Show Society would “break even” on the event.

“At least we are better off than the shows that have been cancelled,” Alan said.

People who did go along had the chance to see some of the best cattle in the district be put their through their paces, as well as all the excitement of the rodeo and fireworks at night.

There was also action in the ring with showjumping and equestrian events plus a pavilion filled with exhibits.

The Murgon Show was officially opened by South Burnett Mayor Keith Campbell who emphasised the importance of rural shows.

“Agricultural shows are the lifeblood of a region,” Mayor Campbell said. “They are a celebration of what a region is all about.

“We could not survive in the South Burnett without agriculture.”

Alan is hoping that next year’s Murgon Show will be a lot more successful.

The Centenary Murgon Show will mark 100 years since the first Murgon Show was held in 1920 (a few years were missed during World War II). 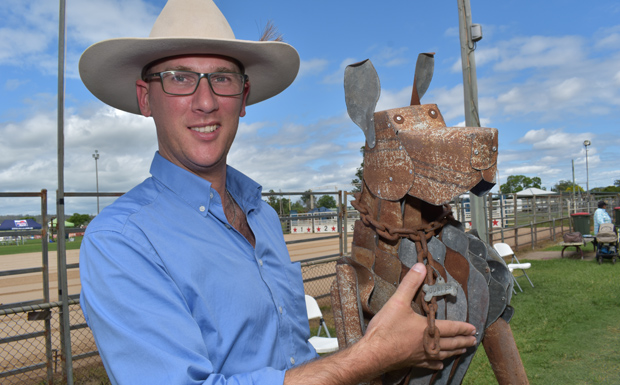 Murgon Show Society treasurer Trent Wrayford with “Gunner”, crafted by Crinkle Creek Garden Art out of tin from the showground’s old dairy shed … “Gunner” was one of the main raffle prizes 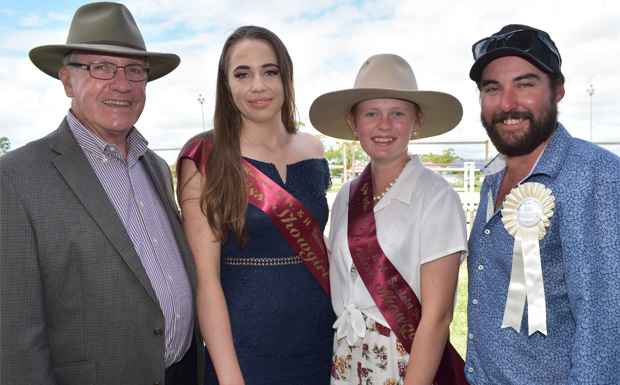 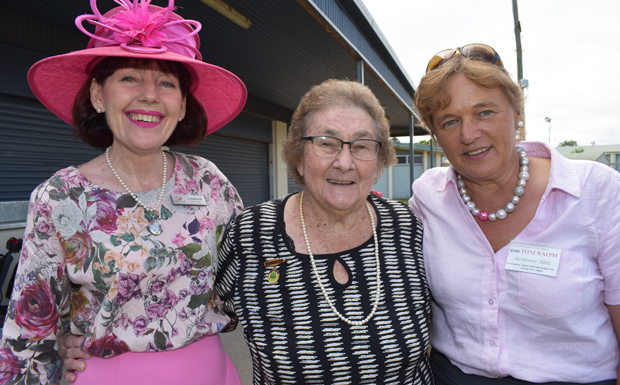 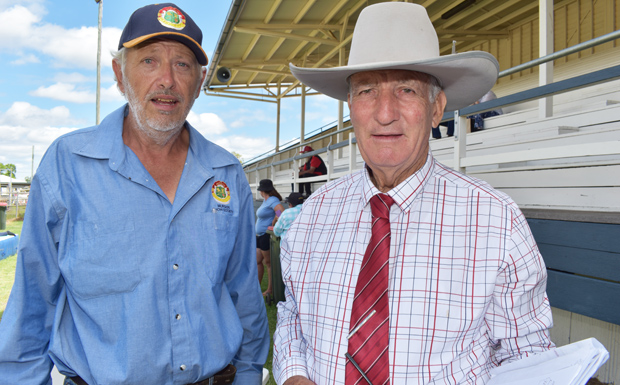 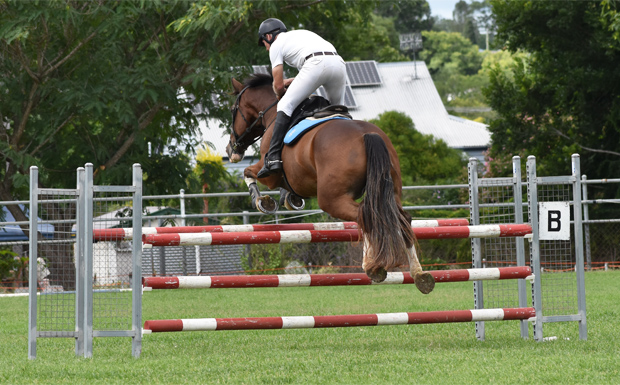 John Robertson was tackling the jumping course on his Clydesdale ‘Michael’ 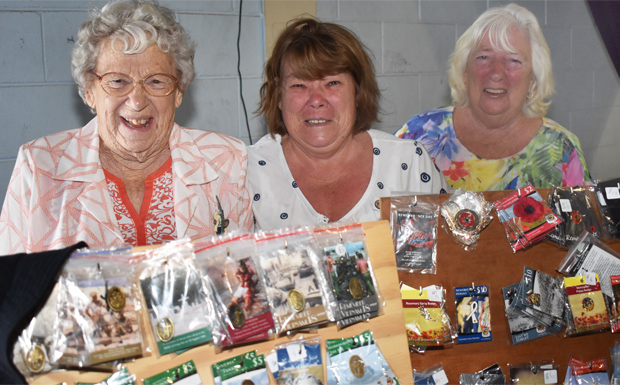 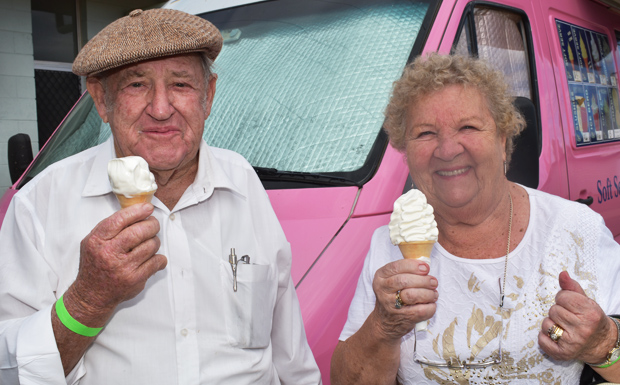 Jim Kingston and his wife Evelyn, from Murgon, were getting into the show spirit with soft cones 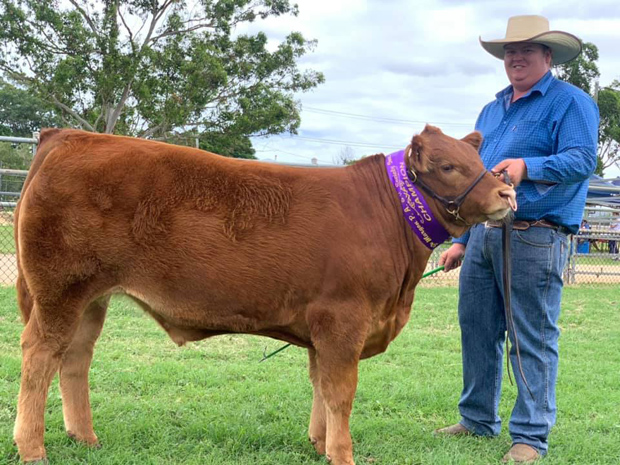 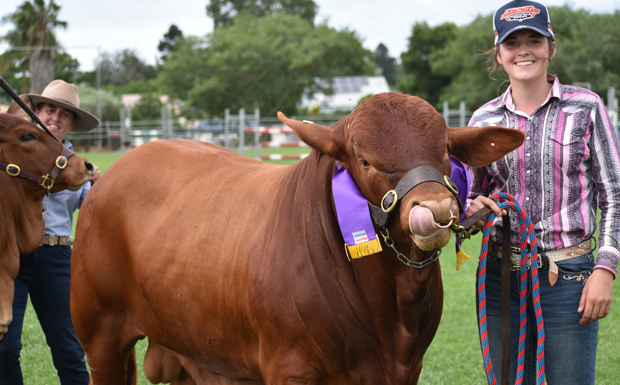 Ivia-May Riddell, from Traveston, with Rangeview Droughtmasters’ ‘Rangeview Arnie’, which won his Tropical class and was sashed Junior Champion bull 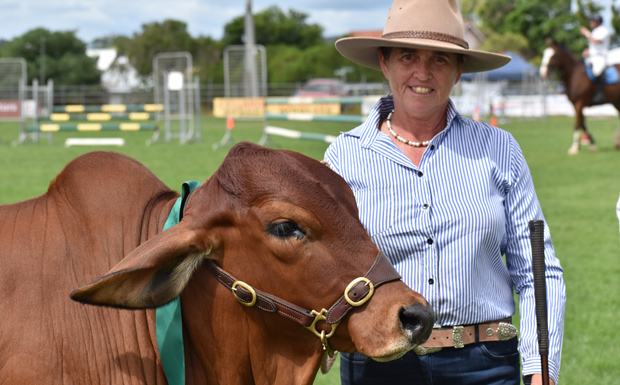 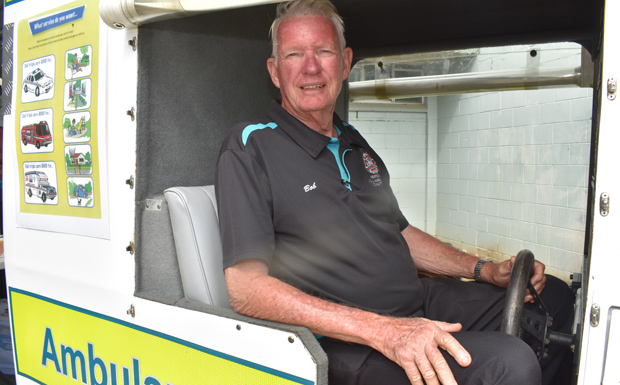 Robert Baldwin, from the Murgon Local Ambulance Committee, was checking out Axel the Ambulance … the LAC had a CPR display at the show 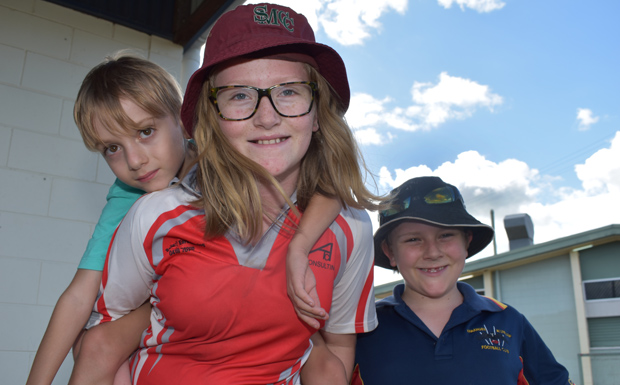 Jayden McAleese, 7, and Kelliegh, 11, and Karmichael Armstrong, 9, from Kingaroy, were exploring the Murgon Show 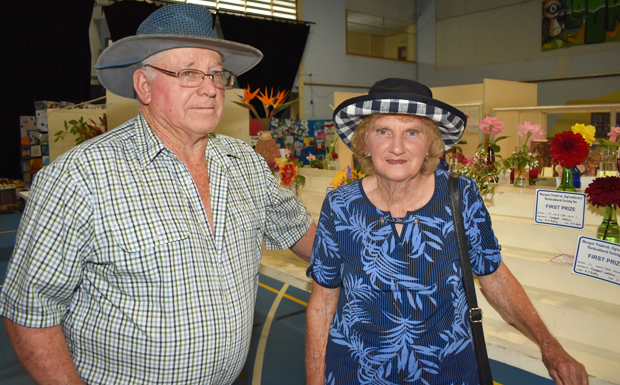 Frank and Margaret Watkins, from Murgon … Margaret won several First Prizes in the floral categories in the pavilion 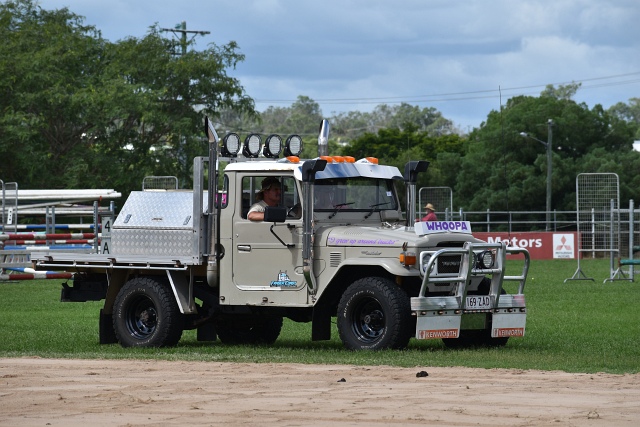 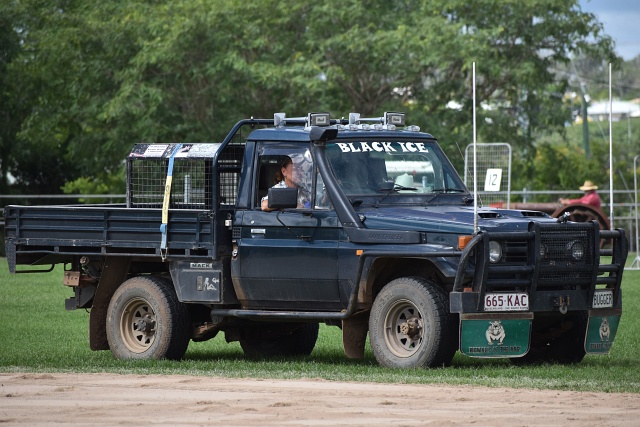 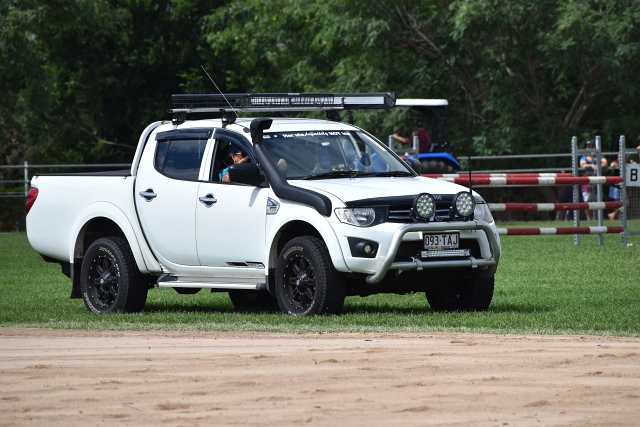 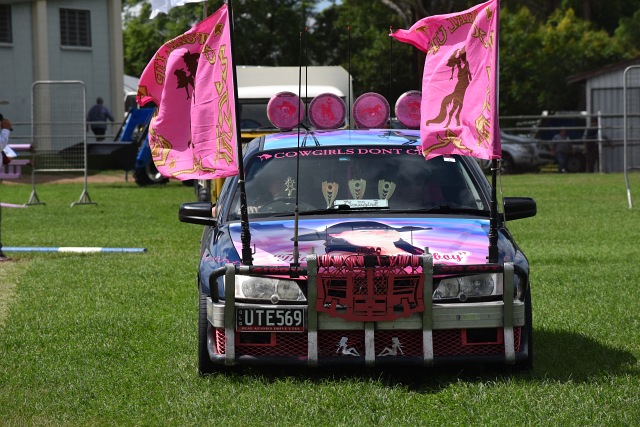 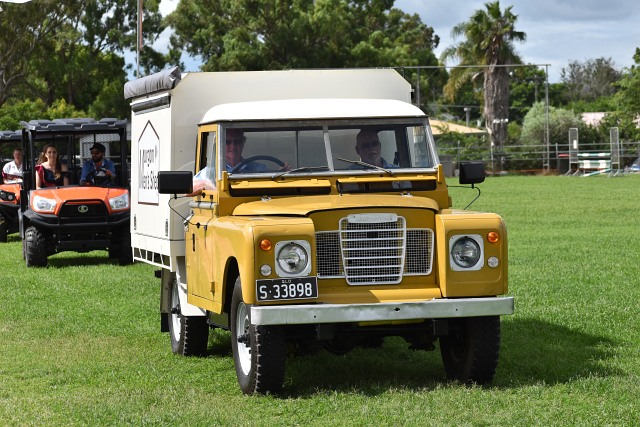 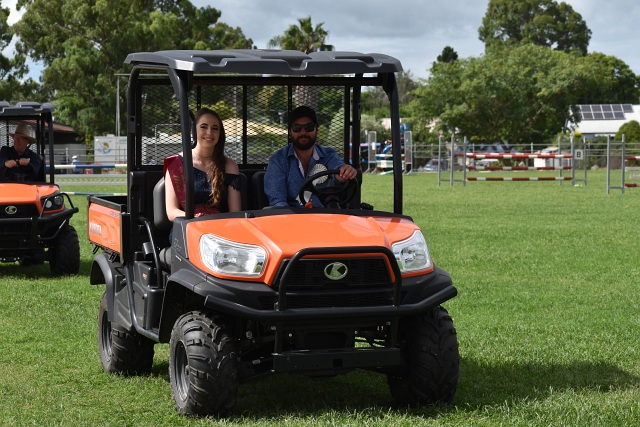 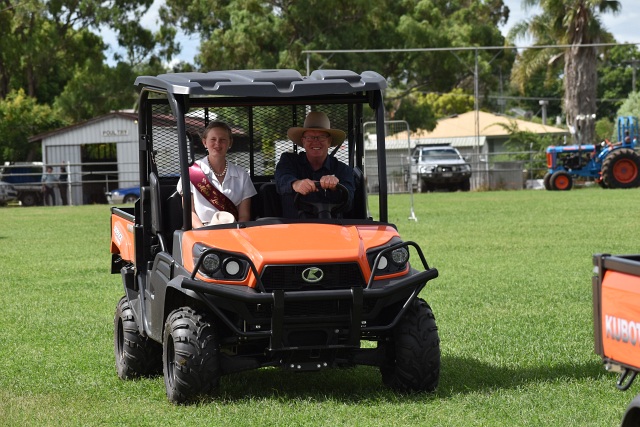 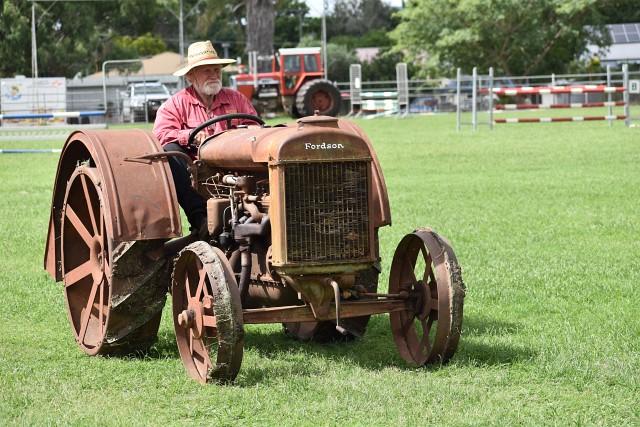 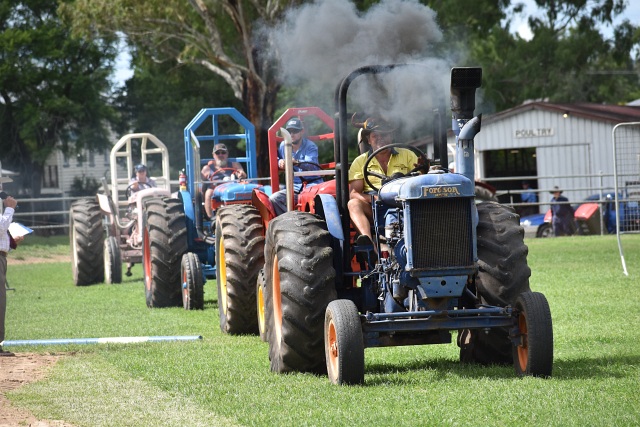 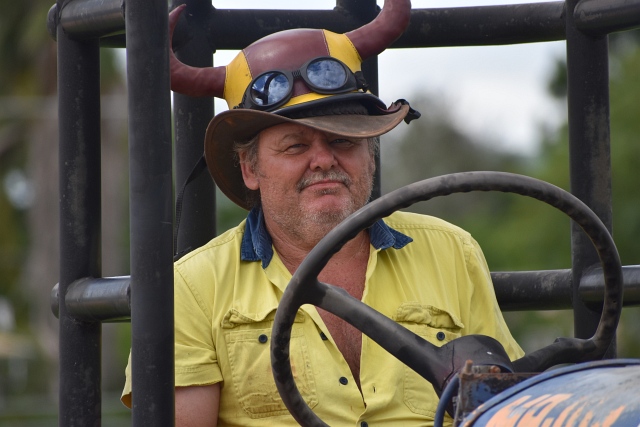 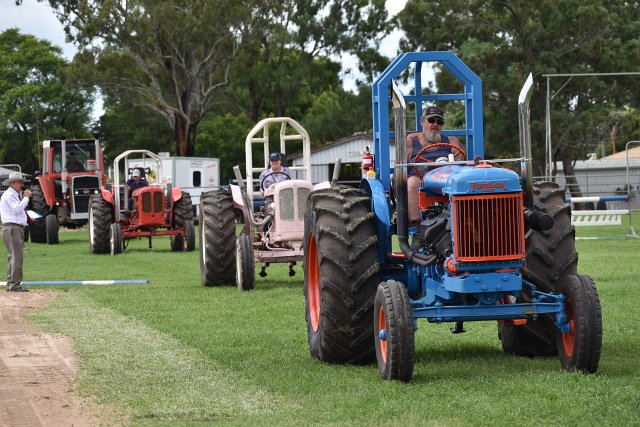 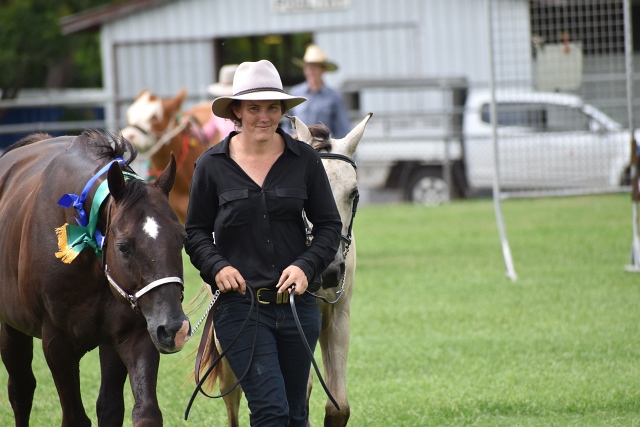 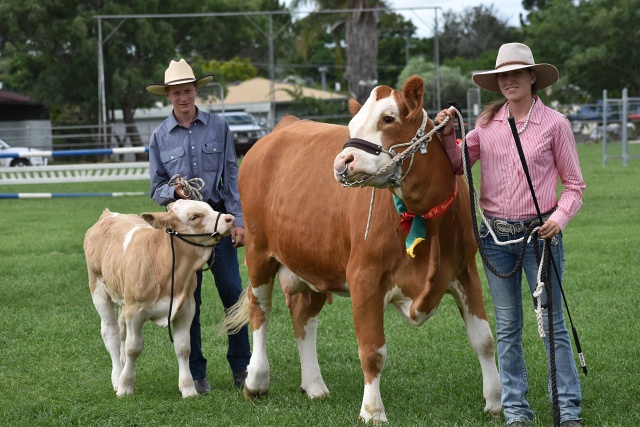