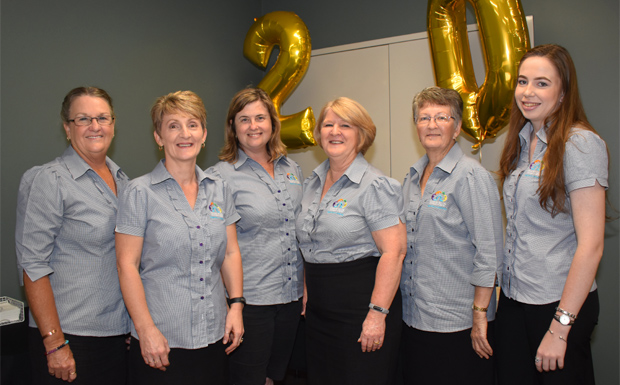 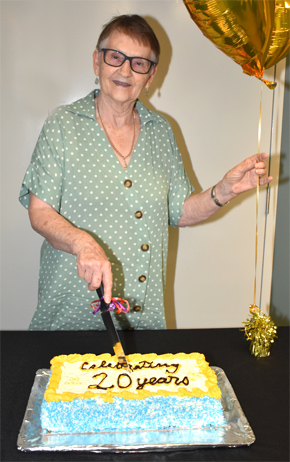 Enid Barford, who was a member of the original committee, cut the birthday cake

Back in 2000, it was known as SBCITS and it had just one van and volunteer drivers used their own cars. These days, Graham House Community Transport Services has a fleet of 12 vehicles which completed an amazing 9928 trips last year.

The not-for-profit community service transports people who would otherwise be stranded from all over the South Burnett (and beyond) to medical appointments, shopping runs and even social outings.

Its 20th birthday was celebrated at a morning tea on Thursday in Murgon with current and former volunteer drivers.

Co-ordinator Maree Anderson said the longest runs it makes are from Proston to the Gold Coast, but there are also regular runs to Brisbane, the Sunshine Coast and Toowoomba for medical appointments.

“We keep the cars where the pools of volunteers are,” Maree said.

Enid Barford, who was invited to cut the birthday cake, served on the first committee but also recalled the many meetings which led up to the formation of  the original South Burnett Community Integrated Transport Service (SBCITS).

Since then, the transport service has gone from strength to strength.  From 180 clients in 2000 to 680 clients last year.

“If the government had any sense they’d bottle it and take it all around everywhere!” Enid said.

The first co-ordinator of the service was Stephanie Whitaker who was followed by Leslie Dennien and finally Maree, who took over in 2008.

Maree said that when the service first started they used their own cars – “which was quite risky, I guess; you couldn’t do that today!”

Other rules and government regulations have also changed over the past 20 years, but the committee has successfully negotiated the challenges.

She said the service currently had 54 active volunteers but was always looking for more. 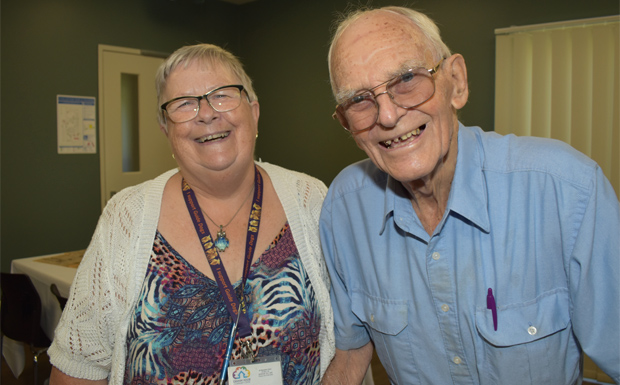 Kingaroy-based volunteer driver Cecily Porter with one of her very grateful passengers, Doug Farmer: “She’s extremely good. I’d be lost without her!” 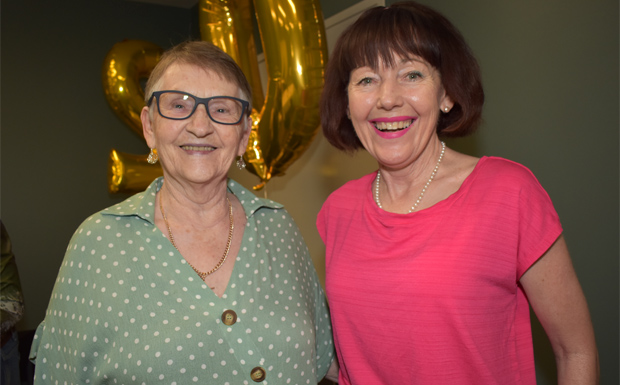 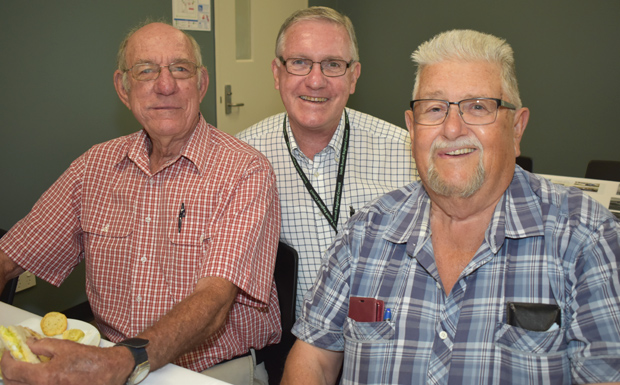 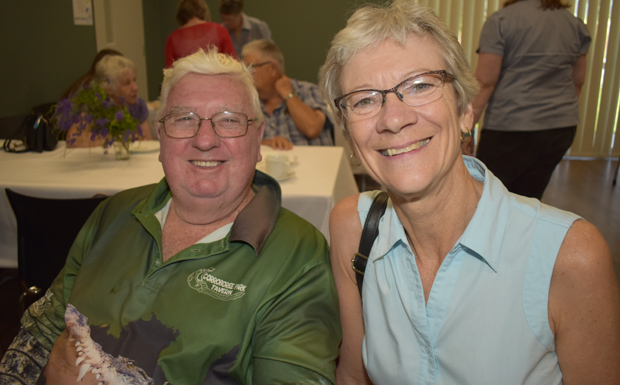 Proston volunteer John Papworth – who won one of the lucky door prizes, a ride in a new Mustang! – with Cr Ros Heit 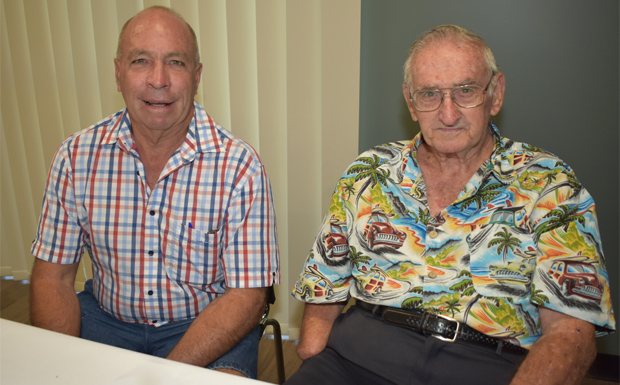 Ken Riis, Goomeri, is a brand new volunteer (he started on Wednesday) with Murgon volunteer Ivan Fels, who’s been driving for more than 10 years 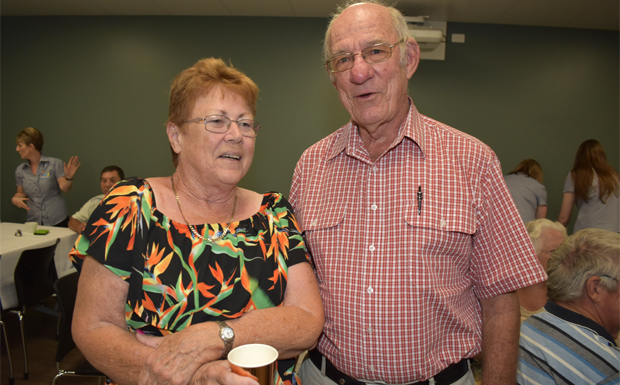 Retired volunteer drivers Anne Scott and Nev Hunt, both from Murgon … Anne drove for seven years while Nev was behind the wheel for more than 10 years

More than 20 volunteers had been with the transport service for more than five years. South Burnett Mayor Keith Campbell and Deputy Mayor Kathy Duff presented certificates to volunteers at the morning tea with five or more years of service: 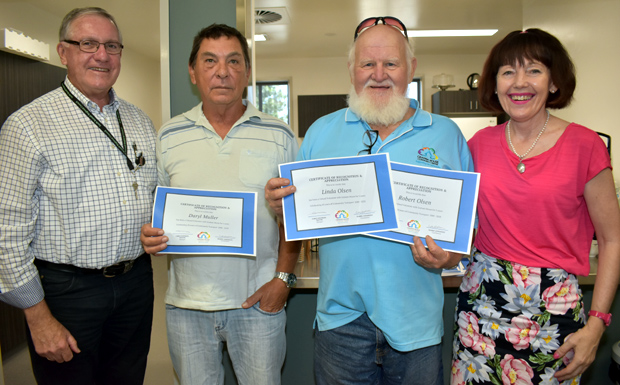 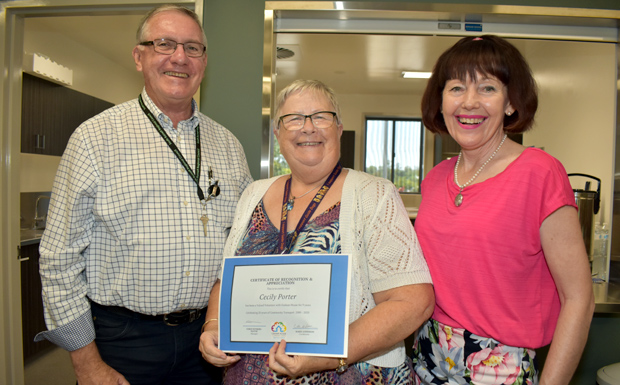 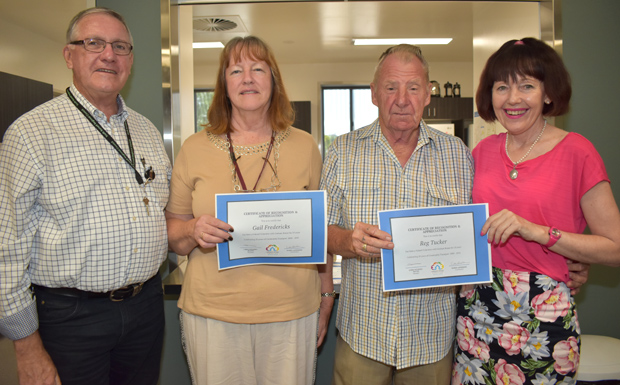 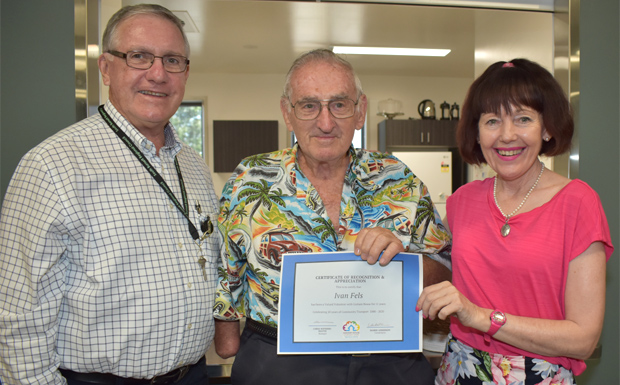 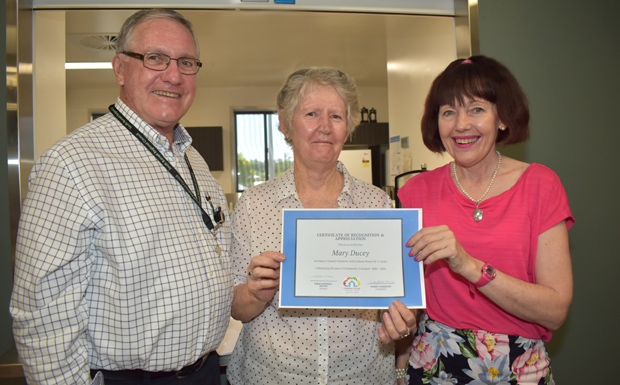