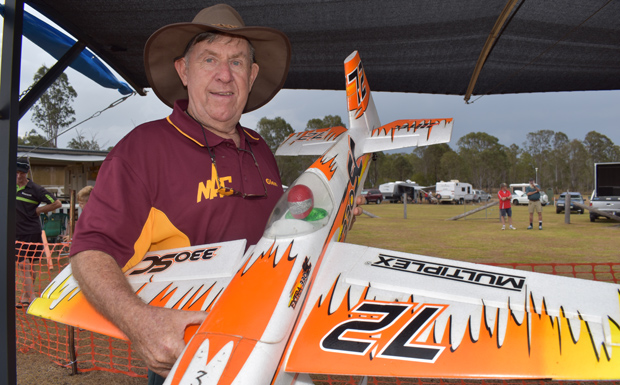 Glen Kruger, from Maryborough, with his Multiplex 330SC

The club’s annual fly-in attracted about 100 aviators on Saturday, with many camping at the club airfield for another day of action on Sunday.

They relaxed and chatted under marquees as they took turns on the airstrip, or snacked on boiled peanuts prepared by club president John Box.

The aircraft taking to the sky ranged from gliders to helicopters and everything in between.

There was aerial acrobatics from big 200cc craft down to tiny drones sporting video cameras.

Running repairs were the order of the day for some of the flyers after their craft suffered premature landings.

And the sights weren’t only in the air.

On Sunday, local car enthusiasts put on a display for the visitors to admire. 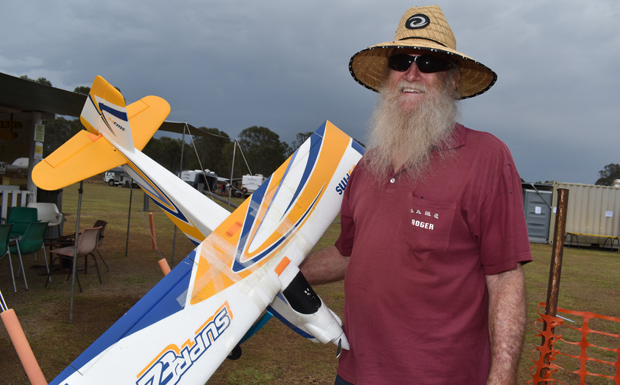 Roger Walker, from Kingaroy, with his SuperEZ … Roger didn’t have far to travel but many of the people at the fly-in came from clubs in Bundaberg and Roma 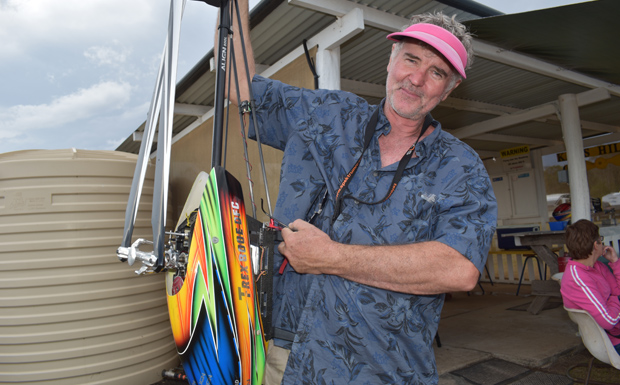 Looking more like a fisherman than a pilot … Steve Batkines, from Bundaberg, with his Align 800 helicopter 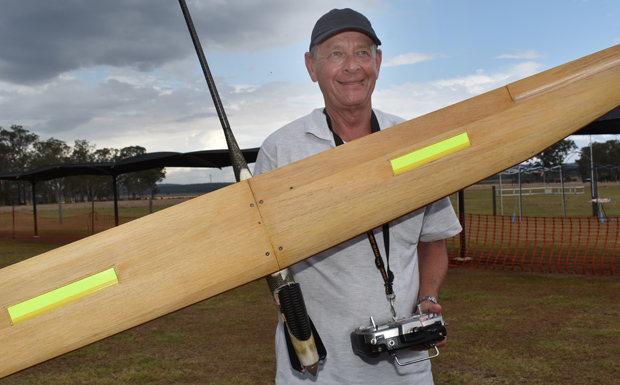 Garry Jordan, from Bundaberg, with his Bingo glider 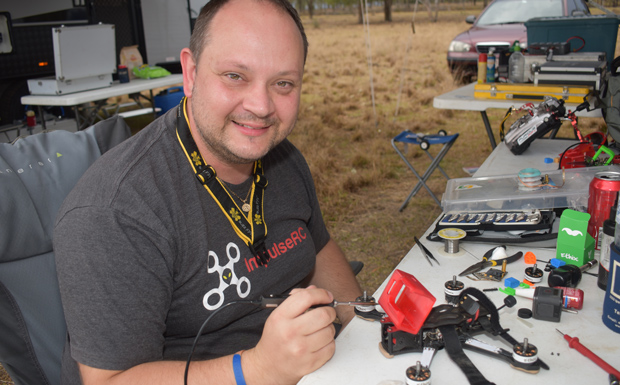 Craig Ward, from Brisbane, brought along an array of mini drones which could be fitted with GoPro cameras