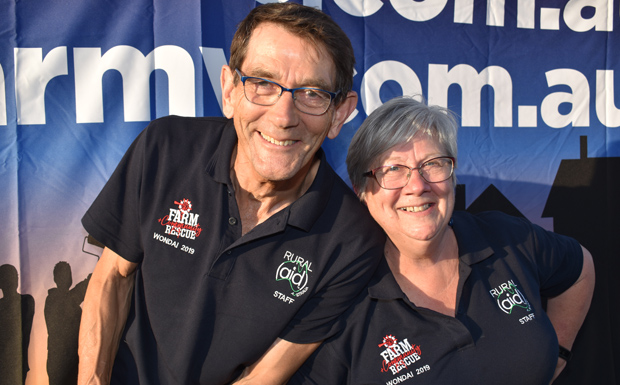 A group of 35 Rural Aid volunteers received a warm welcome to Wondai on Sunday afternoon to kick off their week-long stay in the region.

The volunteers are with the Farm & Community Rescue Program run by Rural Aid, which is probably best known for its Buy A Bale drought campaign.

Every year the charity picks out towns across Australia to help … this time it was Wondai’s turn.

They will be working with six farmers during their stay, doing the odd jobs that tend to get overlooked when times are tough.

“We’ll be fixing pumps, repairing troughs, fencing, painting … all the little jobs that get overlooked.”

They will also be doing minor repairs at the showgrounds.

This is the first time Rural Aid has visited the South Burnett.

They began their visit on Friday with another related program, “Gift Of Music”, to help local schools (see separate report).

As part of this, the charity also organised a visit by the Australian Army Band from Brisbane.

The band played at Kingaroy State High School on Friday, then did a sold-out charity concert at Kingaroy RSL Club on Saturday night before playing at the Wondai Welcome For Volunteers on Sunday.

On Wednesday, local farmers who have registered with Buy A Bale will be presented with $500 Rural Aid Country Cards at Wondai Showgrounds.

Rural Aid will also be announcing this week the 10 towns that the Farm & Community Rescue volunteers will be aiming to visit across Australia next year. 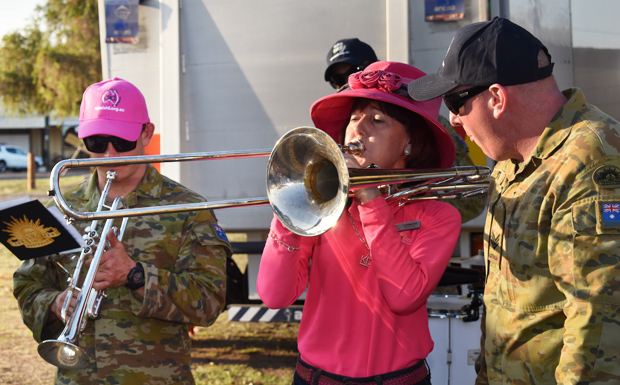 Deputy Mayor Kathy Duff has a go at one of the Australian Army trombones … it turned out to be a lot harder to play than it looks! 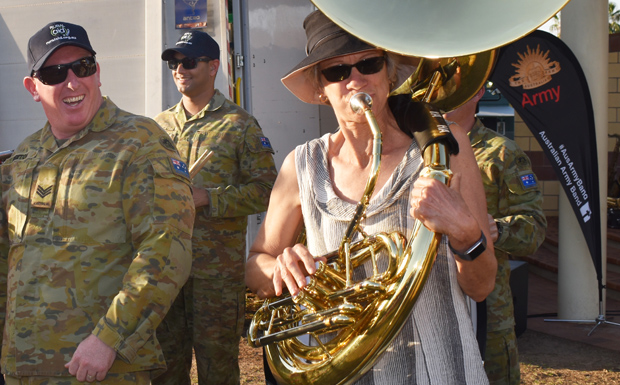 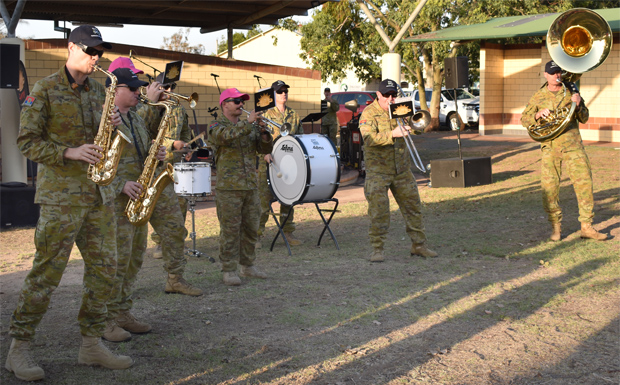 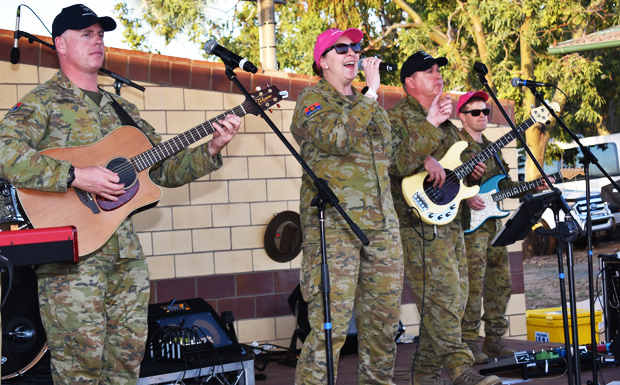 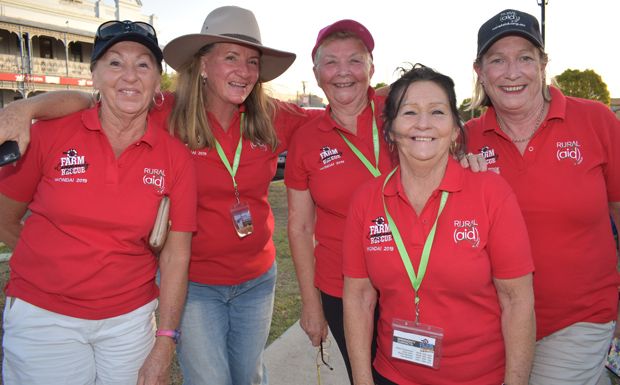 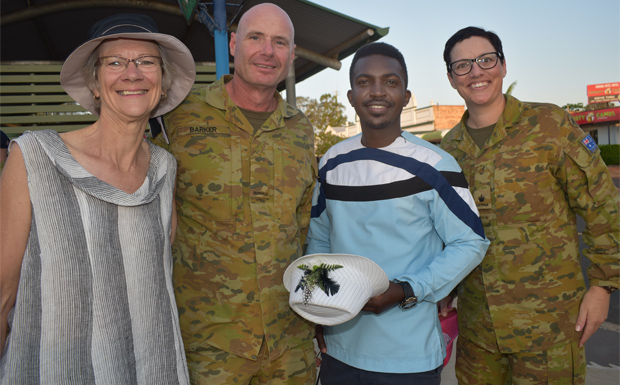 Cr Ros Heit with musician Bill Barker, Amiel Nubaha, and Major Rachel Beeton … Amiel, the president of the Rwandan Association of Queensland, has recently moved to the South Burnett 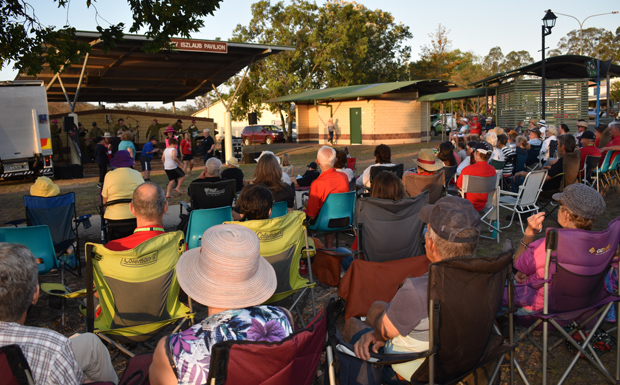 Some of the crowd of local residents and visiting volunteers enjoying the Army concert, and yes, there was dancing … 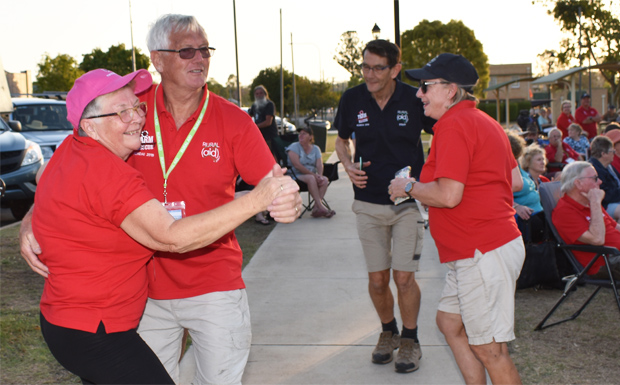 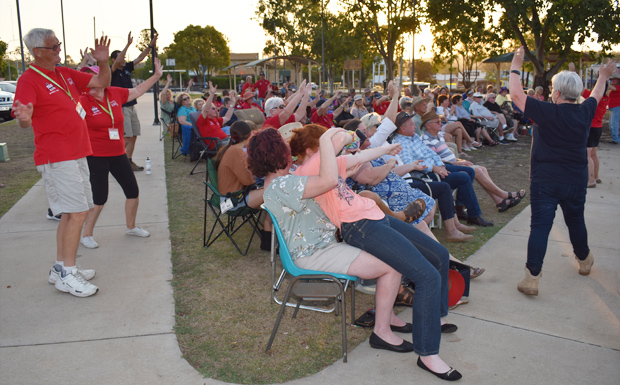 … and even some rock concert-style arm waving