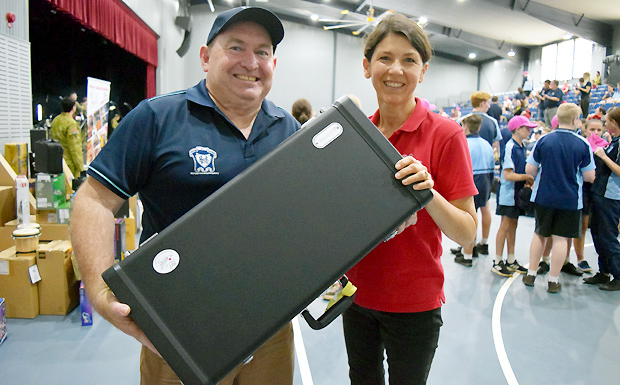 Seven South Burnett schools shared in a surprise $50,000 gift of musical instruments and Lego on Friday.

The support came from Gift Of Music, a branch of the Rural Aid charity that is providing practical help to farmers hit by drought or other natural disasters.

While they were there, they also enjoyed workshops with the Australian Army Band, which had come up from Brisbane to perform at a sold-out concert being held at Kingaroy RSL on Saturday, and a public concert that will be held at Coronation Park in Wondai on Sunday afternoon.

They will be camping at the Wondai Showgrounds all week, and he estimated the group’s visit could inject as much as $100,000 into the town’s economy.

“We try to buy as much as we can locally wherever we are. That’s good for the town as well as the farmers, and helps ensure we spread the benefits of our visit as widely as possible,” Wayne said.

He said the charity, which was established in 2015, generally helps one Australian farming community a month, and this time it was Wondai’s turn.

But while Rural Aid assists farmers with anything from fence repairs to shopping vouchers, Gift Of Music was aimed at helping their children.

Wayne said children were often the “forgotten victims” of drought.

They have to deal with very adult things at a very young age.

That’s why the school gifts included not only musical instruments, but also Lego so non-musical children wouldn’t feel left out.

Wayne’s wife Robyn said work for Rural Aid had “exploded” over the past year as Australians in the cities became aware of just how bad the situation in many rural areas had become.

The group was very grateful for the sponsorships they received – which came from both large companies as well as ordinary people – which allowed Rural Aid to do its work. 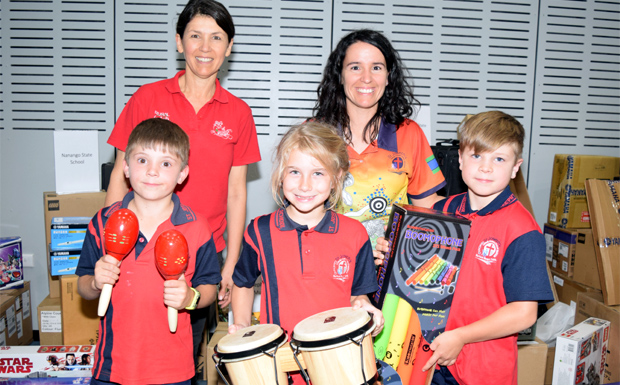 The Rural Aid team will be welcomed to Wondai on Sunday (October 20) with a free community concert in Coronation Park.

The Australian Army Band and the Wondai Town and District Band will both be performing between 4:00pm and 6:00pm.

Next weekend, Rural Aid’s visit will conclude with the Farmer’s Big Day Out at the Wondai Showgrounds which will run from noon to 7:00pm.

This free entry event will include a concert by Brendon Walmsley, trade sites, whip cracking displays, chainsaw ripping and sculpting, a dog jumping competition, a mechanical bull and children’s activities.

Farmers will also get a free lunch, and giveaway vouchers will be handed out. 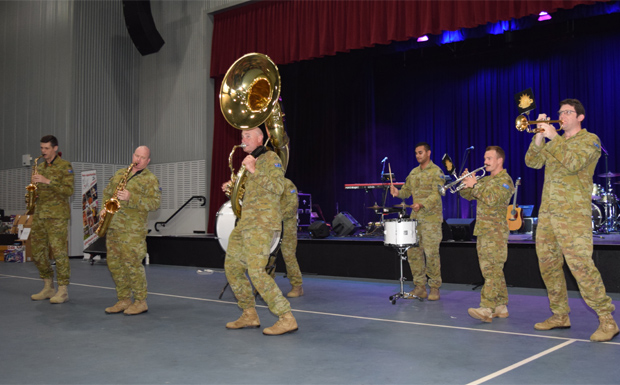 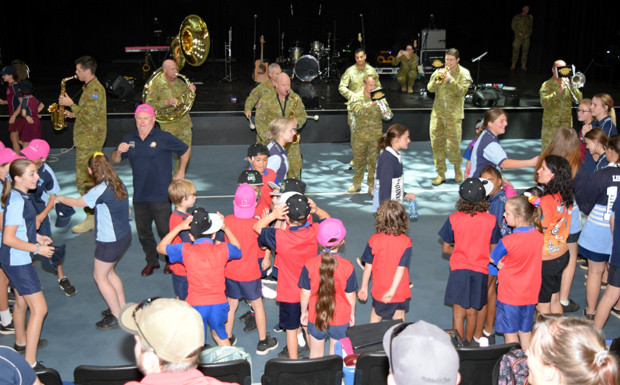 … broken up by some spirited dancing sessions