Work To Start On Piggery Upgrade 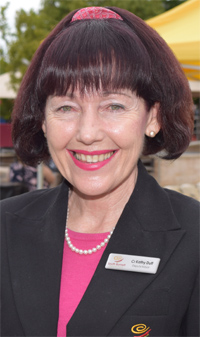 South Burnett Regional Council will pay half the cost of upgrading Kratzmanns Road at Windera to allay local residents’ fears about the expansion of a local piggery.

In February last year, Council approved an application from Morning Hills Piggery on Morgans Road at Windera to expand from 5200 SPU to 28,500 SPU.

The application had received eight objections from residents living nearby.

It caused some discussion because vehicles entering or leaving the property would have to traverse a notorious dog-leg on Kratzmanns Road.

The intersection of Kratzmanns Road with Murgon-Gayndah Road would also have to be upgraded.

However, Deputy Mayor Kathy Duff said on Tuesday the owner of the piggery had offered to organise the road upgrades to allow the expansion to go ahead in a single stage.

The roadworks would have to meet Council and Department of Main Roads specifications.

This had followed extensive negotiations with Council.

The owner would pay for half the cost, with Council paying for the rest.

Construction work at the piggery site is due to begin this week.

The full expansion of the piggery is expected to be completed by December next year with at least 10 jobs being created.