Rotary Books Up Another Success 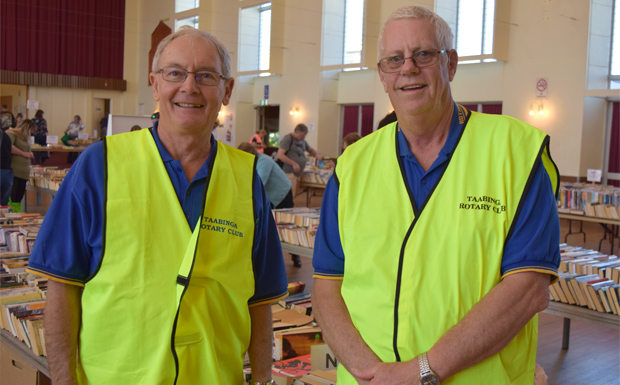 Taabinga Rotary members Darryl Roberts and Ralph Clark said they were delighted by the roll-up to this year’s Bookarama, which may have equalled last year’s record-breaking attendances

Tthe crowd was thickest on Saturday morning as eager buyers flocked to the venue to take advantage of the biggest selection.

But on Sunday the event still attracted a good-sized crowd, who patiently milled around the tables in search of elusive tomes or stopped to chat with friends about lucky finds.

Member Ralph Clark, who was helping out on Sunday, said he thought one of the nicest things about Bookarama was that the proceeds were always distributed back into the community to help other community groups complete their projects.

This money was later shared between the Royal Flying Doctor Service, the Kingaroy Hospital Auxiliary and the Buy A Bale drought relief program.

Ralph said while the final tally for 2019 probably won’t be known for a few days, he expected it would come close to matching last year’s record.

He thought this was amazing, considering how many other events were on the same weekend and how flat the local economy has been due to drought.

However, Bookarama has built up fans over the past decade.

Bookarama also caps off another busy year of activities for the club.

In the past 12 months this has included helping cater for BlazeAid volunteers who assisted with the clean-up after last October’s freak storms; running the bar at the annual Wine and Food In The Park Festival; and assisting with the Wondai Sprints. 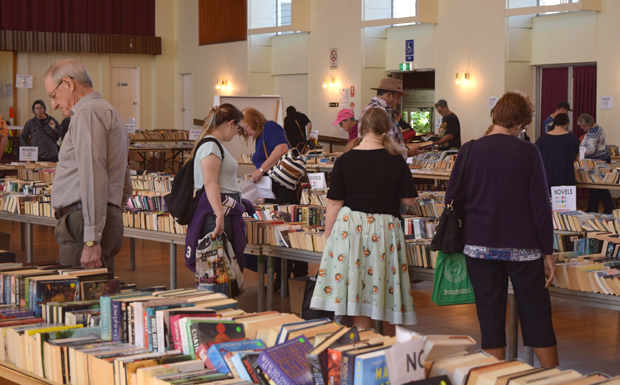