Rotary’s Bookarama
Reaches Out To Farmers 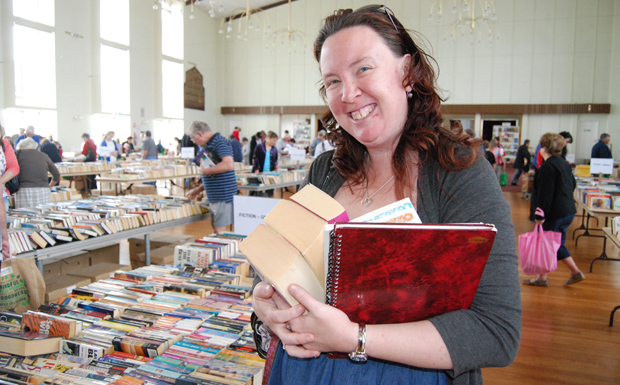 Sharon Davey, from Kingaroy, was loading up some good reads

Bookarama is the club’s biggest fundraiser and at least half of this year’s funds will go to help drought-stricken primary producers in the South Burnett region.

Taabinga Rotary community service director Darrin Kefford and club president Greg Marr handed over a cheque for $5886 to AgForce representatives  Carolyn Stone and Sarah Due on Saturday morning, with more to come from the Bookarama profits.

The cheque was made up of donations from Rotarians from throughout Queensland after the club put a call out for help at the end of May.

Sarah said the appeal was now concentrating on providing fuel cards and food vouchers for families in the North and South Burnett areas and parts of the Gympie Regional Council area. 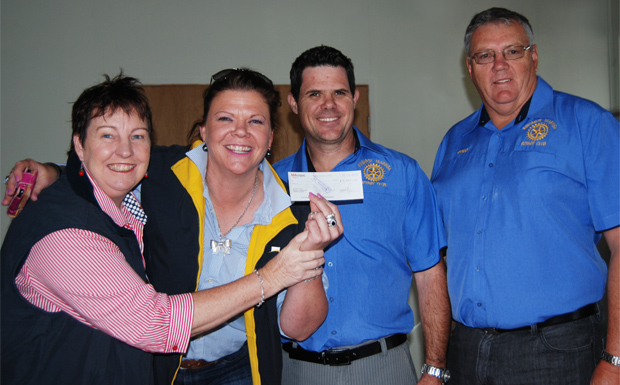