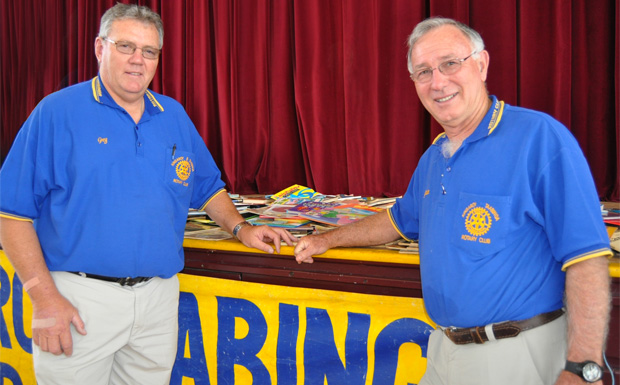 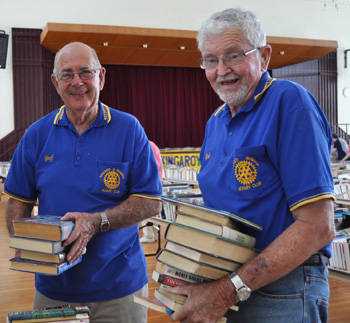 Geoff Aird and Robert Carroll were doing some of the heavy lifting ... sorting through the thousands of donated books

There were fiction and non-fiction, children’s books and magazines. Most came from public donations but there was also obsolete stock from the South Burnett Regional Council’s libraries on the tables, too.

They were all on offer for the bargain price of $1, which encouraged many buyers to leave with armfuls of reading material.

The club also raised several hundred dollars from a sausage sizzle running on the Town Hall steps and from raffles; $100 was also given in donations at the door.

Unsold books will now be returned to the club’s shed for collation and storage. 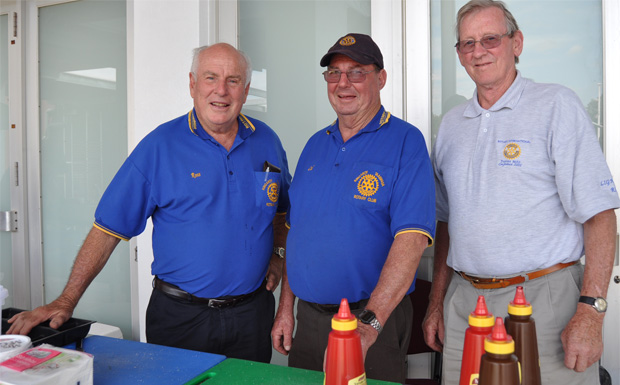