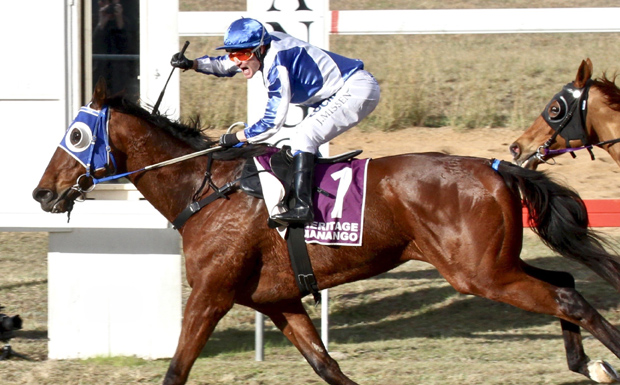 Accordingly, they could not settle on a favourite.

The event that promised to be an absorbing affair turned into a real bottler with Executed, loaded with 66 kilograms and Fasta Than Light (55 kg) engaging in a rousing duel over the final 600 metres.

Given the pressure that was applied, it would not have surprised if the top weight had floundered late in the journey.

But the Warhead gelding had enough dry powder to put a length on his rival during the last 50 metres.

Gud Onya, the hopeful from Jandowae, made ground to be a similar margin away in third spot.

The only other contender Phoenix Flyer (Hannah Phillips, $8) was not disgraced in running fourth.

The son of So You Think and Freckled Face was narrowly beaten seven days later as an $18 chance in a $19,000 0-62 Ratings Band Handicap at Toowoomba.

By the way, Free Billy scored with 66 kilograms in a set weight BM 60 at Goondiwindi on August 3.

The Moree based nine-year-old by Bel Esprit is used to carrying huge imposts to victory in New South Wales picnic meetings. 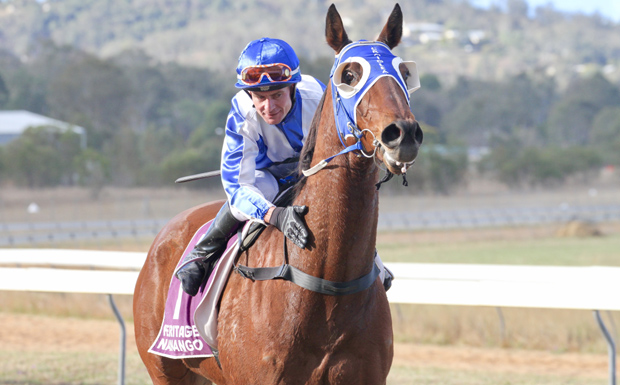 Nanango Premiers To The Fore

Apprentice Hannah English and her master Glenn Richardson were quickly into the defence of their 2018-2019 Lee Park titles when Souixsie successfully enjoyed her pacemaking opportunity in the Deb Frecklington MP Class B Handicap (1200m).

The Gayndah Maiden winning mare is by Rocker, a stallion with genetic endowments from Fastnet Rock, Encosta De Lago and Viscount.

She turned in a sound second at Gympie late last month.

The Richardson-English unit was only a long head shy of taking out the major bonus money when Brigalow Queen downed all bar Super Leon (Gary Geran, $1.90) in the Huston Nissan QTIS Maiden Plate (1200m).

Donald “Duck” Baker, the winner’s mentor, was relieved that the four-year-old prevailed.

The chestnut son of Super Easy (NZ) has had to overcome a number of problems.

His only other raceday appearance earned the runner-up’s cheque at Esk on July 13.

English also picked up a second placing on Fasta Than Light’s stablemate Haylee Prince in the McDonalds Kingaroy BM 65 (1200m).

The trainer and jockey made the top ten in their groupings in Queensland’s country racing category for the racing year that concluded on July 31.

They were the leading South East Queensland based participants in a highly competitive environment, especially in the most populous corner of the state.

The North West Queensland hoop Dan Ballard was the clearly on top of the jockeys’ ladder with Joshua King holding down the second rung.

Bevan Johnson took the training honours with Tanya Parry (Julia Creek) and John Manzelmann (Mackay) next on the list. 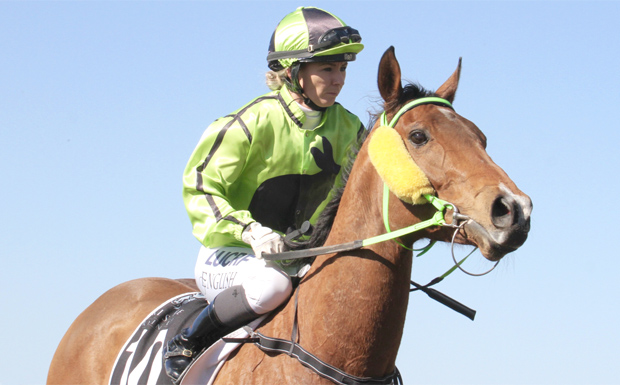 The Nanango Horse of the Year, having led for much of the 1200 metre trip, battled on to wind up a length and three parts adrift of Epic Girl, a Shamus Award mare that had recorded metropolitan placings at her three previous outings.

Although the Richardson-English partnership were out of luck at Doomben with Stella’s Dream and their newcomer The Mechanic, it was great to see the side supporting the special item on the card, the $50,000 Queensland Country Highway Class 4 Plate.

The race was restricted to horses trained at a Queensland venue that does not hold a Saturday Metropolitan standard race meeting.

Nominees must have contested at least three races for the current Queensland trainer or have been in that trainer’s care for a minimum of 180 days, up to and including August 5.

Barry Gill (Gympie), David Reynolds (Dalby), Grahame Banks (Oakey) and Brenton Andrews (Gatton) all had a crack at the high prizemoney put up for country cuddies.

Other candidates travelled from Mackay, Rockhampton and Beaudesert.

Although the stimulating innovation was tied in with day’s theme of Queensland Country Life-City Meets Country theme, it would be worth repeating on a once a month basis.

Understandably, city stables have reason to object as their strings are eligible for the usual $50,000 lower class race that Saturday’s “rural” one temporarily replaced.

Meanwhile, next weekend’s $24,000 Gympie Muster Cup (1470m) is a feature that is likely to entice trainers Krystle Johnston and Pat Duff to have another clash with their respective charges Executed and Fasta Than Light.

The handicapping will be fascinating.