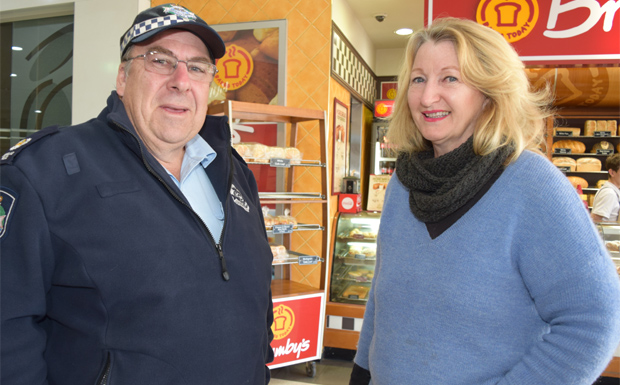 Kingaroy’s second “Cuppa With A Cop” morning drew a positive response from shoppers at Kingaroy Shoppingworld on Wednesday.

The event saw uniformed, plain clothes and former police converge on Muffin Break at 10:00am for 90 minutes of coffee, muffins and relaxed conversations with the public on any topic or concern that anyone wanted to raise.

These included anything from local crime trends to whether or not the station will be holding another community brekkie later in this year.

Snr Sgt Tierney kicked off the idea last November to help break down barriers between police and the public, and hopes to hold similar get-togethers every three months whenever workloads allow.

It is one of several initiatives Snr Sgt Tierney has introduced since he took over the reins at the station last February after a 13-year posting at Dalby.

Other initiatives have included community barbecue breakfasts; hosting a meeting of the Kingaroy Chamber of Commerce at the $8 million police station which included giving guests a guided tour of the facility; and regular interactions with community groups.

Snr Sgt Tierney said it was his view the best policing outcomes came about when the community worked in partnership with the police.

Events like “Cuppa With A Cop” help break down barriers and show that at the end of the day, police are just ordinary people trying to do a good job keeping the community safe, and they welcome the public’s input.

A date has yet to be set for the next “Cuppa With A Cop”. 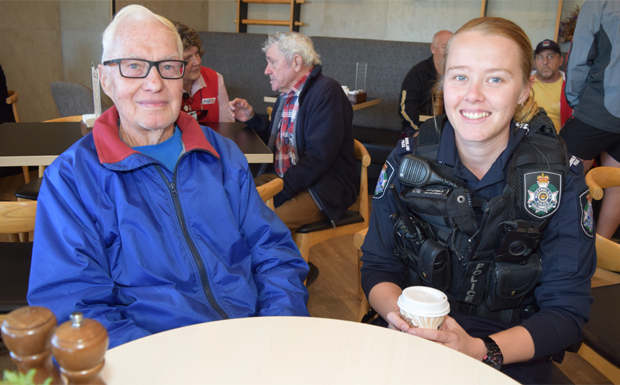