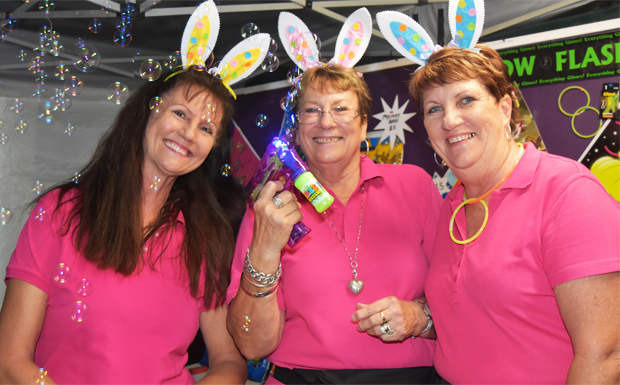 When there was a sprinkle of rain on Friday morning, everyone held their breath … was it going to rain on Murgon’s town celebrations yet again?

But the fears quickly disappeared as evening fell and a perfect autumn night greeted revellers in Lamb Street for the Murgon Business and Development Association’s inaugural Easter Fair.

The town celebration is usually held at Christmas but Mother Nature hasn’t been kind in recent years.

The 2018 Christmas Fair had to be cancelled at short notice after heavy rain was forecast.

And during the three previous years, the event was either cancelled or shortened due to bad weather, racking up almost $30,000 in losses for the MBDA.

So the association decided to swap Santa for the Easter Bunny this year and try a different time for the town party.

There were stalls, amusement rides, music and food … in fact, everything the Christmas Fair usually has.

But instead of Santa hats, stallholders were proudly wearing rabbit ears.

Children were queuing to get their photos taken with the Easter Bunny instead of Father Christmas; and Murgon Rotary’s “ham wheel” was handing out baskets of Easter treats as prizes.

Many Murgon shops stayed open for the night, providing an extra opportunity for local businesspeople to attract customers.

“Everyone enjoyed it and it was better than the Christmas carnival financial-wise,” he said.

“We received lots of congratulations on the night. We have never had that for a Christmas carnival.

“The food stalls all sold out. Everyone was over the moon.

“It was a really fantastic night and I would like to thank the community for supporting it.”

Leo said the night had provided a “blueprint” for doing it again next year.

At this stage, the MBDA now just plans to hold carols in the park at Christmas, which could easily be shifted into the Town Hall if it rained. 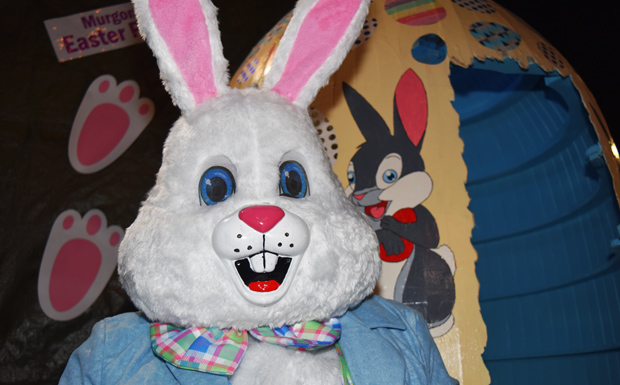 Instead of Santa, children could get their photos taken with the Easter Bunny … the Murgon Men’s Shed even made a special “Easter egg home” for the rascally rabbit 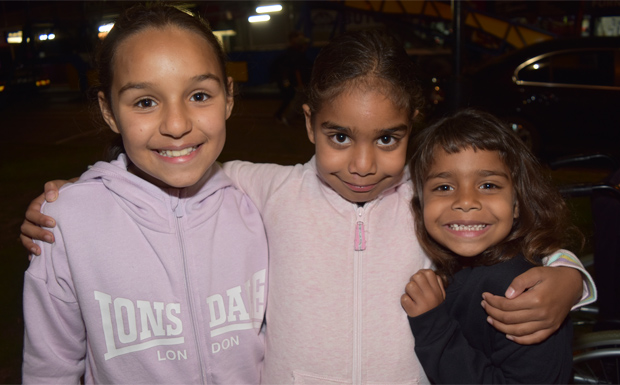 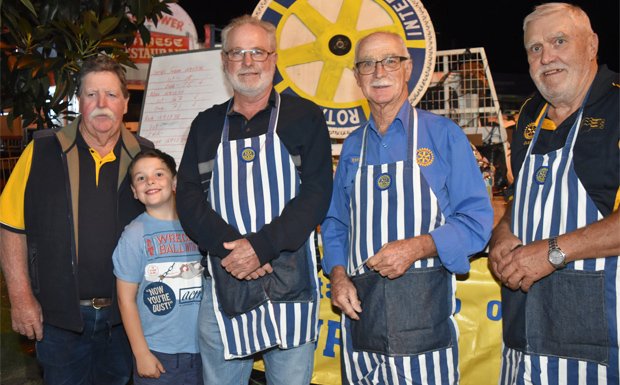 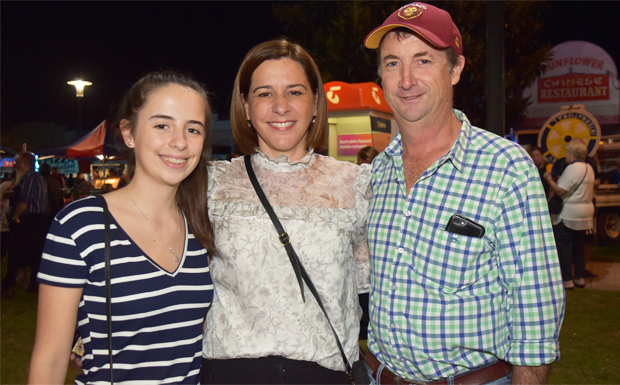 The Easter Fair was a family night, even for local politicians … Elke, Deb and Jason Frecklington 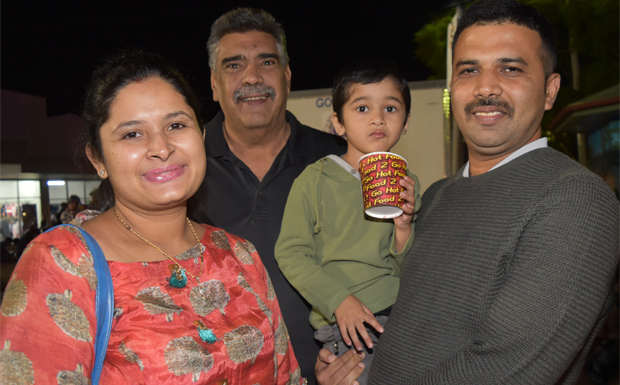 Cherbourg Council CEO Warren Collins, at back, with Beena and Zala Chatursinh and Kunj, 4 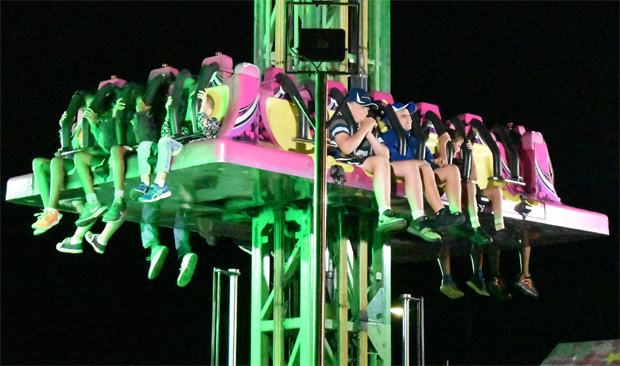 All the popular big rides were there … including this big drop 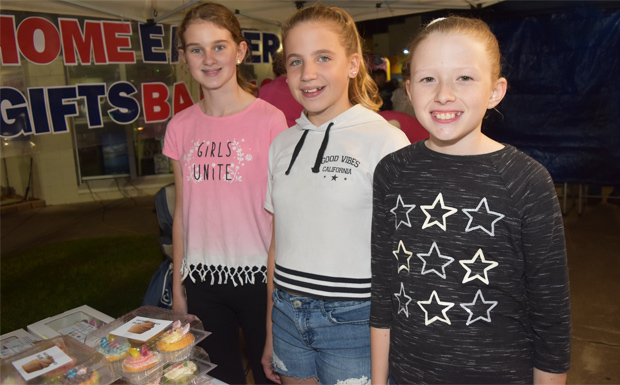 Students and P&C members from Wheatlands State School had a stall to help raise funds for a trip to Canberra … from left, Year 6 students Tamika Ward, Erin Kunde and Shea Troeth 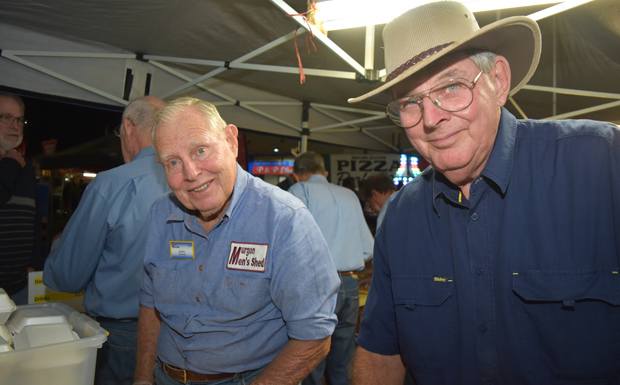 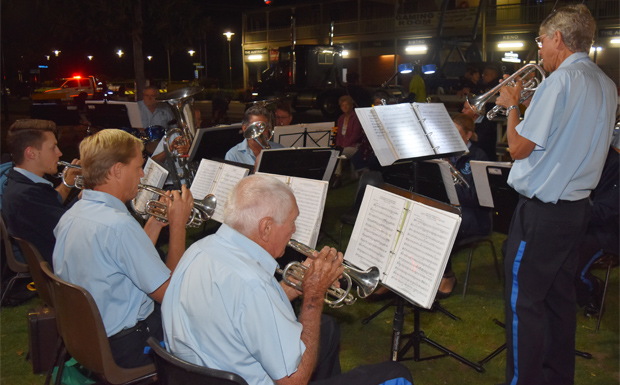