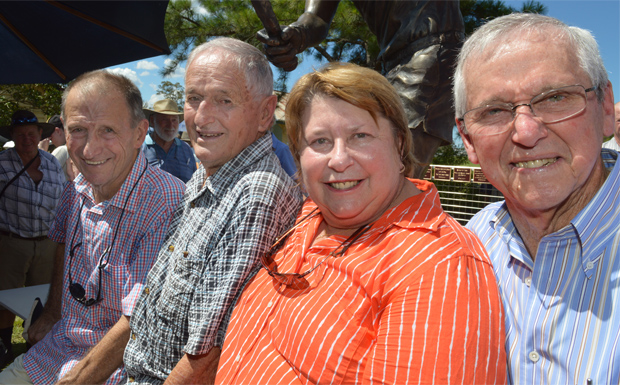 Roy, who was raised at nearby Nukku, was made a Companion of the Order of Australia (AC) for his “eminent service to tennis as a player at the national and international level, to the promotion of the sport, and as an inspiration to young sportspersons”.

This is the latest tribute for the sporting legend, who is remembered in Blackbutt with a bronze statue and a small museum in his honour.

In August 2000, Roy was awarded an Australian Sports Medal.

In 2016, he was named an “Australia Post Legend” and his image was used on postage stamps.

These days Roy, 82, lives in Newport Beach, California, but makes regular trips back to Australia.

He attended the recent Australian Open in Melbourne and posed for photos with winner Novak Djokovic after the final.