A Big Thank You To Everyone 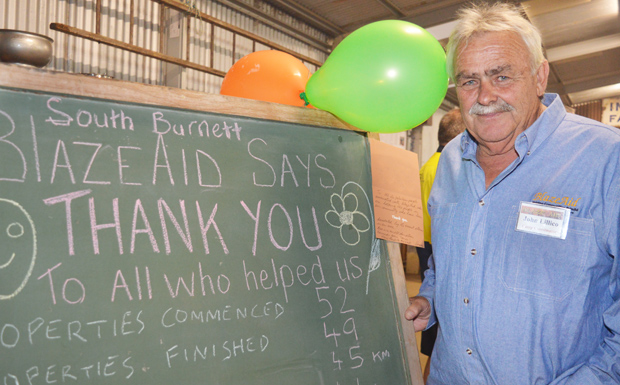 BlazeAid South Burnett camp co-ordinator John Lillico, who travelled down from Muttaburra for the project, reviews some of the vital statistics achieved

The BlazeAid camp near Kingaroy Airport – which has been operating for a little over a month – will be officially breaking up this week.

A total of 52 volunteers helped out at the camp, including the co-ordinators, kitchen workers and admin helpers.

Volunteers from across Queensland, NSW and Victoria have been cleaning and mending fences, clearing away debris and generally helping on farms in the Hodgleigh, Booie and Coolabunia areas which were devastated by last month’s wild storm.

The call for help went out from Deputy Mayor Kathy Duff and Murgon businessman Leo Geraghty, and the BlazeAid team quickly responded.

Leo, who helped organise the BlazeAid camp when they came to the South Burnett after the 2013 floods,  gave a brief history of the organisation.

The movement was the idea of Victorian sheep farmer Kevin Butler, a victim of the Black Saturday bushfires in 2009.

Since then, the volunteers have travelled all over Australia “wherever there is a need”.

This is the fourth time they’ve set up somewhere in the South Burnett but the first time in Kingaroy.

Camp co-ordinator John Lillico drove from Muttaburra to take control of the project.

He praised the support the camp had received from the South Burnett Regional Council, local service clubs, church groups and individual volunteers.

“I have done 11 BlazeAid camps now and the community support here is the best I have seen,” John said.

A touching thank you to the volunteers came from 95-year-old Eileen Horne, from East Nanango.

BlazeAiders helped out on her property after the storm.

“In 95 years, I have never asked for help before,” Eileen Horne told southburnett.com.au.  “I think they are fantastic.”

South Burnett Mayor Keith Campbell handed out small gifts to the volunteers who assisted with the clean-up.

Leo urged any of the volunteers who wanted to continue helping out locally to now head northwards to Lower Wonga Hall where a BlazeAid camp is helping out at the 26,000 acres of farming land burned out in September in the Woolooga / Sexton area. 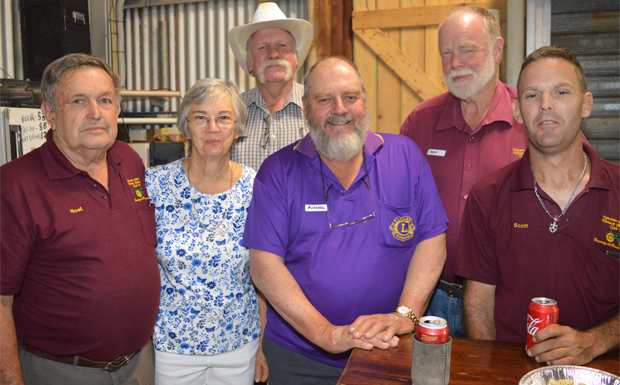 The camp couldn’t have happened without the help of the Kingaroy & District Vintage Machinery Club which offered their facilities for the project … from left, Noel and Jan Barsby, Kingaroy; Matt Lonsdale, Russell Dower (who was also volunteering with Wooroolin Lions), club president John Sloan and Scott Barsby, Kingaroy 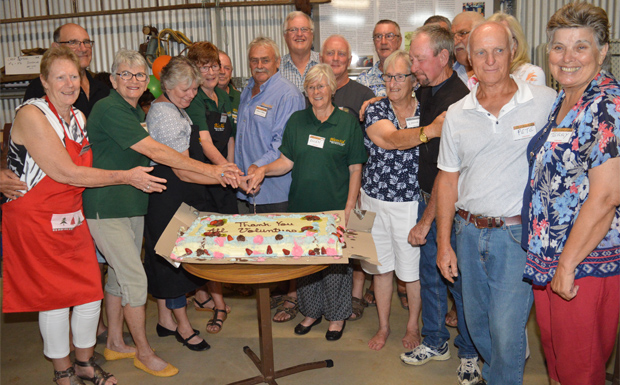 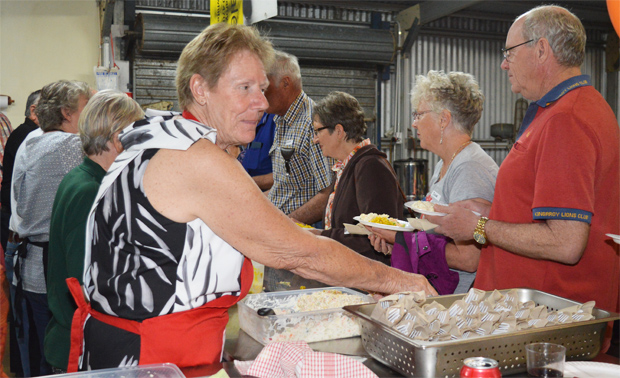 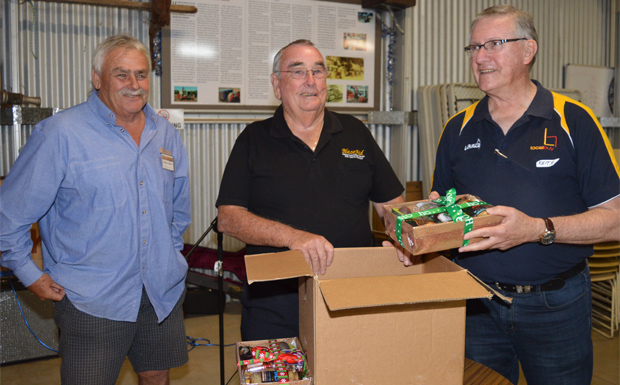 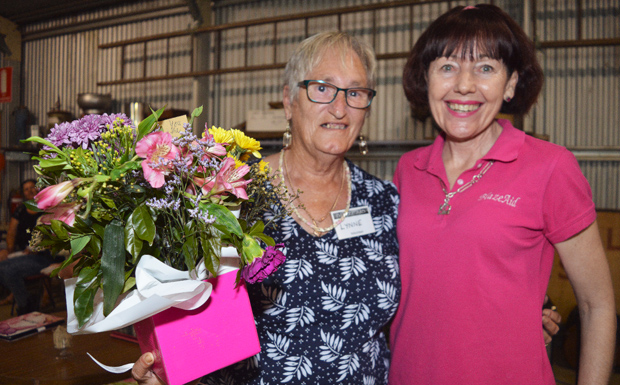 Deputy Mayor Kathy Duff presented Lynne Walters, from Nanango, with a bunch of flowers as a thank you for her help in organising the camp 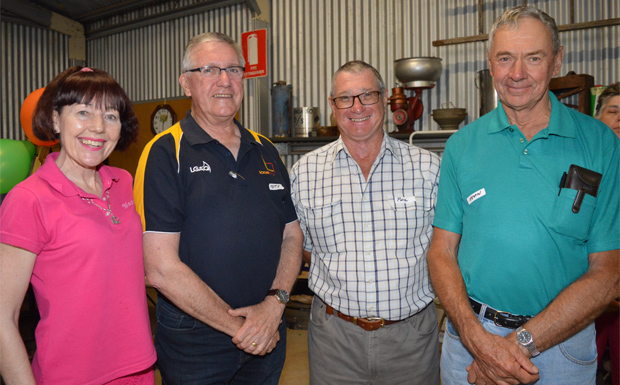 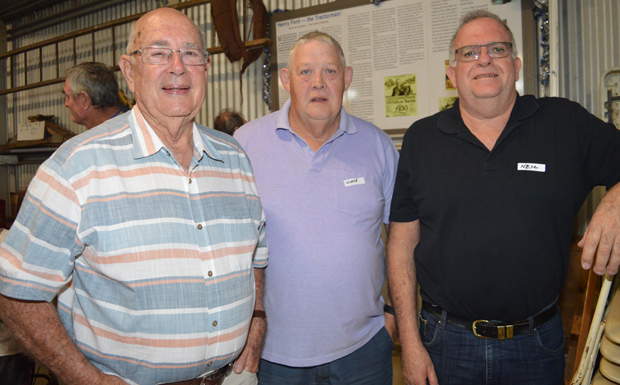 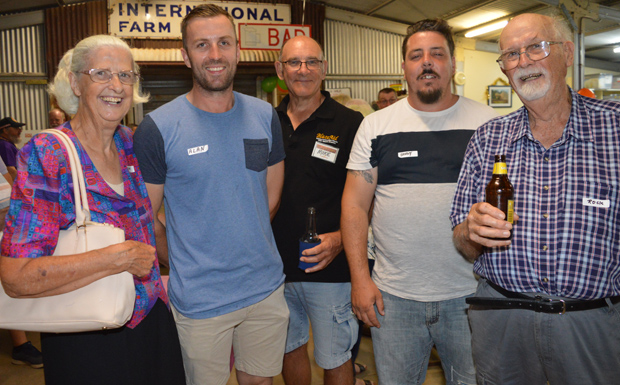 Ann, left, and Rock Boothroyd, right, with some of the people who helped out on their Hodgleigh property … Alan Coe, Brisbane; BlazeAid volunteer Mike Gaspert, Sunshine Coast; and Brent Weekes, Nanango 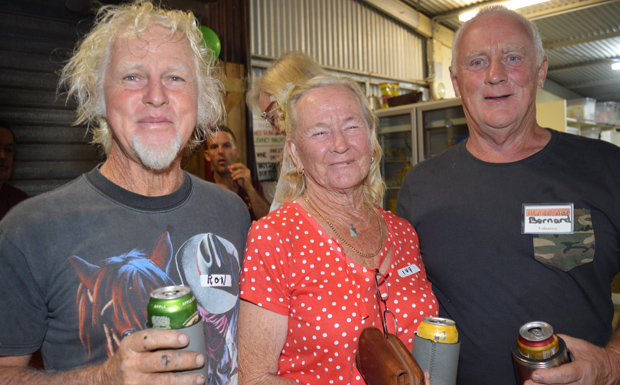 Ron and Ivy McKinnon, from Hodgleigh, with BlazeAid volunteer Bernard Brennan, from the Sunshine Coast, who had been helping at the camp from Day 1 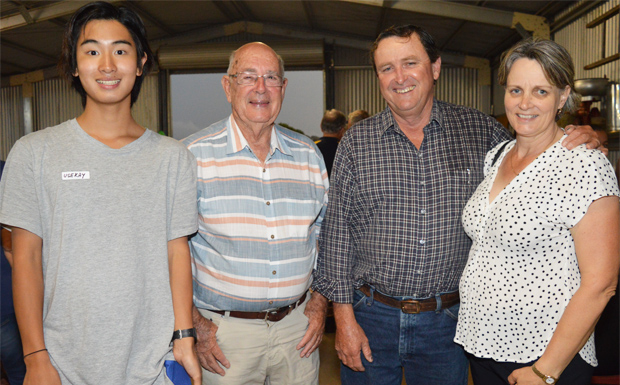 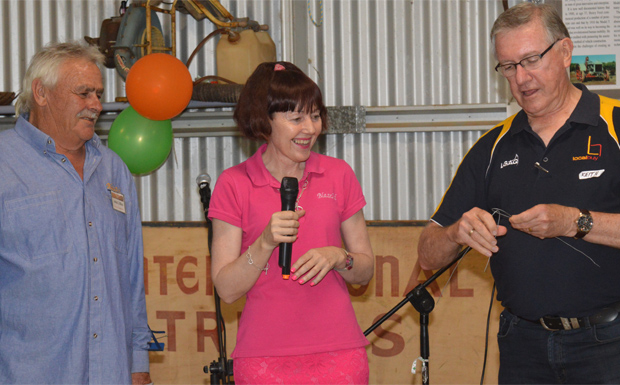 A highlight (?) of the night was a challenge to Mayor Keith Campbell to make a Figure 8 wire knot, a necessary skill when mending a fence … he failed 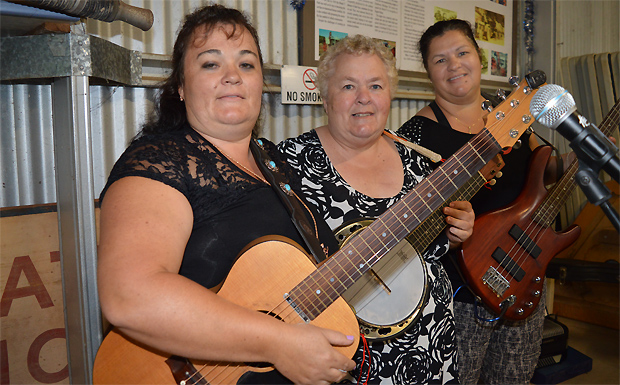 The Sempf Family, from Blackbutt, provided musical entertainment on the night

A large crowd of local and visiting volunteers, and farming families, gathered at the Kingaroy & District Machinery Club’s meeting shed for the “thank you” dinner