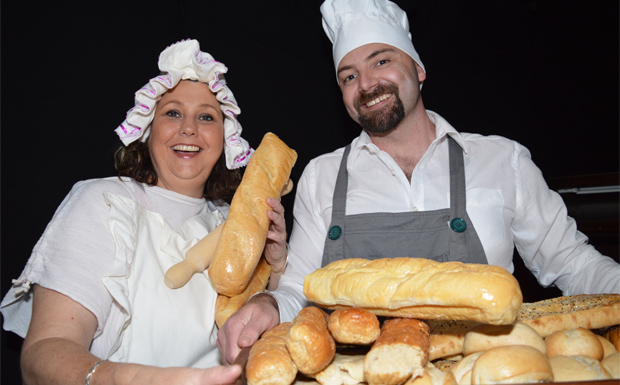 The cast and crew of Beauty and the Beast have cooked up another winner … Susan Donohue and Kiall Rowberry play simple townsfolk, the baker and his wife 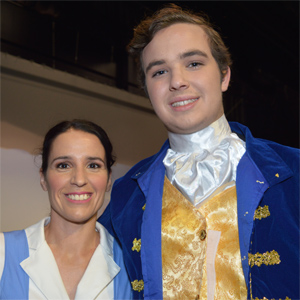 The musical is the largest staged by the not-for-profit group.

It’s also the first major event to be held in the new KPAC venue at Kingaroy State High School.

Beauty and The Beast tells the tale of a young woman, Belle, who becomes imprisoned by a Prince who has been turned into a Beast by a female sorcerer.

Can he learn to love (and be loved in return) in time to break the spell?

There’s an enchanted castle, enchanted candlesticks and even a talking teacup … enough to keep the whole family entertained.

As well as the big cast, Beauty and the Beast also features some of the largest stage backdrops ever used by the group.

If you missed out on Friday night’s premiere, there’s still plenty of time to catch the production.

Tickets are $25 for adults and $20 for concession / students; five and under are free.

After the Kingaroy season finishes, the cast and crew will be off for a special performance at the Empire Theatre in Toowoomba.

This is the first time that the South Burnett Musical Comedy Society has been invited to appear at the historic venue.

This performance will be held from 7:00pm on Saturday, October 27, and tickets can be booked online 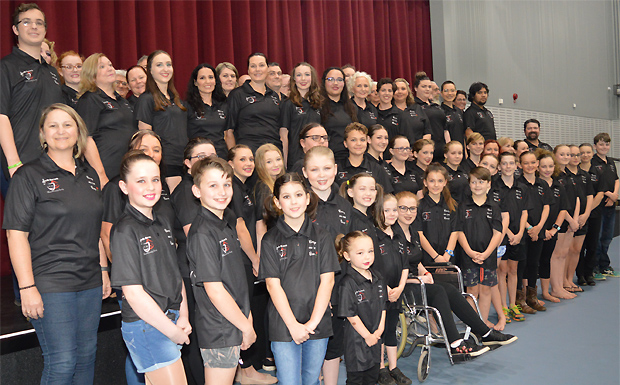