Bowlers Have A Ball At Challenge 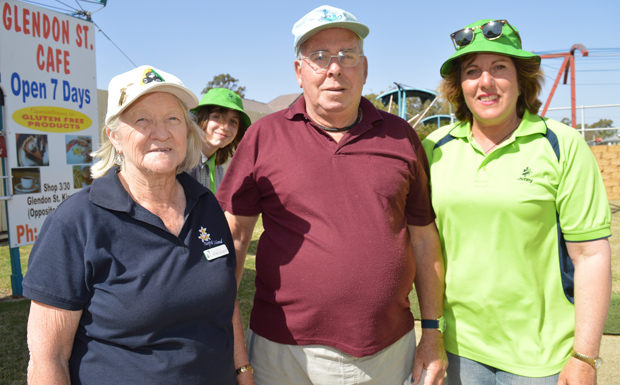 June Olsson and Ray Crawford, from Kingaroy, with South Burnett Autism Support Group founder Jenny Lutz and Talis Lindbergs, 13, from Nanango (at back) 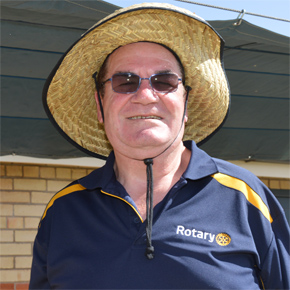 Bowlers and non-bowlers were having a go, with spot prizes being handed out.

Rotary Club member Wayne Bushell prepared a range of different-flavoured hamburgers for lunch, with about 70 being snapped up by the bowlers.

The South Burnett Autism Support Group was founded by Kingaroy mum Jenny Lutz in the mid-1990s.

Jenny is still the local contact for the group, and was out bowling with the best of them on Sunday.

She was recognised for her work with the presentation of the Parent/Carer Award at Autism Queensland’s 2017 Creative Futures Recognition Awards.

Jenny was praised for her tireless work in guiding, mentoring and supporting families and individuals in the South Burnett living with autism.

The South Burnett Autism Support Group meets on the first Friday of the month at SBCare in Kingaroy.

There are about 50 children in the group. 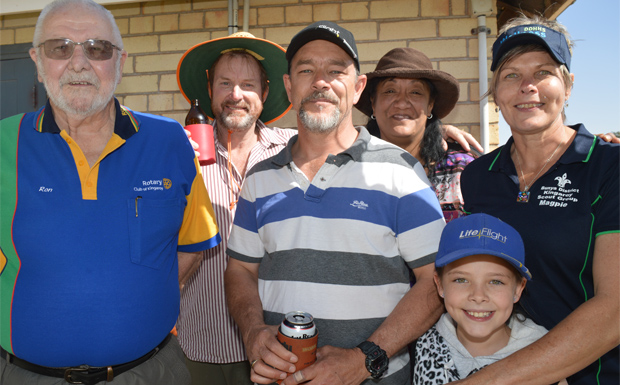 Ron Roberts (Kingaroy Rotary) with Pete and Tracey Dawson, from Taabinga (at back); Cardell Turner (South Burnett Flight Savers) and Lois and Maddie Turner, 8, from Kingaroy 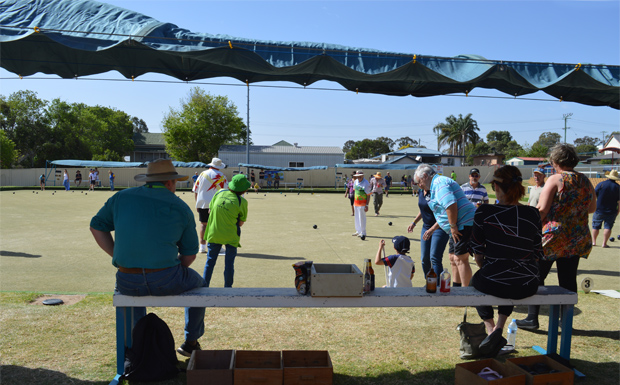