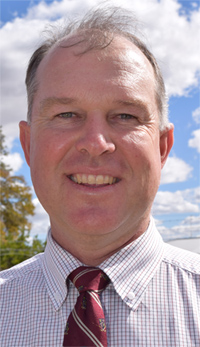 The LNP has accused the State Government of “sitting on its hands” despite more than 180 properties in the tick-free zone now tick-infested.

Shadow Agriculture Minister Tony Perrett accused the State Government of having a “blatant disregard” for graziers living on and near the tick line.

“Labor’s Agriculture Minister has reluctantly admitted that he was happy to review the tick line, but stopped short of committing to a review into the cattle tick framework and regulations,” Mr Perrett said.

“It appears that the Minister is trying to weasel out of the State’s biosecurity obligations by admitting that the review will only look at the tick line solutions ‘all with the least amount of additional resources or costs’.

“It is simply not good enough.

“Queensland farmers and graziers deserve better and shouldn’t have to pick up the government’s slack.

“When the government walks away from its biosecurity obligations that means extra cost, time, red tape and frustrations for farmers.

“As a grazier and landholder in the ticky area, I know firsthand the increased time, hassle and cost associated with managing cattle across the tick line, so I understand people’s passion about this issue.

“I’m calling on the Labor Government to deliver the proper policed and resourced tick line it promised landholders and end the charade and faux pre-review consultations.