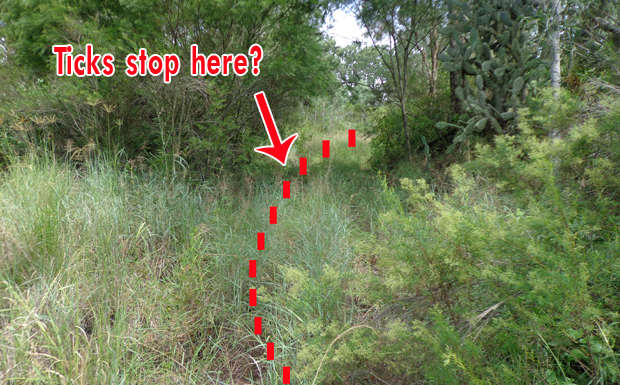 An unsealed and unformed section of Coalbank Boundary Road ... not suitable for a tick line boundary says Member for Nanango Deb Frecklington

Agriculture Minister Leanne Donaldson has dismissed complaints from cattle producers in the Coalbank area, south of Cooyar, about the placement of the new tick line boundary.

However, she has left the door open for further consultations, which Member for Nanango Deb Frecklington said on Monday she would pursue on behalf the farmers.

When the three options were unveiled by the State Government in December last year, the third option – the one ultimately selected by the government – was supposed to follow major roads, creating a natural boundary between tick-free and tick-infested country.

But the new maps released in June for the area between Cooyar and Crows Nest not only shifted some landholders from “clean” country into the ticky zone, they also partially followed Coalbank Boundary Road which is unformed in places.

At the time, Member for Nanango Deb Frecklington said she had received very concerning feedback from producers on the western side of the New England Highway who could not understand why the line had been moved so dramatically.

“In June I wrote to the Minister for Agriculture on behalf of primary producers in the Coalbank/Thornville District,” Mrs Frecklington said,

“My letter requested an explanation for the choice of this road as the new tick line and immediate reconsideration for the movement of the line to the New England Highway. The response I have received from the Minister is disappointing to say the least.

‘Departmental officers have advised that the Coalbank Boundary Road is trafficable for the majority of its length. There is approximately 300 metres that is not trafficable or double fenced. The overgrown nature of the road, as demonstrated by the supplied photograph, would indicate that it is a stock free environment and a suitable buffer.’

“During the recent Parliamentary Estimates Hearings, the Minister was questioned on ramifications of the new tick line location, reduction in property values and communication with landholders.

“Her answer lacked detail or compassion, however, Minister Donaldson said: ‘If I have evidence put in front of me, I will look at it’.

“This response leaves me with an opportunity to continue to push for the reconsideration of the tick line in the Coalbank region and I have called on the Minister in an effort to see a common sense outcome for our primary producers.”