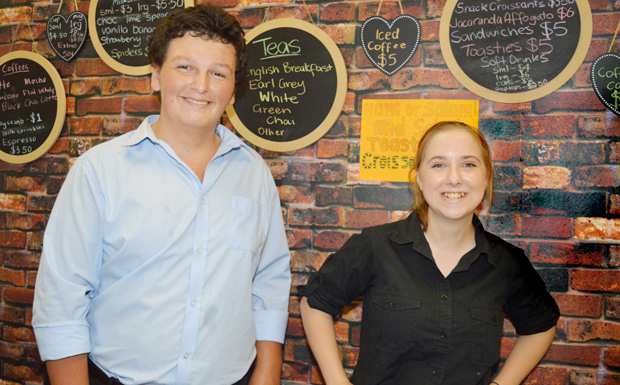 Brian Smith and Skye Palmer, from Proston, were working hard at the Jacaranda Tea Rooms

Proston traders opened their doors on Saturday night to welcome in late-night shoppers heading towards the new-look and relocated Christmas Carnival.

Families walking down Blake Street towards the carnival in Railway Park could stop into NB Inspirations, Proston Health and Beauty or Jacaranda Tea Rooms for a last-minute Chrissy present or a quick snack.

Down in the park, there was live music, children’s rides and games, stalls, a ham wheel as well as a licensed bar.

Santa Claus – who had been unable to make it to Hivesville on Friday night – made up for it in Proston, with a guest appearance near the old railway station building and plenty of lollies to go round. 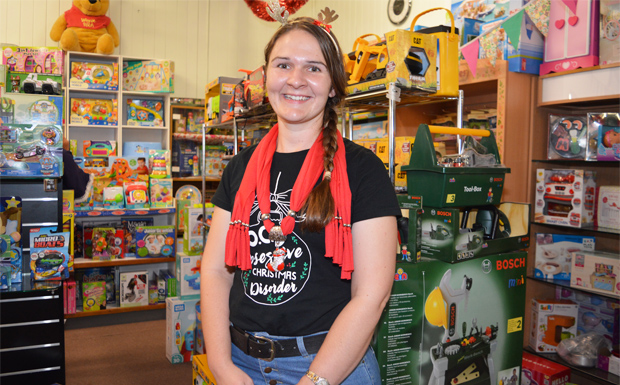 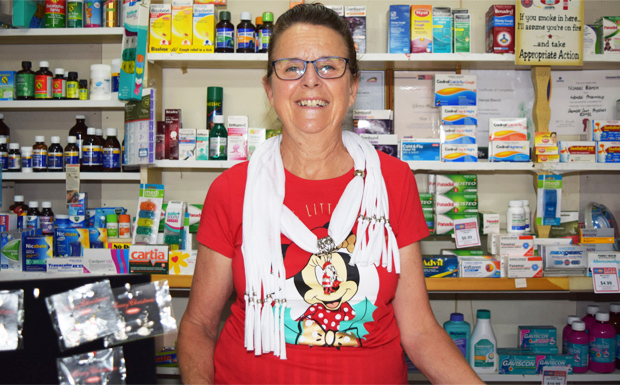 Proston Health and Beauty was also open for late night shoppers ... Glenys Blanch was behind the counter 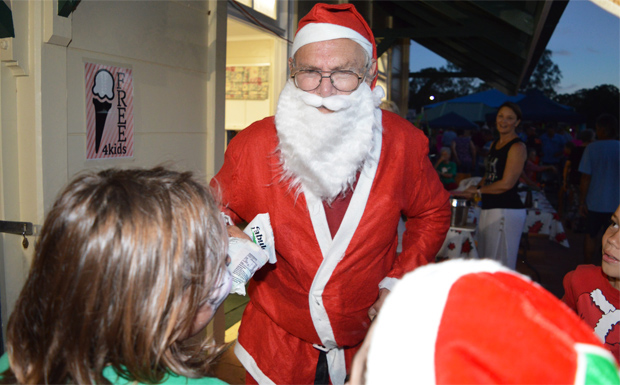 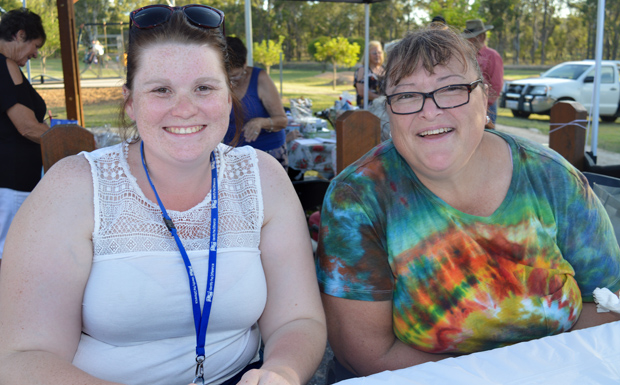 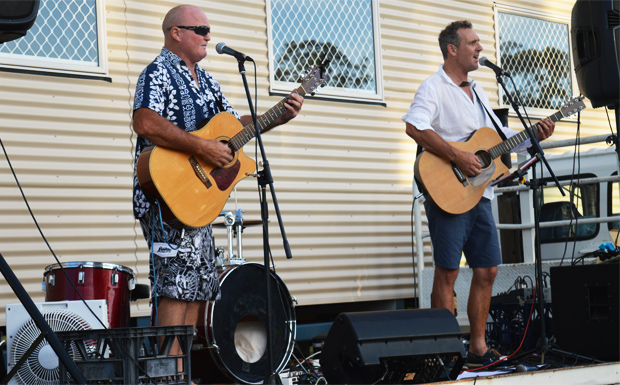 Dave Hall and Phil Butterworth, from Misleading, were entertaining the crowd 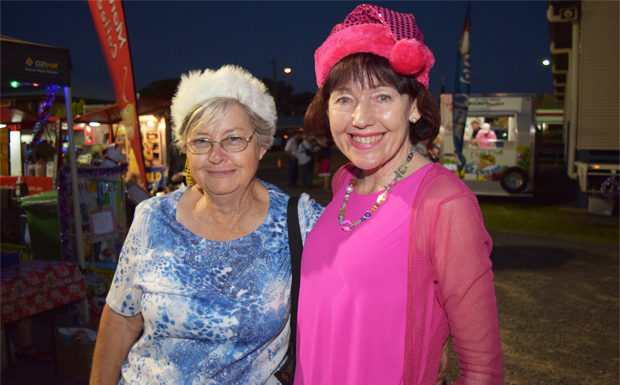 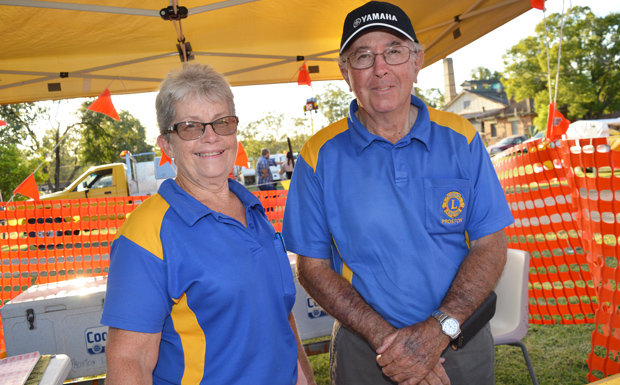 Jan Barsby and Les Blanch, from Proston Lions, were looking after the ham wheel and bar 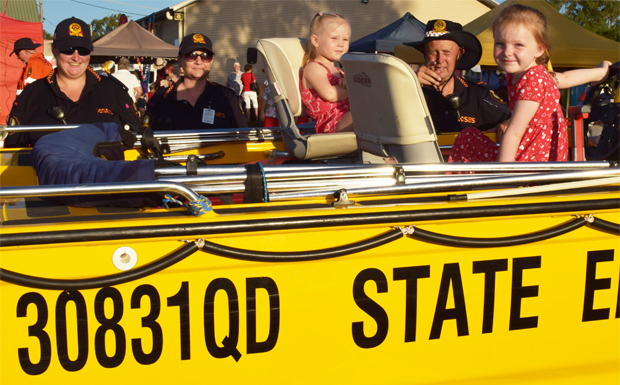 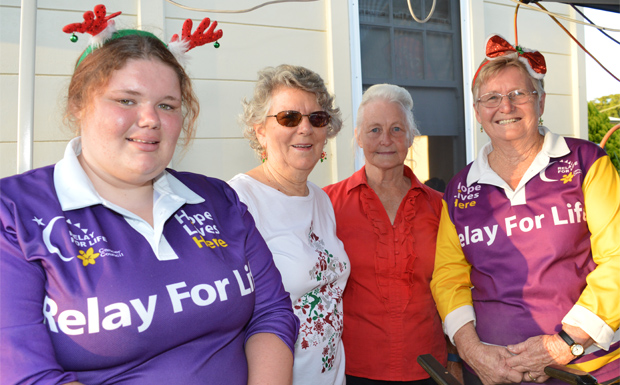 Raising funds for Relay For Life by selling hot chips were Hayley Flint, Nalda Seng, Brenda Johanson and Noela Ardrey, all from Proston 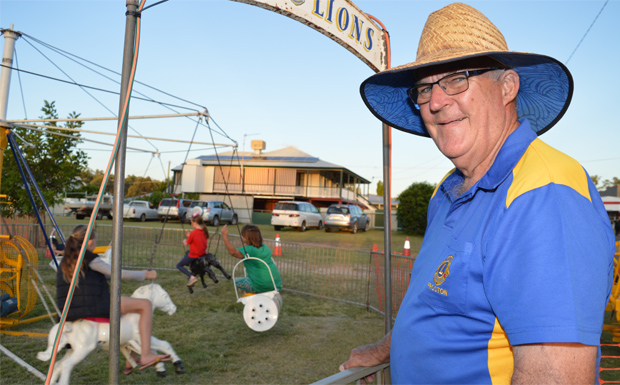 Bevin Barsby, from Proston Lions, was looking after the Murgon Lions' merry-go-round 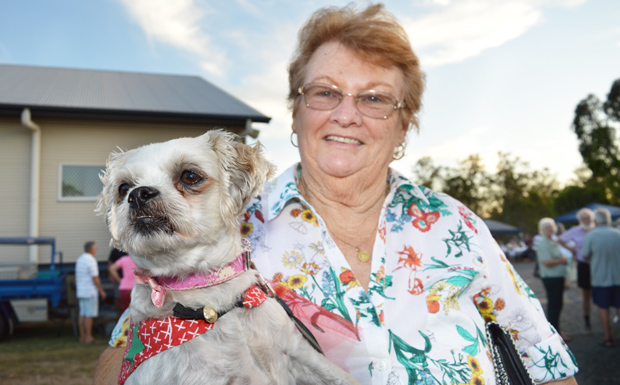 Judy Garland. from Proston, with Bindi who was wearing her Christmas finery