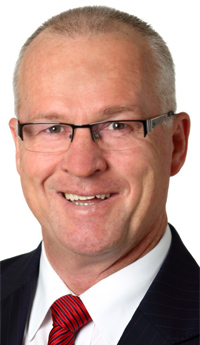 Local Government Association of Queensland president Mark Jamieson has spoken out in favour of the Labor Government’s “Works For Queensland” funding program.

This follows the news an LNP Government would bring back its “Royalties For Regions” concept, but has stayed quiet about the future of “Works For Queensland”.

The “Works” program provides untied grants to individual Councils to spend on many small job-creating projects, while the “Royalties” scheme will most likely fund larger infrastructure schemes.

“There are hundreds of projects across the state under the Works for Queensland banner delivering real benefits to the community in terms of jobs and infrastructure. Councils constantly remind me of its success,” Cr Jamieson told the Sunshine Coast Daily newspaper.

He described the LNP’s rejection of the “Works” program as “disappointing and unwarranted”.

The ALP on Tuesday welcomed the LGAQ’s support.

Deputy Premier Jackie Trad said that if the LNP cut the program, “thousands of jobs and hundreds of regional projects” would be put in danger.

“This program was on the top of the LGAQ’s election wish list for a reason, because it works,” Ms Trad said.

“We know that councils are the heart of our regional communities and we want to support them to deliver the jobs and infrastructure that our regions need to thrive.

“Meanwhile, the LNP have made it clear that they will cut this program. That’s 1300 projects and thousands of jobs slashed under a Nicholls LNP Government.

“We’ve seen them do it before. When he was Campbell Newman’s Treasurer Tim Nicholls ripped the guts out of council funding, with only $104 million in Local Government grants in his last Budget.

“That’s just a third of the $297 million we are investing in Local Government infrastructure in 2017-18.”

Cr Jamieson said the LGAQ had originally proposed the Works For Queensland program and had worked on the details with the Palaszczuk Government over several months.