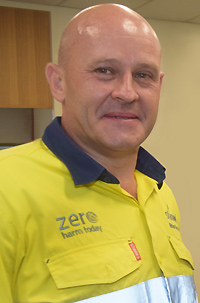 Stanwell Corporation and Toowoomba Regional Council have been named as finalists in different categories at the 2017 Workplace Health and Safety Queensland “Safe Work and Return to Work Awards”.

Tarong Power Station is a finalist in the “Most Significant Improvement To Work Health and Safety Performance” category.

Toowoomba Regional Council is a finalist in the “Best Rehabilitation and Return To Work Management System” award.

A Stanwell spokesperson said Tarong Power Station achieved a 30-year benchmark for its safety performance during the Unit 1 overhaul in 2016.

Stanwell Chief Executive Officer Richard Van Breda said the nomination in the “Most Significant Improvement” award recognised the effort which went into managing and improving overhaul health and safety at Tarong Power Station and all Stanwell sites.

“These contributions are evident across sites, within teams and with our overhaul partner UGL, where learnings, ideas and support have resulted in improved safety performance,” Mr Van Breda said.

“Stanwell has an established culture of continuous improvement across all our sites which culminated in the outstanding Unit 1 safety result.

“In 2016/17, Stanwell had its safest year yet, achieving a record low in the number and frequency of injuries.”

Tarong Power Station Health and Safety manager Owen Bevan has been named as a finalist in the “Best Individual Contribution To Work Health And Safety” category.

A Stanwell spokesperson said this was because of his drive and leadership across the business.

The winners will be announced by safety ambassador Shane Webcke at an awards ceremony on October 18 in Brisbane.