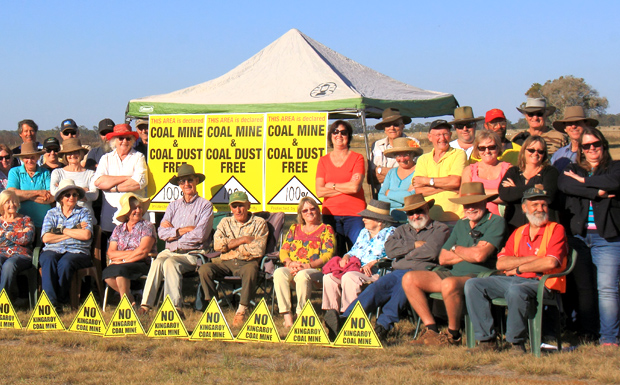 Residents of Taabinga Village near Kingaroy declared on Saturday they want to remain a coal-free community.

The village would be the residential area most directly affected by Moreton Resources’ Kingaroy coal mine if the project proceeds.

About 50 people gathered at Taabinga Village to witness a petition signed by local residents being presented to South Burnett councillor Danita Potter.

Anti-mine protesters say there are 45 homes at Taabinga Village which would be  located just one kilometre from the mine.

Residents fear the area may face a future similar to the now-deserted town of Acland if the coal mine is developed.

“We were well aware of concerns about this poorly positioned mine, but a formal survey of all residents is the strongest and most indisputable expression of this,” KCCG organiser Marilyn Stephens said.

“We were not at all surprised that 100 per cent of those surveyed were passionately against the mine.”

The survey was conducted by a group of five KCCG members who visited all homes in the Taabinga Village area. 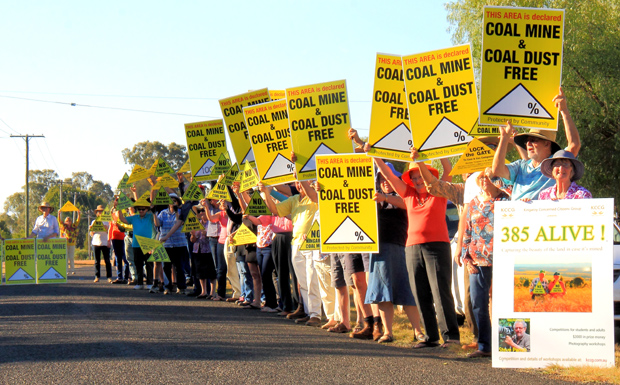 Taabinga Village residents have joined the KCCG's action against the proposed coal mine (Photo: KCCG)