Railway Station Getting A Facelift 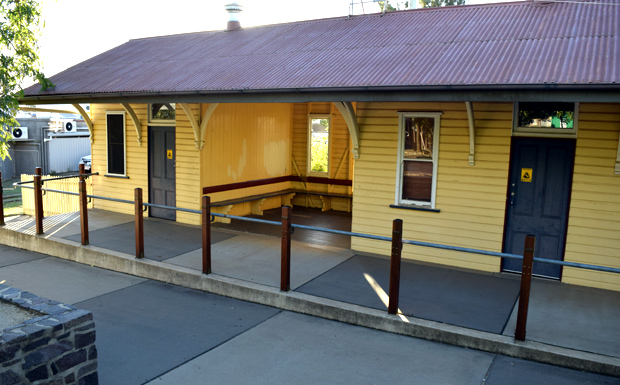 The South Burnett Regional Council will be giving the former Kingaroy Railway Station a facelift this year.

The station, which was built in 1905, is located on the north-western side of O’Neill Square at the corner of Haly and King Streets.

It was purchased by the former Kingaroy Shire Council when the rail line was decommissioned for passenger services.

The building was moved from its original location when Kingaroy Shire Council began redeveloping O’Neill Square in 2002, and was used by the Kingaroy Chamber Of Commerce as an office for several years.

On Wednesday, the Council announced it will be repainting the building in a two stage process.

The station’s roof will be repainted over a one week period commencing this Thursday (April 6), weather permitting.

The building’s external walls will be repainted later this year.

Council advised that pedestrian access to O’Neill Square will be affected during preparation and painting work.

Redirections will be put in place to minimise any inconvenience to the public.

Any resident who wants more information about the project can contact the Council’s Customer Service Centre on (07) 4189-9100.