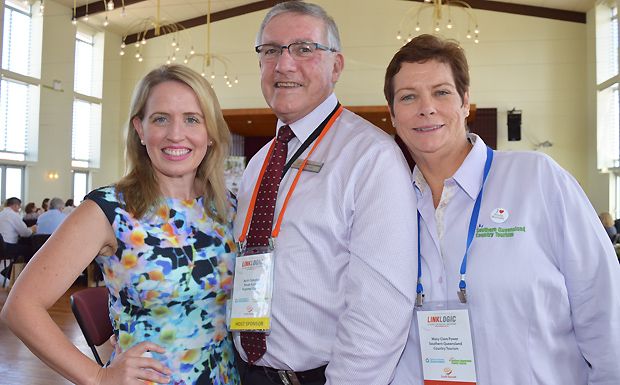 It means that $2.57 million worth of road repairs will go ahead within the next few months as well as a $180,000 upgrade at Boondooma Tourist Park and a $350,000 second bitumen seal of the southern section of the South Burnett Rail Trail.

Tourism Minister Kate Jones, who was in Kingaroy on Tuesday to officially open the South-East Queensland Country tourism conference, surprised guests with the the good news during her official speech.

She said Council would also receive a grant to repair the roof of Kingaroy Town Hall.

A letter from Ms Trad commended Council for its speed in submitting a list of appropriate projects after the “Works For Queensland” program was announced.

On January 19, Council was told it would be given $4.26 million from the State Government’s new job creation program, providing it could submit enough suitable maintenance and minor capital works projects to the Department by early February.

The Council is required to complete the projects by November, ensuring nine months’ work for local jobseekers and contractors.

Other major projects include:

The projects are expected to generate about 34 full-time jobs, with 10 of the positions being Council employees.

The balance will be filled by local contractors, and retaining some existing trainees beyond their standard 12-month work contract.

Mayor Campbell said he was very grateful to the State Government for the Works For Queensland program which will help the Council get ahead on its maintenance schedule, and also provide a welcome short-term economic boost to the region.