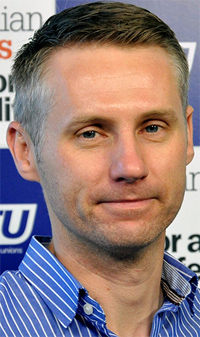 The ACTU has welcomed the interim report and recommendations of a Senate Committee inquiry into the retirement of coal-fired power stations.

Unions and conservation groups have been calling for a “just transition” for workers.

ACTU Assistant Secretary Scott Connolly said he was pleased to see that the committee had supported an ACTU call for an independent statutory authority to oversee the transition of the energy sector and help to ensure long-term employment for workers.

“We know that this model has been very successful in Germany, where a coal-mining industry that once employed hundreds of thousands has been effectively closed without a single forced redundancy, and with opportunities for workers to access early retirement, retraining and industry re-deployment,” Mr Connolly said.

“We should not settle for any less in Australia and we call on the Federal Government to look at the recommendations passed down by the committee and develop a national plan that ensures a future for the workers in the electricity sector.”

At a recent community update, representatives from Stanwell refused to speculate on how long the Tarong and Tarong North power stations would continue to operate, saying only that they wanted to be “the last coal-fired generator standing” in Queensland.