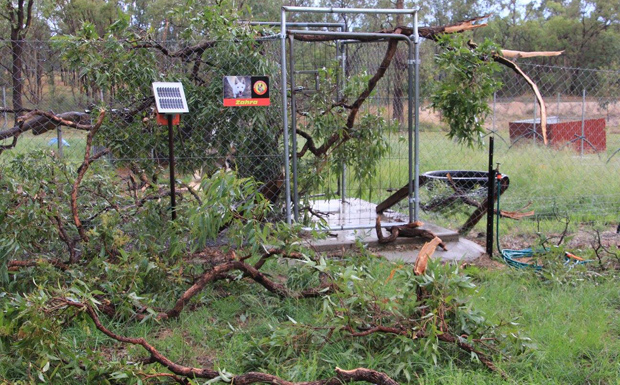 More than 10,000 homes in the region lost power as a string of storms crossed the South Burnett on Saturday afternoon and evening.

Many were caused by tree branches falling across lines.

Almost 60 different incidents were reported to Ergon Energy but many involved just one or two houses.

Another 480 customers in the Wooroolin, Wondai, Crawford, Memerambi, Crawford and Tingoora areas, and the northern parts of Nanango, were blacked out for about 15 minutes from 6:00pm.

In the Kingaroy and Booie areas, about 250 Ergon Energy customers lost power at 5:00pm and did not get it back until after 4:00am.

Earlier in the afternoon, there were blackouts at Coolabunia and Blackbutt as the first of the heavy storms passed through the region.

SES Kingaroy controller Peter Verbakel said SES crews had a surprisingly quiet evening with only a few calls for assistance in the Kingaroy and Nanango areas, mainly for groundwater threatening to enter homes or roof leaks.

In the Blackbutt area, SES crews assisted with removing several trees which fell across roads.

There was some minor flash flooding across roads but the water quickly drained away.

As a result, key components of the plant are being manually operated.

Kingaroy residents have been asked to help reduce water demand by limiting any non-essential water use.

It is hoped that repairs will be completed by the end of the week, depending on availability of spare parts. 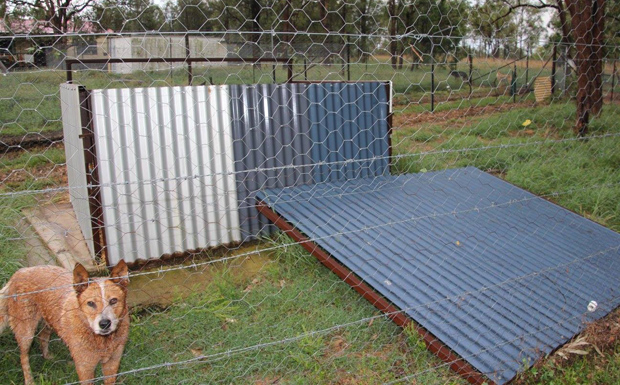 Where's my roof ... one of the dens at the Durong Dingo Sanctuary which lost its roof on Saturday
(Photo: Simon Stretton)