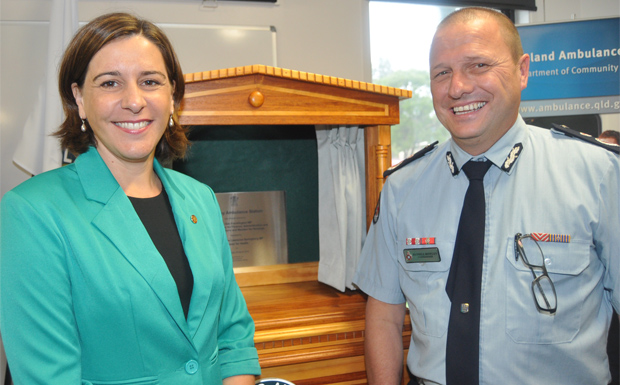 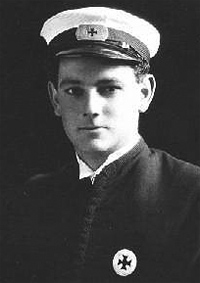 Kingaroy’s new $2.975 million ambulance station, which was officially unveiled this morning,  includes a permanent memorial to one of the town’s most famous ambos.

Mr Biddle also had other claims to fame … he was the youngest ambulance officer in Australia at the time (1927) to be appointed superintendent.

He was also awarded a Meritorius Service Award for bravery after he was lowered by rope more than 18m down one of the narrow star bins in the Kingaroy peanut silos in 1948 to rescue three men who had fallen from collapsed scaffolding .

Mr Biddle was awarded an MBE in the Queen’s Birthday Honours in 1971 in recognition of his first aid work.

But he was also a prolific fundraiser, a fact recalled at today’s official opening of the new station by his son Alan Biddle.

He was a familiar sight around Kingaroy streets on the brigade pushbike.

In fact, he was still in uniform and riding this bike to pay a QATB account when he suffered a massive heart attack and died in 1972.

Mr Biddle’s name will live on with the naming of the training room at the station. 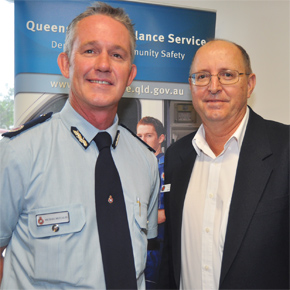 Construction took less than 12 months and came in under the original $3.5 million estimate.

It will house 10 staff and seven vehicles, with room for expansion to meet Kingaroy’s future needs. 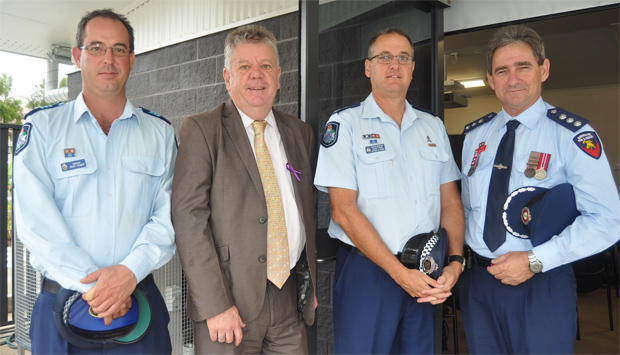 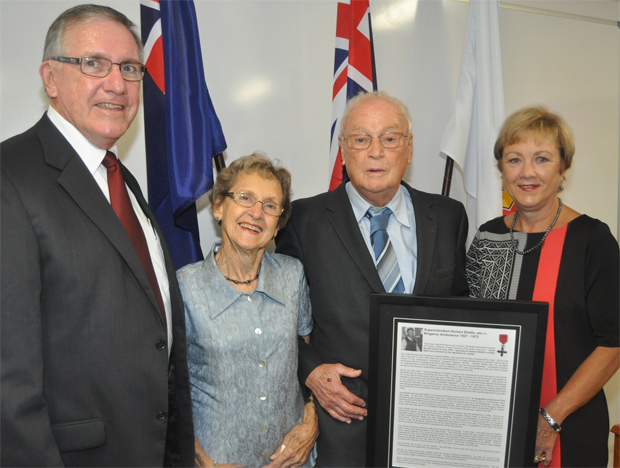 Deputy Mayor Keith Campbell lobbied successfully on behalf of the Biddle family to have Herbert Biddle remembered in the new station ... Cr Campbell is pictured with Joan and Alan Biddle and their daughter Wendy Soden who travelled from the Sunshine Coast for the official opening 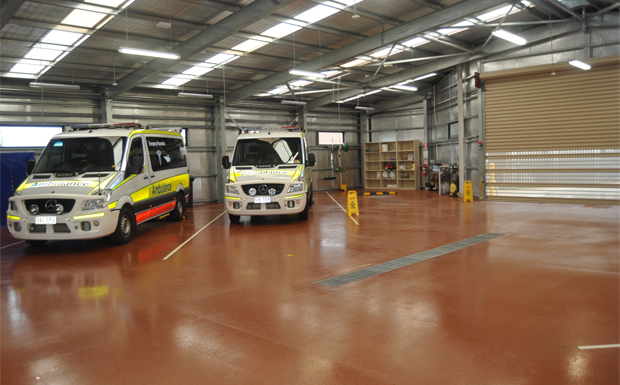