The drought status for the North Burnett and Western Downs council areas has been revoked.

Agriculture Minister Mark Furner said the total area of Queensland which is drought-declared has fallen from 61.1 per cent to 44.9 per cent after recent rainfall.

Minister Furner said Local Drought Committees had recommended the drought revocation of another six shires and one part-shire after a good wet season in some areas.

This follows the revocation of 11 council areas last month, including the South Burnett, Cherbourg, Gympie and Toowoomba.

“I remind all producers that they now have access to the new proactive drought-preparedness measures including tailored training, grants and loans available through QRIDA.

“However, if accessing the new assistance from QRIDA, they will no longer be able to access DRAS which is being phased out and will not be available if areas become drought-declared again in the future.

“If a producer is experiencing difficult conditions in a Council area that is not drought-declared, then they could apply for an Individually Droughted Property (IDP) declaration. This gives them the same access to our drought assistance as an area declaration.” 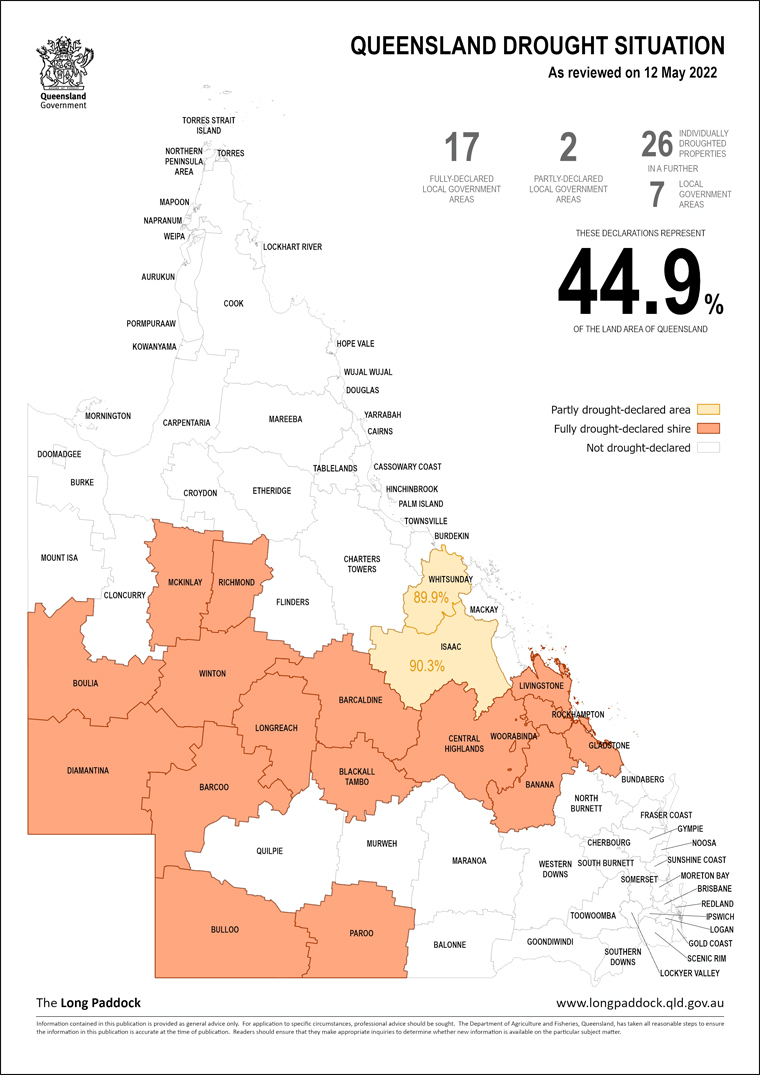